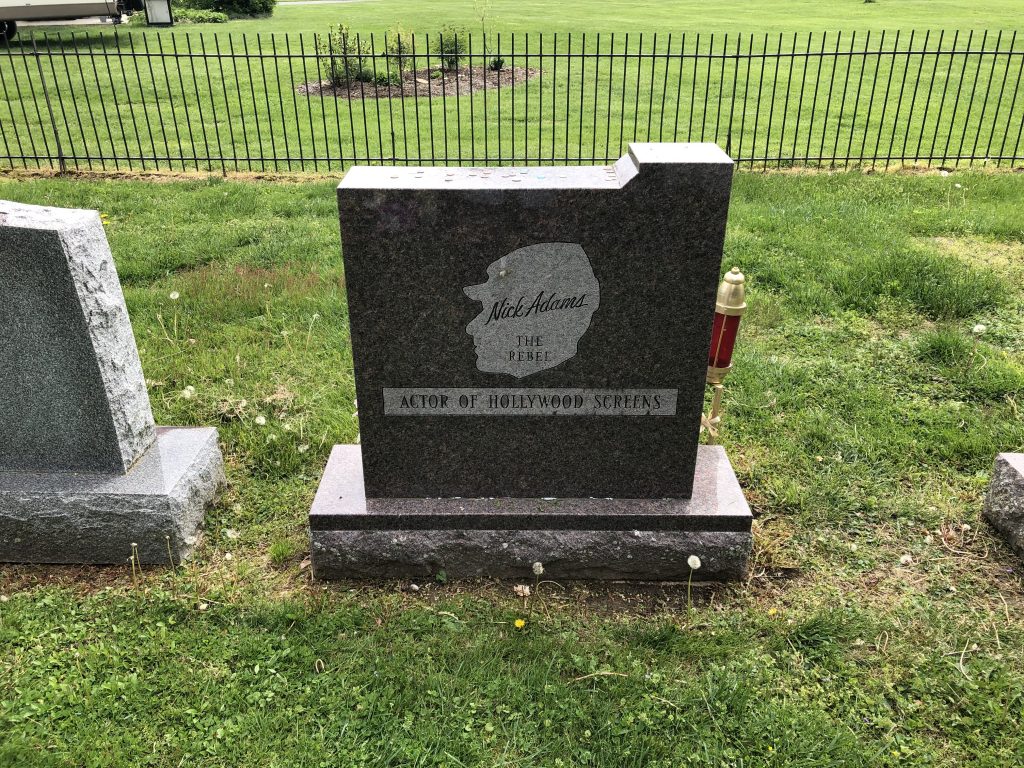 Take an Oscar-themed tour through Pennsylvania

Let’s say you wanted to visit the places in Pennsylvania that produced an Oscar-nominated actor or actress. Combing through the origin stories of each person fitting that description would be time consuming, but you’re in luck. I’ve already done the hard part. All you have to do is hop in your car and start your Oscar-themed tour through Pennsylvania.

Assuming you’re inexplicably starting your tour at the Standard-Speaker’s headquarters in Hazleton, make the short trip to Jack Palance’s hometown of Lattimer. Palance, born Volodymyr Palahniuk, was a three-time nominee born in 1919, a hair over 10 years before the first Academy Awards took place on Hollywood Boulevard in Los Angeles, nearly 2,700 miles away from Lattimer.

From Lattimer, hop on Interstate 81 wherever you please, head north and take the necessary steps to ride the Sans Souci Parkway into Nanticoke, the birthplace of Nick Adams. Early in their acting careers, Adams and Palance actually crossed paths in New York and bonded over their regional connection. After forming friendships with James Dean and Elvis Presley, Adams died at age 36 in 1968. His decorated tombstone is located in Berwick.

Take the Sans Souci up river to the county seat of Luzerne County, Wilkes-Barre. Mary McDonnell, best known for her nominated role in “Dances with Wolves,” was born in Wilkes-Barre but raised in Ithaca, New York. McDonnell’s character in “Dances” is the daughter of American settlers who is brought up in Native American culture. Students of local history can draw some similarity between that story and the one of Maconaquah, known as Frances Slocum and the namesake of another locality of Luzerne County.

Use Route 115 to catch the Pennsylvania Turnpike in Bear Creek. Getting off at exit 56 will guide you into Allentown, the third-largest city in Pennsylvania and the hometown of Amanda Seyfried. Seyfried is the latest Pennsylvanian to be nominated for an acting Oscar, having been cited at the most recent ceremony for her work in “Mank.”

By continuing south on the Northeast Extension and making a sharp turn into lower Montgomery County, you’ll end up in Abington Twp. Bradley Cooper, a four-time acting nominee, was born there, and grew up nearby in the communities of Jenkintown and Rydal. Though Montgomery is the third-most populated county in the commonwealth, Cooper is the only actor to call it home.

And now it’s time to brave the traffic on the way into Philadelphia, the city responsible for more than 36% of Pennsylvania’s total acting nominations. George Bancroft, Ethel and Lionel Barrymore, Broderick Crawford, Bruce Davison, Janet Gaynor, Grayson Hall, Grace Kelly, Will Smith and Ed Wynn all called the City of Brotherly Love their hometown in their respective times.

The Delaware River is your guide from Philadelphia to Chester, the birthplace of the late, multi-talented artist Ethel Waters. Waters was the second African American ever nominated for an Academy Award, which she earned for her role in Elia Kazan’s “Pinky.”

From Chester, cruise for more than 200 miles across south-central Pennsylvania to arrive in Johnstown. Carroll Baker, who was also nominated for a film helmed by Elia Kazan, “Baby Doll,” was born in the city in 1931. When she was eight years old, she moved farther west with her mother and sister to Allegheny County.

A 45-minute ride northwest of Johnstown to Indiana is the cost of being in the proud hometown of Jimmy Stewart, whose five nominations include iconic turns in “Mr. Smith Goes to Washington” and “It’s a Wonderful Life.” Stewart lived at 104 N. Seventh St. In his honor, the town opened the Jimmy Stewart Museum and had a statue of him placed in front of the county courthouse. Needless to say, Indiana appreciates their homegrown legend.

Dive into the Pittsburgh suburbs and to the borough of Charleroi, which sits on the banks of the Monongahela River. Oscar winner Shirley Jones was born in Charleroi, later moved to Smithton, and attended South Huntingdon High School in modern-day Ruffsdale.

North of Charleroi, about 20 miles on back roads, sits McKeesport, whose Oscar representative is Aline MacMahon. MacMahon was raised and educated in New York City.

Navigating through city traffic once more, find your way into Pittsburgh. F. Murray Abraham, Gene Kelly, Adolphe Menjou and William Powell were born in the Steel City, and all but Abraham spent their formative years in the area. Kelly, especially, was deeply invested in Pittsburgh’s culture during the first 30 years of his life, specifically in the neighborhoods of East Liberty, Morningside and Squirrel Hill.

Michael Keaton, nominated for his performance in “Birdman,” was born in the western Pittsburgh suburb of Kennedy Twp., just off of Route 51, and graduated from Montour High School in Robinson. Before moving to Los Angeles, Keaton got an early acting gig in “Mister Rogers’ Neighborhood,” which was filmed in Pittsburgh. Keaton later hosted a television tribute to Rogers, a lifelong Pennsylvania resident.

The final stop on the tour requires a 90-mile trip north to Meadville. Before she was Oscar-nominated, Sharon Stone was raised in the Meadville area, graduated from Saegertown High School and began her college career at Edinboro at age 15. Despite her academic giftedness, Stone had already dealt with a number of personal tragedies before she left Pennsylvania for New York City.

You’ve completed the Oscar tour of Pennsylvania! Now that you’re in northwest Pennsylvania, please enjoy your hilly, rural ride back home through the heart of the state. Do this, knowing that Pennsylvania’s next Oscar nominee might be riding in the car next to you.