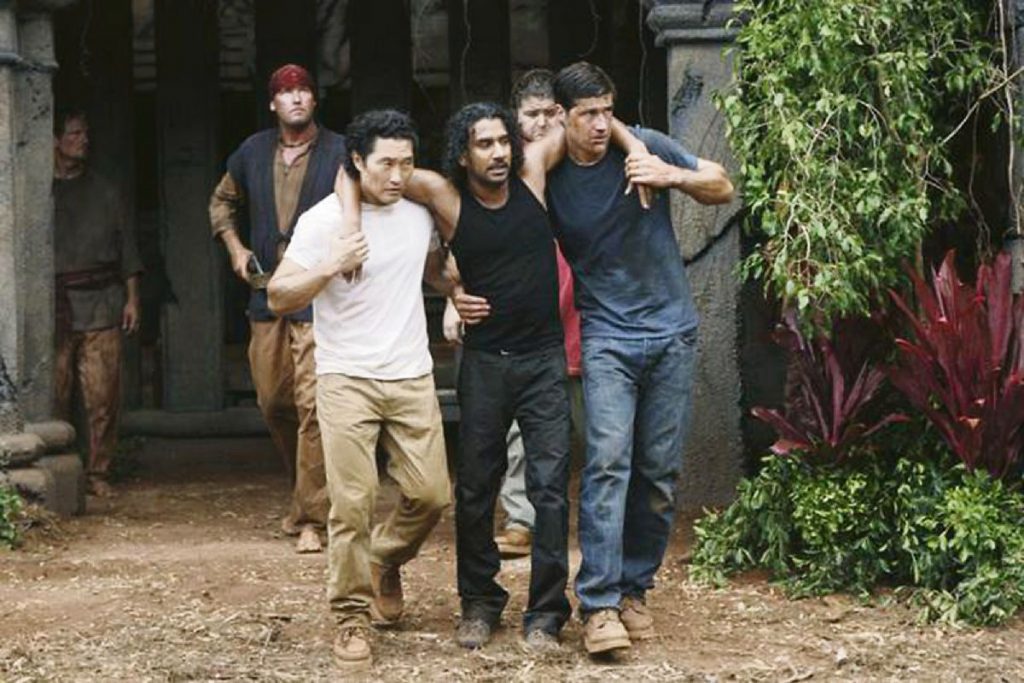 I don’t remember Sept. 11, 2001. I was alive, but I have no recollection of that day at all. I’m holding out hope that some inkling of a memory will come back to me at some point, but that moment has yet to come. My experience of 9/11 is one of retellings, research and media consumption.

Something I do remember is the premiere of “Lost,” the mysterious, controversial ABC show about plane crash survivors learning to live together or die alone on a supernatural island. That premiere first aired Sept. 22, 2004, just after the three-year anniversary of 9/11. Though I remember the premiere airing, I didn’t become attached to “Lost” until the later seasons, but the magic of DVD collections and Lostpedia allowed me to know as much as I could about the show headed into the finale.

Throughout my many subsequent re-watches of “Lost,” one of the great joys I get out of it every single time is Naveen Andrews’ portrayal of Sayid Jarrah. Apart from being a beast in combat, Sayid was a three-dimensional character filled with humanity and a complete pallet of emotional depth that is developed over six seasons. He’s one of the most immediately compelling and consistently endearing characters on a show with a massive ensemble cast.

One of the first stunning character reveals in the show is Sayid casually referencing that he is a veteran of the Iraqi Republican Guard. This isn’t stunning in the long-run, but there was a meta aspect to this character reveal. Three years after 9/11, and in the midst of the Iraq War, one of the “Big 3” cable stations was about to make a former Iraqi soldier into a hero every Wednesday night.

Let’s be clear: Iraq didn’t do 9/11. No country did, for that matter, but let’s leave that commentary for the editorial page. That all being said, it was still rather bold for ABC and the showrunners to feature Sayid so prominently, and not leave the fans to guess about his origins. The whole gimmick of “Lost” is to know basically every minute detail about each character, so there was nowhere for Sayid’s past to hide.

The writers really doubled down on getting the potential stigma around Sayid’s past out of the way quickly. In the pilot episode, one of the very best episodes of the show, Sayid is attacked by Sawyer, a Southern outlaw type who accuses Sayid of being responsible for the plane crash. Truly, “Lost” knew exactly what it was doing with this confrontation. There’s a hyper-awareness and tact that needs to go into approaching that specific prejudice at that specific time.

The prejudice directed at Sayid continues throughout the show’s run. Sawyer alone refers to Sayid as “Terrorist,” “Mohammed,” “Omar,” “Captain Falafel,” “Abdul Al Jazeera” and “Captain Arab.” To be fair, Sawyer also proves to be a rather complex character in the show as well, and his racist tendencies are not without some subtext from a screenwriting standpoint. The nicknames hurled Sayid’s way are obviously meant to urge at least some nervous laughter from the viewers. However, it’s still relatively common to hear a slur, derogatory remark or stereotype used against a person of Middle Eastern descent. Sawyer was, unfortunately, speaking the language of a lot of common people.

Behind all of this was the potential for Islamophobia, which is still rampant in the post-9/11 world, to be directed at Sayid during the show’s run, as the character is shown to be a practicing Muslim. Thankfully, I’ve heard nearly nothing of that sort of thing during my years of exploring “Lost” fandom. I’m pleasantly surprised by the lack of hate directed toward Naveen Andrews on this front, though I have almost no reason to believe that the actor himself is a Muslim. Unfortunately, Islamophobia often extends to all people who are of a darker complexion and have an accent. Clearly sad, but I’ve seen this too often.

I’ve also questioned whether Andrews would’ve gotten the part had the show been released in 2021. As a British man with Indian parents, Andrews is not what one would call authentic casting by today’s standards. That being said, his work is so convincing and sympathetic that it’d be hard to tell you I care about his lack of cultural authenticity.

Sayid Jarrah was one of the first Middle Eastern characters to debut on American television after 9/11. His success and status as a fan favorite have offered some hope to the many of us who love seeing some strong representation for minority characters. To be clear, I don’t appreciate Sayid only because he represents something. My admiration for the character comes from his own abundance of character, specifically in the face of real world circumstances altering the perception surrounding him.

For years, Sayid, with the help of some tactful writing, became representative of the humanity in a specific majority, who were persecuted in the public eye for years due to the actions of an incredibly warped and violent few.

Rage Against the Machine has helped to change my state of mind
What is rock 'n' roll?
Which decade of culture and life reigns supreme?
Separating art from an artist is a sensitive debate