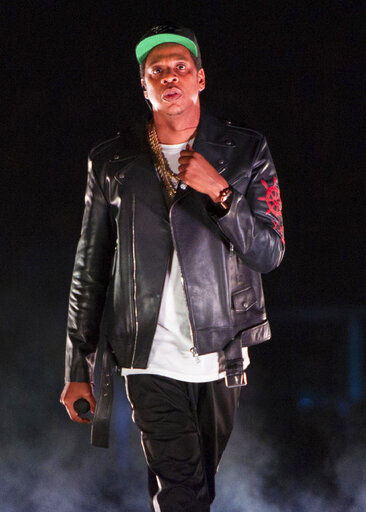 One of my very best side projects is a Spotify playlist called “The Story of Rock.” This playlist consists of a single song from each Rock & Roll Hall of Fame performer and early influence, stretching from “This Train” by Sister Rosetta Tharpe to Jay-Z’s “99 Problems.” I’ve been listening to “The Story of Rock” chronologically, and I’ve come away with a ton of observations.

One of the core questions with a project like this is to determine what rock ’n’ roll even is. Going down any internet rabbit hole on the subject is a test of patience, as everyone seemingly has their own definition that they’ll fight to the death on behalf of. Many seem to think it is a musical genre, while others think it more often manifests as an attitude. Some think it is a limiting term, just as some find it to encompass nearly all of the music from Elvis to Cardi B.

I find myself struggling to align with any of the previously listed camps. The story of rock ’n’ roll is one that appears to predate Elvis and has evolved throughout the decades. To define rock music as a tangible, singular something is to sell the concept rather short. Doing something as delicate as defining a genre requires more nuance than you’ll find in the average chatroom, and a leveled, respectful approach to the subject matter.

So, if the history of music is a line, rock ’n’ roll is a small segment near the end of that line. However, rock ’n’ roll in a musical sense really has its roots in the 1920s. The rock and roll of the 1950s is truly an amalgamation of blues, country, jazz, big band, soul, show tunes, gospel and a few other styles that were packaged up and played for the teenagers of the mid-20th century. Music that sounded like Elvis and Little Richard existed before those artists, but Elvis and Little Richard, and their producers, added a modern octane, and these stars were marketed to the young people of the day. Again, these young people had some spending money of their own, making this fun, rebellious music of the time available for easy purchase.

Right around the time of Buddy Holly’s death, the traditional style of rock ’n’ roll was quickly dying in popularity. However, music made with young people in mind was growing and becoming even more edgy as the 1960s rolled along. That being said, the music of 1969 was far different than the music of 1959. Is the stuff in 1969 still rock ’n’ roll? The people who grew up in the classic rock era seem to believe it is, but I’m not sure I agree. I have a hard time hearing Bill Haley and Jefferson Airplane next to each other and agreeing that they’re doing the same things sonically. True, there is a common spirit at the heart of both artists’ work, but the music and the subject matter, at a base, are worlds apart.

For me, rock ’n’ roll was really just a youth movement from about 1954 to 1959. That’s as rigid as I can be. But I’ve established already that nothing in the music world comes from nothing. When I hear a Kanye West song, it feels far from standard rock ’n’ roll, yet Kanye himself is tied to rock ’n’ roll’s story due to the influences he holds. That period in the 1950s was a cataclysmic shift in the musical atmosphere, and everyone who has followed that time with their work, with a few broad exceptions, is a part of rock ’n’ roll’s story. Rock ’n’ roll died long ago as far as I can tell, but its legacy is incredibly strong. The narrative of rock and roll can essentially last forever at this point, as the story of rock itself has become nearly indistinguishable from popular music.

Sayid Jarrah is one of the most important post-9/11 TV characters
Rage Against the Machine has helped to change my state of mind
Which decade of culture and life reigns supreme?
Separating art from an artist is a sensitive debate