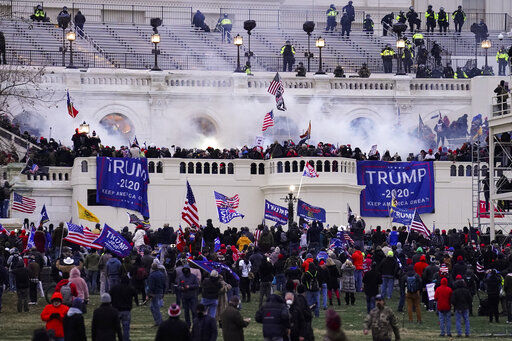 Fiction is made more difficult in the age of split reality

How can anyone make a satisfying movie when a solid chunk of Americans live in an alternate reality?

Conspiratorial minds have existed for as long as human nature, but I’d argue that there’s a certain disquieting surge in such lunacy in more modern times.

While there were JFK assassination conspiracies at one time, and Pearl Harbor conspiracies before that, and countless other examples before that, the 21st century seems to be especially fertile ground for conspiracies. From the Twin Towers being systematically demolished to Antifa and the far left being behind the Capitol riot, the Internet age has brought fringe nonsense to the relative mainstream.

I personally don’t live in the same reality as the conspiracy folks. Quite simply, I think they need serious psychological help, and they probably feel the same about me. At one time, I would’ve been more than willing to mend the gap between us, but I mostly have no desire to do so at this point. There is no meeting in the middle when it comes to truth and everything else. I live in the reality of vaccines and fair elections, and you think I’m microchipped and we need to #StoptheSteal. It’s an unfortunate truth that there is no reasoning with the lost causes of our society. We need to prevent them from collecting more power, not reaching compromises with crazy. When you attempt to reason with the unreasonable, disaster follows close behind.

Where does the artist fit into the equation? A sizable portion of Americans think that the Hollywood elite don’t represent their values, and while there is certainly a strain of truth in this, America also voted the ultimate Hollywood elite into office five years ago, so this is an inconsistent premise. The real issue is that many don’t see Hollywood reflecting their values on the screen. On one hand, I empathize with a lack of representation in media. On the other hand, bending the knee to insane ideologies is counter-productive and dangerous.

It’s not about dismissing Republican or conservative thought, I should say. It’s a matter of not advocating for falsehoods. You might not believe in climate change, but it is happening. If a film were to advocate for climate change denial, it’d be immoral and it would need to lie in order to get this belief across. Someday, there might be a movie about the Capitol riot. If the film were to characterize the rioters as far left ideologues, it’d have to mislead the audience about what actually happened to get there. This is a throwback to the “Gone with the Wind” column I wrote a while back. That movie presents the Civil War as a conflict not about slavery, and therefore spread a dangerous lie to generations of Americans. The film shouldn’t be banned, but it does need to come with a disclaimer.

Honesty should be the core tenet of filmmaking, as it should be in journalism. Straying from the truth to craft an important message otherwise absent from the real story is a delicate process, but it can be done well from time to time. Conversely, I have no tolerance for a film being presented as actual fact when it is littered with simplifications and harmful ideologies. Hollywood has perpetrated bad ideas in the past, but it’s getting better. Whenever I hear someone wax nostalgic about the old days of cinema, I’m tempted to ask them what they have in mind, because the fact is that some “wholesome” things have not aged well. Once again, it doesn’t mean we need to delete these things from the record, but obvious lies need to be flagged as such so to tip the audience off to harmful behavior disguised as good intentions.

If you don’t see your ideology being displayed on film, it may just be that Hollywood is out of touch. You should, however, open yourself up to the possibility that perhaps you’re the out of touch one in the equation. And, as I’ve observed, it might be more than just movies that you’re not in sync with. You might be living in an alternate universe filled with bad ideas and centuries-old talking points.