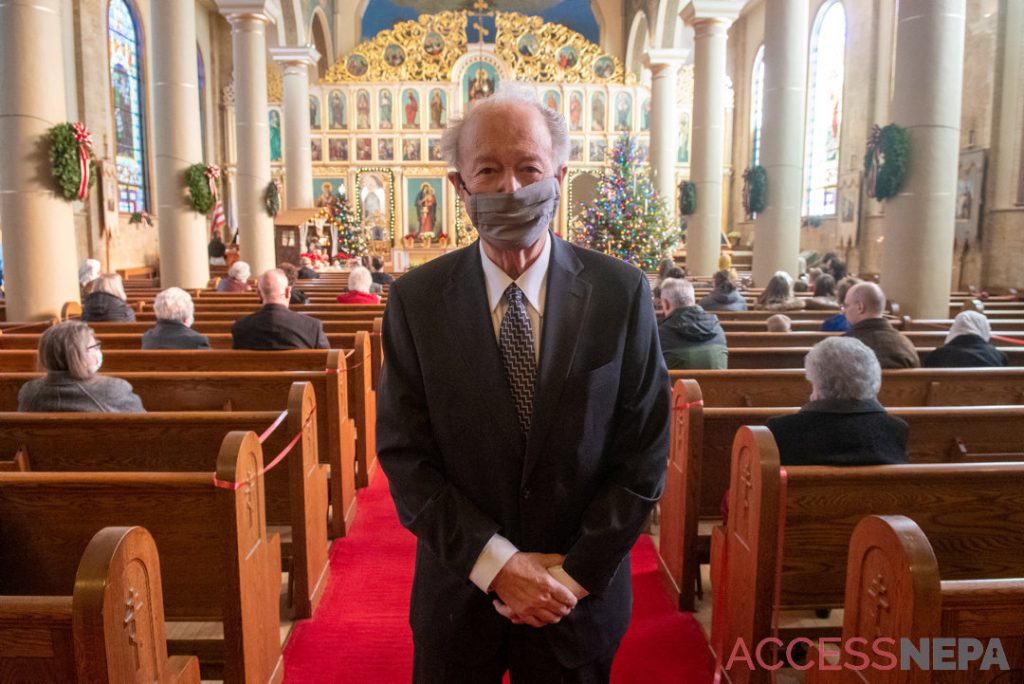 A Romanian immigrant who escaped his communist government to live in America recently published his fourth book and has ideas for more.

Born in Timisoara, Romania, in 1943, Gherghel, 78, told his story of growing up and the escape that led him through several European countries before reaching the United States in 1967 in his first book, “Dead Run,” released in February 2013. A local businessman with a master’s degree in chemical engineering, Gherghel worked his way up to a successful career in this country, something he greatly appreciates.

The autobiographical book, “Dead Run: A Memoir of Escape from Communist Romania to Freedom,” was followed by a children’s book, “The Brick Wall: The Magical World of Carpathia,” which in turn was followed by a science fiction tale called “Mutant, I Am: My Son Was the First.”

Gherghel spoke about his new book at the office of Ideal Self Storage in Saint Clair, one of his businesses.

The back cover explains, “A teacher and second-generation Romanian, 42-year-old Rudy Kostic is a parishioner, choir member, and councilman at St. Michael’s Church in the small town of Saint Clair in Eastern Pennsylvania. When the miracle occurred at the church in April of 2026, the leaders asked Rudy to chronicle the event as an historical record describing how civilization reacted to God’s message preparing us for the final chapter, the coming of Christ.”

Gherghel said the idea came to him around Easter 2019. He is always considering story ideas for his writing, which he enjoys as much as his interest in creating paintings. He and his wife, Judy, have two children and six grandchildren.

“Jesus performed so many miracles and some people believed them, some did not and he got ridiculed. So then the idea came to my mind on how would present society or the world react if God would really create a miracle,” he said. “That’s the way I started it. Believe it or not, there are a lot of similarities in what happened 2,000 years ago and what is now.”

Gherghel chose St. Michael’s as the backdrop for the story because of his 40-year history with the church. 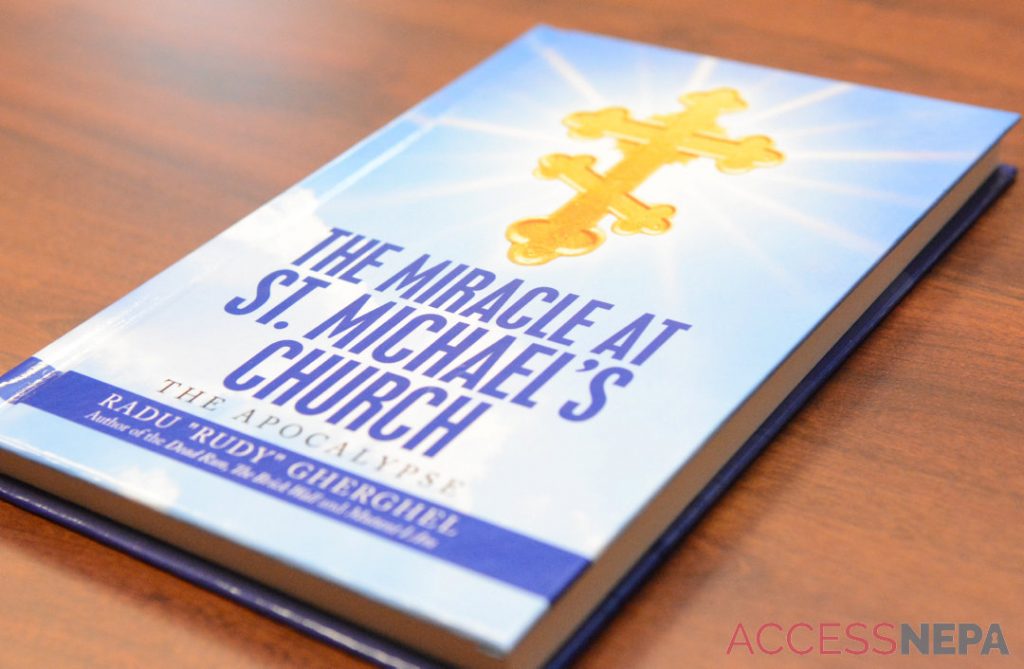 LINDSEY SHUEY / STAFF PHOTOGRAPHER
“The Miracle at St. Michael’s Church: The Apocalypse” on display at Ideal Self Storage in Saint Clair.

Gherghel asked parishioners if he could use their names; some agreed, others didn’t.

“The miracle I made is I took God sending an angel from heaven and it puts a power into the cross on top of the iconostasis. It makes that cross illuminate and radiate,” he said. “In fact, the whole sky opens and it engulfs the whole church. It’s like you are part of heaven for a short period of time. That’s what I visualized”

He said the angel “engraved a message on the arch of the iconostasis that at one time was repainted and left blank.”

Gherghel did not want to give the whole story away. The books are available locally at Thomas Pharmacy in Orwigsburg. He is working on another location in town. It is also available on Amazon.com in hardcover, paperback and Kindle edition, and can be purchased through the publisher’s website at www.iuniverse.com.

‘The Miracle at St. Michael’s Church: The Apocalypse’