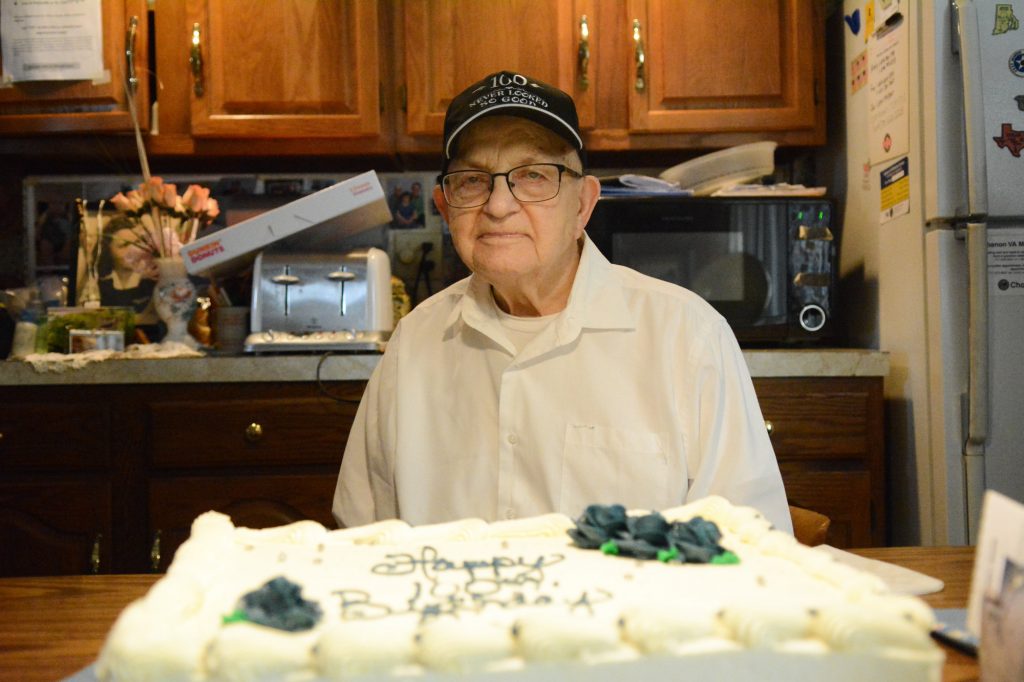 Joseph L. Gravish turned the milestone year Thursday but was joined by 18 relatives at his home on East Carroll Street for a celebration that included a large cake reading, “Happy 100th Birthday Pop.”

Before cutting the cake, family members presented him with a black baseball cap with the words, “100 Never Looked So Good” printed on the front.

“It doesn’t feel any different,” Gravish said of turning 100. “To have so many family members here is good.”

His daughter, Frances Sonne, who came from Catasauqua for the party, said longevity runs in the family. One of his cousins is 102, while two sisters each made it into their 90s, she said.

“There came a point in time when I realized he was going to be 100,” Sonne said.

During the war, he served in the European theater, going into Omaha Beach on D9, operating radios and was a gunner.

About 30 family members and friends attended a birthday dinner for Gravish on Thursday at The Gallery Restaurant, Mill Creek Avenue, Pottsville.

As family members applauded, he cut a large piece for himself and ate it as they looked on.