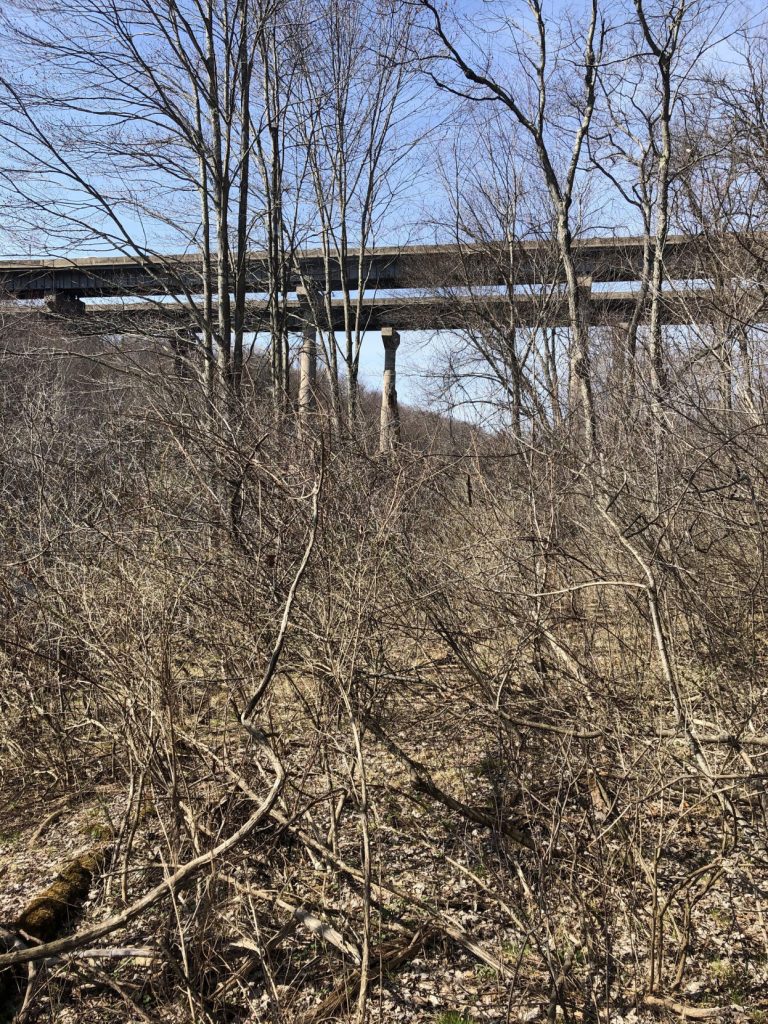 Fear is the greatest hurdle in the filmmaking process

There’s a lot to fear when a film is on your mind. Does the premise work? Will anyone want to see it? Will anyone like it? Do I even like my idea anymore? Am I good enough to make it? The mental gymnastics of telling yourself that what you are making is anything of value are daunting and constant. It can be rather unpleasant.

Since early last week, there’s been two names that have been in my head almost nonstop: Beth Doe and Evelyn Colon. Two names, one person. One girl. One victim.

If you’ve read a newspaper or watched the news in Northeast Pennsylvania, northern New Jersey or Queens County, you’ll know that Evelyn, who was known as Beth Doe for 44 years, was the victim of a grisly murder. Her body was slashed into pieces post-mortem, allegedly by the father of her child. Yes, she was pregnant at the time. The local twist is that her body was dumped off of an Interstate 80 bridge in East Side borough, near White Haven.

I’ve been so lost in this story that I really want to explore it in documentary form. This girl has reclaimed her name, and I feel that her image will be restored soon enough. After 44 years, she’s getting her identity back, and I believe stories in that vein are in something of a prime at this moment in time. There’s so much to explore.

There’s such a cold detachment from comfort in this specific story that it makes a sunny day feel gloomy. Yet there’s something intriguing in the macabre, and generally I like to explore these things more deeply than just reading an article about it. I decided to take a field trip to quench my curiosity. I wanted to go to the place where her body was tossed back in 1976.

Perhaps I took this trip to calm my nerves and make some sense of it all. I mean, when I say that I’ve been terrified by this story, I mean I need to sleep with the light on at night. When someone mentions Beth Doe in the Standard-Speaker newsroom, that’s my cue to run to the water tank. When I walk around my house at night, I’m fully expecting something to reach out and harm me. Throw logic to the wind; this is what we call fear.

I made my way to East Side on Monday. I was surprised to see there was a parking lot and a charming little fishing area right by where I-80 goes over the Lehigh River. There were other people nearby, chatting while they cast their lines into the river. Had I been without intention and the knowledge that I possessed, specifically of which tragedy had occurred here, I may have even cracked a smile at the sight of springtime activities taking hold. Except to get to where I wanted to be, I’d have to walk through the woods a little bit. Just me, the river and I-80. Name a more iconic trio. Away from the world and happiness, and into the heart of darkness.

On my walk, I thought about the night when Evelyn and her baby were murdered, and what those last few moments must’ve been like. The feeling is beyond my comprehension. I tend to think no one who has seen that level of fear is alive to tell of it. That’s the kind of terror that supersedes anything a living person can offer. I can’t fathom it, and even trying to get to that place in my current state of mind might have unpleasant consequences.

And I walked forward.

There’s a stream, and as I hopped on rocks to cross it, I thought about how this beautiful, clear, untouched water was juxtaposed against the site of a horrifying discovery in 1976. A young man, who is now just about the age of my parents, found Evelyn’s body on the banks of the Lehigh River as he strolled through the woods, maybe along the same path I was walking on. Maybe he jumped on these same rocks to cross this same stream. What has become of that young man that I can’t find on Facebook? Does he think about that day often? What does it do to a person to witness the results of such unbridled evil?

And I walked forward.

I could feel myself sweating. I told my girlfriend a few days before that I would wait until she was in town before I would take this walk. It probably wasn’t a good idea to go there by myself. I was one sudden noise away, a twig snapping or a branch falling, from inching quickly toward a panic attack. I know what that feels like, and I don’t like it.

I was getting closer to the highway. I couldn’t bring myself to turn around, though my head and heart were in agreement that it would be best if I did. What was that feeling? I thought if I pulled my phone out and checked some baseball scores or something, anything that puts me in a happy place, that it might bring some calm to the situation. I checked my heartbeat. Double time swing in my chest — fantastic.

So I stopped where I was. My phone was already out by this point, so I snapped a picture. In hindsight, I don’t know why. I wasn’t quite under the I-80 bridge yet. There was still more walk to go. I mustered up all my self-control and turned my back to the highway and, in turn, the former crime scene that I had intended to look over. It was all too much. This is a trip for two. It’s a trip for a film crew, perhaps. Maybe it’s not a trip I’d want to complete. Filmmakers do what they do very often to make sense of things that trouble them, but I don’t know if I was or am able or ready to understand this level of cruelty. Even sharing the same woods as where IT happened was a lot to take in. Is a fear worth exploring if it is going to make you break down in the middle of the woods? I couldn’t find the answer to that question on Monday.

So I went home.