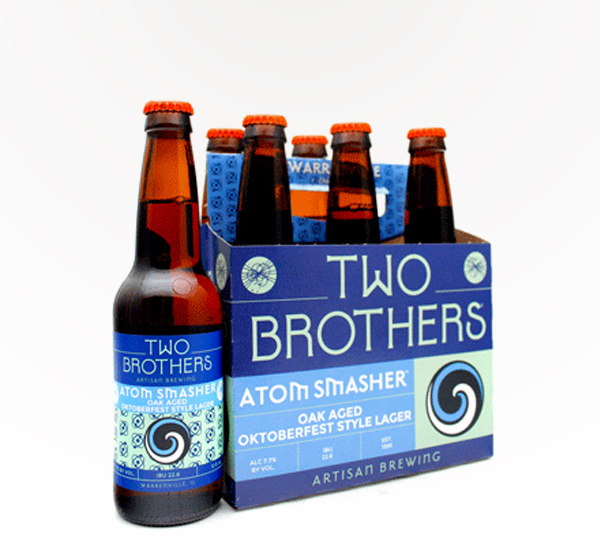 Look here, you spooky fools. September just started, and you’re all out there acting like it’s Halloween already. You’re rubbing pumpkin spice in your eyes and putting on your skull masks. You’re going to need to dial it back and calm down. There ain’t no need for that nonsense.

Don’t get me wrong. I like Halloween as much as the next person. It’s one of my personal favorites. The only issue I have with celebrating it in early September is that it glosses over another of my favorite celebrations: Oktoberfest. Before we start watching scary movies and giving ourselves cavities, it’s time to get on a good beer buzz with some delightfully malty brews.

With Oktoberfest comes the celebration’s signature brew: the marzenbier, also known by the same name as the festival itself. It is a malt-forward lager, generally an amber to brownish shade, that often comes across as a delicious liquid pretzel, which makes it unequivocally German. There generally aren’t a lot of variations on the style, which makes sense for something that is so specifically seasonal.

Two Brothers Brewing wants to change that, however. Its Oktoberfest beer, Atom Smasher, is challenging what a marzenbier can be. Its ABV is listed at 7%, which is a little higher than most of its type. What really sets it apart (and gives me reasons to be excited) is that it is oak-aged. I love the taste of wood in my beer.

The pour was a medium amber color with just a little bit of an off-white head. It didn’t linger very long, nor did it leave any lacing down the glass. The quite malty scent had hints of caramel and brown sugar. There also was a hint of hazelnuts and just the slightest waft of pine. So many wood-aged beers tend to be quite alcoholic. That said, I’m not sure if I’m catching the scent of the oak or if it just smells particularly boozy for a 7% brew.

The brew tasted like an Oktoberfest beer but bigger. All that sweet malt taste certainly was there, with the caramel and toffee shining through in a delightful way. The oak gave it a nice depth of flavor that played well with those elements. It lingered on the back of the tongue and added a little presence to the slightly hoppy aftertaste. There even were some coriander notes in there as well, nicely rounding out the brew.

If I’m being honest, I’m a little torn on this brew. On one hand, it’s inventive and fun. The oak did a really good job of differentiating it from other brews in this style. It had some other unique notes that made it interesting. Atom Smasher does something I haven’t seen another brew do yet.

On the other hand, it makes me want to go pick up a traditional marzenbier, an oak-aged stout and a Belgian brew. I feel like it owes dues to each of those styles, as it has taken various parts of them and packed it into a single beer. It does combine to be more than the sum of its parts, however. Thankfully, I have the next five from the six-pack to help me figure it out. This is research I will willingly do.