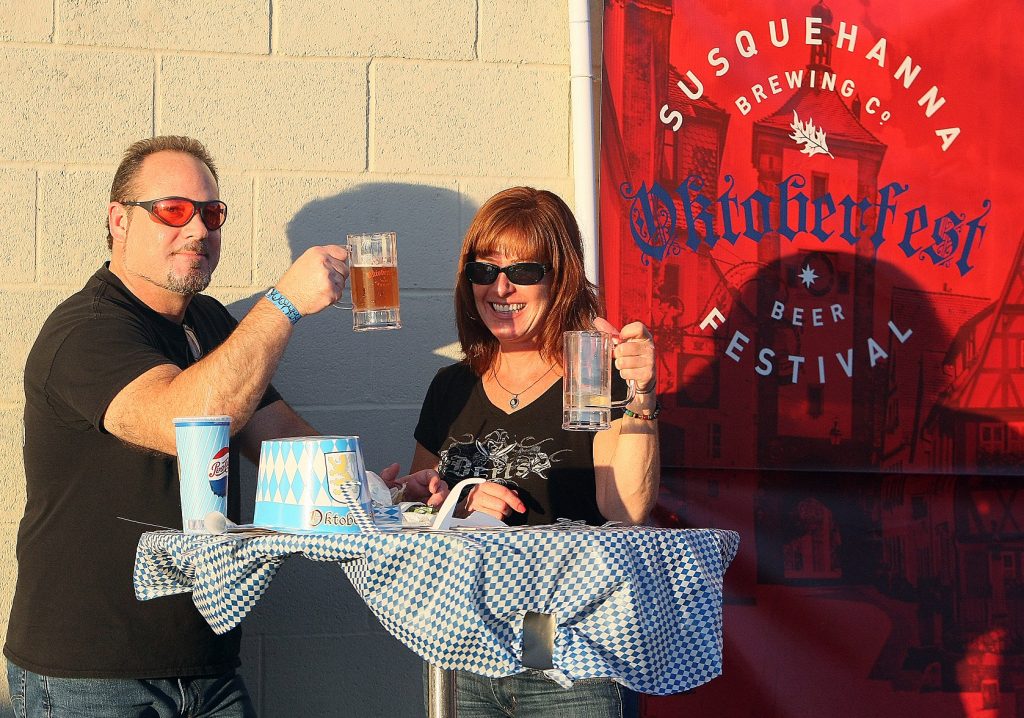 Susquehanna Brewing Co. brings the spirit of Munich to Northeast Pennsylvania this weekend with its third annual Oktoberfest.

The brewery, 635 S. Main St., Pittston, has added a second day to the festival this year, kicking things off Friday, Sept. 13, and continuing the action Saturday, Sept. 14, from noon to 9 p.m. both days. The festival started in the spirit of simply “let’s have a party,” company Vice President Fred Maier said, but it turned into a hit.

“We made it bigger last year with more food trucks and more music,” he added. “This year, we’re going to make it longer with new bands.”

Oktoberfest celebrations originated in Munich, Germany, the Bavarian town which continues to host the more than two-week festival each September. At Susquehanna, the two-day event offers not only beer but also games such as keg bowling and cornhole; competitions including growler hoisting, stein carrying and an Alpine horn blowing; a projector showing college football; food; music and more.

“It’s just been a great time,” Maier said. “We were able to create several different atmospheres. When you walk in, you have the food trucks, and the Scranton Brewer’s Guild puts on beer games. … And then you turn the corner and there’s the music and the tents and the beer garden set up.”

Embracing the German spirit, Susquehanna will serve its own Oktoberfest brew, which Maier described as “an extremely traditional brew” but also the most technical beer the company makes with a long lagering period. 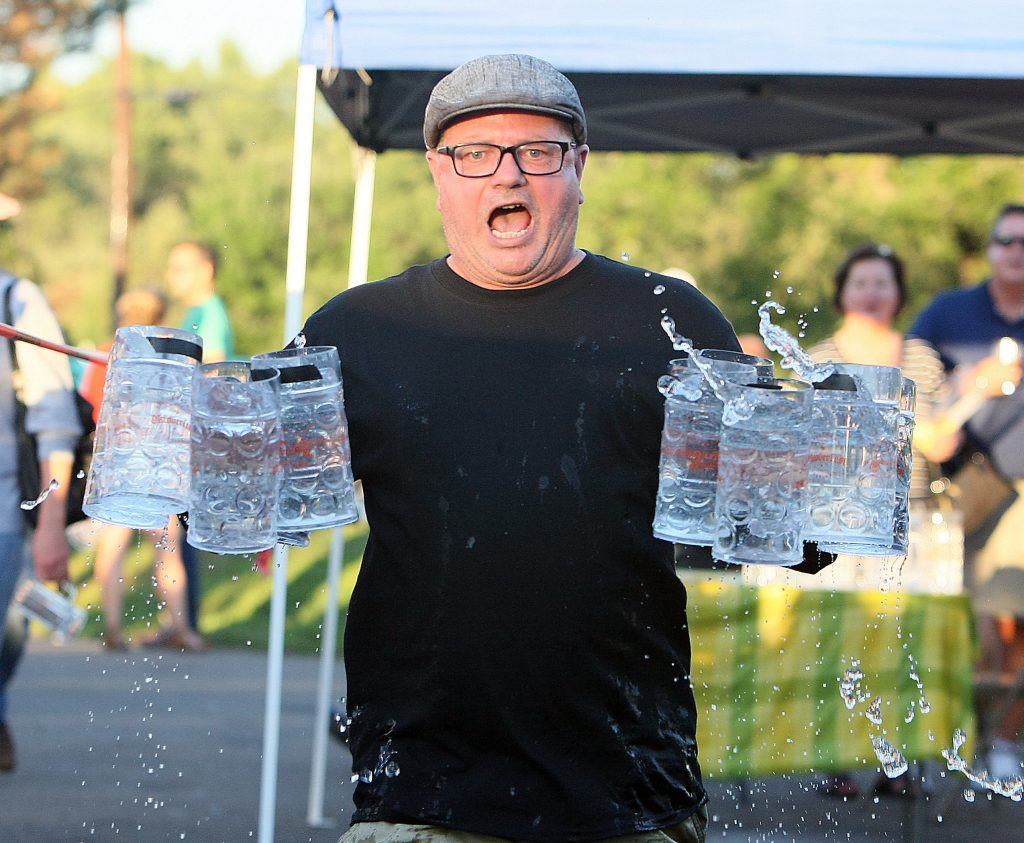 Guests also can try Susquehanna’s Goldencold Lager and Pumpkin Ale as well as a new beer it will launch this weekend, Strawberries and Cream. Maier said the brewery used 8,000 pounds of strawberries “plus a touch of Irish cream” to make that brew.

“It’s a lighter but sweet rounded beer,” he said.

For musical entertainment, guests can check out some classic Oktoberfest sounds when the Schützengiggles Oompah Band plays Saturday from 1 to 3 p.m. and 5 to 7 p.m. Also set to perform are bluegrass group Serene Green on Friday from 6 to 9 p.m., and Adam McKinley and Tom Waskevich on Saturday from 3 to 5 p.m.

Admission costs $8 and includes a souvenir beer mug and the guest’s first beer. While on-site parking is limited, guests can park at Pittston Plaza shopping center on the Pittston Bypass, where shuttles will pick them up and take them to the brewery on Saturday.

“It’s kind of the end of the busy summer season and time to start the hunkering down for fall. … Football starts, kids are back in school,” Maier said of the weekend. “It’s kind of like one last hurrah to a great year.”

And for the brewery, he said, Oktoberfest is a chance to meet its fans.

“You get to see kind of the fruits of your labor,” Maier added. “You get to see everybody enjoy your product in the best environment. … It’s a big party basically (where) you get to meet a couple thousand of your friends.”