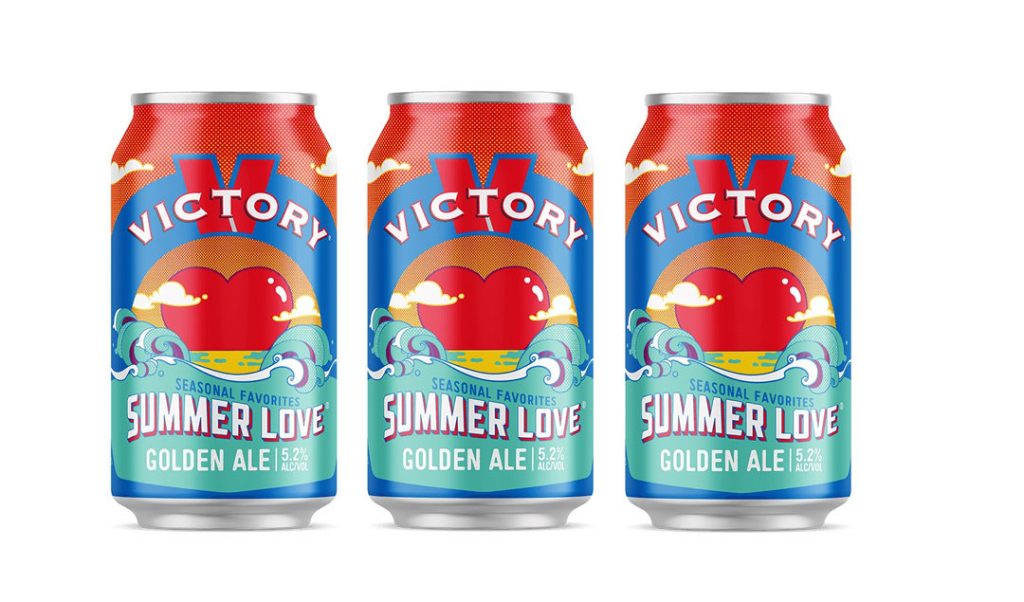 I’ve been dealing with some personal issues, so I’d like to start off this week by saying thank you to The Times-Tribune for holding my spot and allowing me to continue to do what I love. In the words of the group Chumbawumba, I get knocked down, but I get up again. You’re never gonna keep me down.

Getting back into the swing of summer has been like stop and start and stop again for me. I have had to postpone some trips, and my only camping trip for this summer was rained out by the torrential thunderstorms that rolled through the area, so it’s been a little frustrating for sure. That said, I live for summer — campfires, s’mores, baseball, floating on a lake and drinking some beers. In my mind, it’s the perfect time of year. Even though I’m not a real fan of heat, I do enjoy the activities.

And when the weather gets super hot like it has been lately, there’s nothing like cooling off and enjoying a beer specifically crafted for the summer lover — the aptly named Summer Love by Victory Brewing Co.

Victory was founded in February 1996 at a former Pepperidge Farm factory. The founders have a longstanding love of beer, and both were classically trained and educated in brewing in Germany. Over the past 25 years, Victory has created one of the largest and best-known craft breweries in Pennsylvania and formulated a number of well-known beers, including Prima Pils, Hop Devil, Golden Monkey and Sour Monkey.

Summer Love is classified as a golden ale and has the tagline “a taste of sunshine.” Victory created it in the late 2000s to celebrate all the best things of summer — baseball, beach days and barbecues — and brewed it with a pilsner malt and a blend of citrusy hops. This year, Victory changed the formula slightly to reduce the bitterness and create a more smooth summer drinking experience.

It had a beautiful initial pour. A nice foamy head topped a crisp golden liquid, and moving carbonation filled it. The mild initial scent seemed slightly fruity but not overly so.

The first taste was crisp, with the hops dancing on the back of my tongue. A smooth, mild pilsner flavor quickly overtook the initial bitter twinge. The mouthfeel was extremely smooth and light.

Best enjoyed cold, Summer Love goes down extremely easily. Its flavor is exactly what you want to experience at a ballgame or while sitting on the deck. It clocks in at an ABV of 5.2%, so enjoy it responsibly.

I highly recommend you pick up a case for a party with friends in the great outdoors. But if you want to enjoy this particular craft brew, you must act quickly because this is a limited yearly release that Victory stops stocking each August. If you miss out, you’re going to have to wait until next April to get your hands on some. So go out and support your local distributor and a Pennsylvania brewery. I have some stocked in my basement right now, and I’m about to head out to the deck under the stars and crack one open.