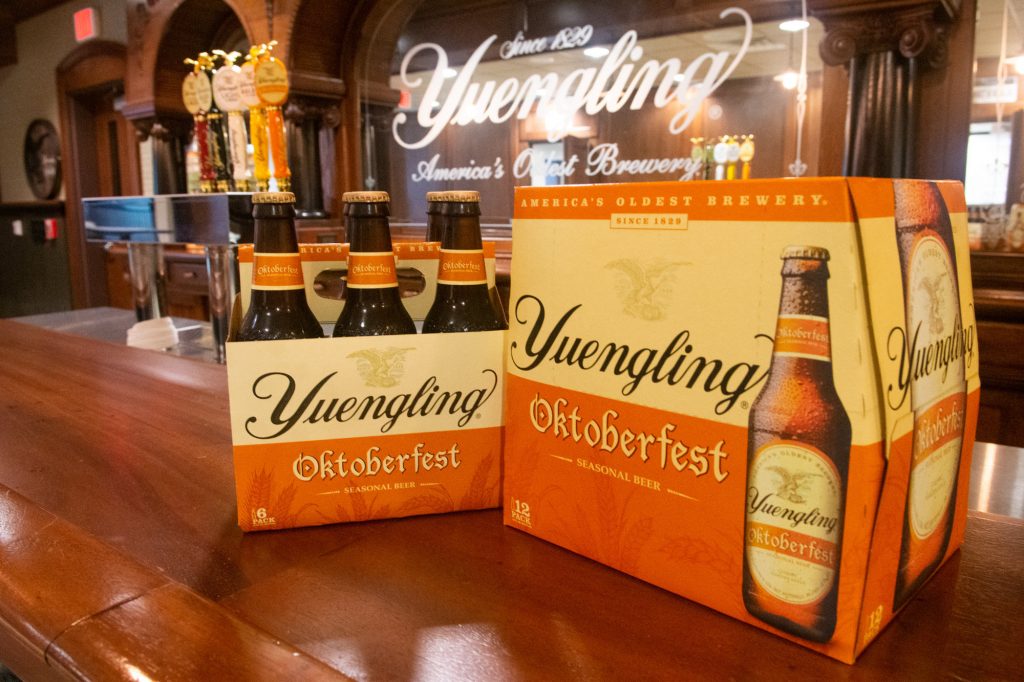 Yuengling Oktoberfest has the same taste, but a brand new packaging look.

Debbie Yuengling, culture and employee engagement manager of D.G. Yuengling & Son Inc., said fans of the seasonal beer, which was introduced in 2011, will notice the same “orange fall autumn appeal,” but a cleaner image.

“A couple years ago we had some package changes for other core brands, so we wanted to update Oktoberfest so that it would line up with the rest of our portfolio,” she said Wednesday.

The change corresponds with this year’s 190th anniversary of the noted Pottsville-based brewery. The in-house graphics design department came up with the idea over a period of months, Yuengling said.

Among the changes is the border of the label is orange instead of brown. The bald eagle used as part of the Yuengling logo is a lighter brown compared to the previous darker shade. The updated eagle is reflective of the change the company made in its packaging over the past 18 months.

The name of the beer is in yellow lettering with an orange background. Also, the new label mentions the beer is a genuine Marzan-style Oktoberfest.

The medium-bodied beer has a spicy malt flavor and Tettnang and Hallertau hops and a “really rich caramel and copper color with a sweet malty flavor,” Yuengling said.

Locally, customers can buy it at Weis and Giant, and local restaurants in 12-ounce bottles or draft. It is sold as a six pack, 12 pack or 24 pack in 22 states and is available from mid-August into October.

“It’s one of my favorite beers that we make,” Yuengling said.

She said the Yuengling family and all employees are appreciative of the community support.

“They’ve been extremely supportive for us with the 190th anniversary this year coming out to see us with the concert this summer, with all of our events that we’ve had,” she said, adding, “and we still should have a few more events up our sleeve for the rest of the year.”

She wouldn’t elaborate, but said nothing compared to the July 13 daylong, citywide bash is planned.

“We are excited for this year; it has been really great for us,” she said. “The residents of the city, the consumers have been out there celebrating the anniversary, so we are very excited.”