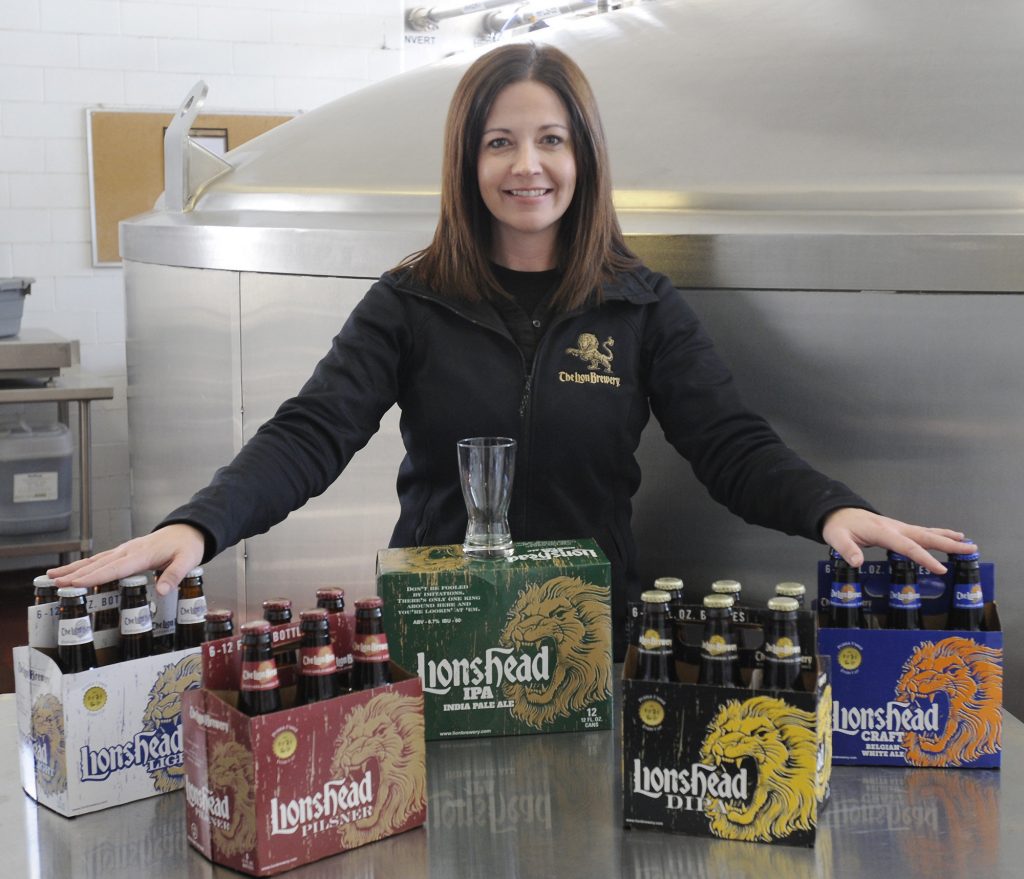 If you wonder just how rare women like Karen Brownell are in the brewing industry, look no further than the gift a hops vendor once sent her — a beard comb.

Brewing might long have been a male-dominated industry, but women like Brownell are changing that. The Mountain Top resident believes she is the first female brewer Wilkes-Barre’s Lion Brewery has ever had in a management position.

“I’ve seen my (women) peers grow and branch out into companies like Samuel Adams and MillerCoors and Trident Brewing,” said Brownell, Lion’s director of brewing. “I think you’re seeing more and more women in brewing, and I couldn’t be happier with that.”

A native of Jesup, Georgia, Brownell came to Lion by way of a few other breweries and brewing companies, but she didn’t plan to make a career out of making beer.

“In my hometown, people went to engineering school to come back home to work in pulp and paper at our local pulp and paper factory that has been in Jesup for years,” she recalled. “I wanted to be a chemical engineer because I like chemistry.”

While studying chemical engineering at Georgia Tech, Brownell interned for Anheuser-Busch at its Cartersville, Georgia, brewery, and before she graduated, the company already had offered her a full-time position in St. Louis. There, she worked in brewing fermentation and finishing and “studied under a great brewmaster.”

“They taught us a lot about consistency and Michigan and fermentation consistency,” Brownell said.

Her job took her around the country, and Brownell met her husband, Chad, while they both worked at Anheuser-Busch’s Fort Collins, Colorado, facility. He eventually took a job in Houston and Brownell had their first child, Camden, now 10. She stayed home for a couple years before picking up a job as a plant engineer with Dean Foods. The family then made the move to Northeast Pennsylvania after her husband took a job with the Hershey Co. in Hazleton.

Brownell, who had the couple’s third child not long after moving to the region in April 2014, had taken time off work and was sitting at her kitchen table, having a coffee, one day when it struck her that the area had a few breweries. She sent her resume to Lion’s human resources office, and within a week the brewery had hired her as its operations manager. She started in October 2016 and eventually moved up the ladder to director of brewing.

“This position here at Lion has offered me a great opportunity for personal and professional growth, and I have enjoyed getting … involved in our sales team to try and promote the products,” Brownell said.

The position makes Brownell responsible for not only Lion’s beer production but also that of other companies who use the plant.

“We’re a contract manufacturer, so companies that need a different footprint or a larger footprint will ask us to brew their products for them,” Brownell said, though confidentiality agreements prevent her from revealing those businesses’ names. 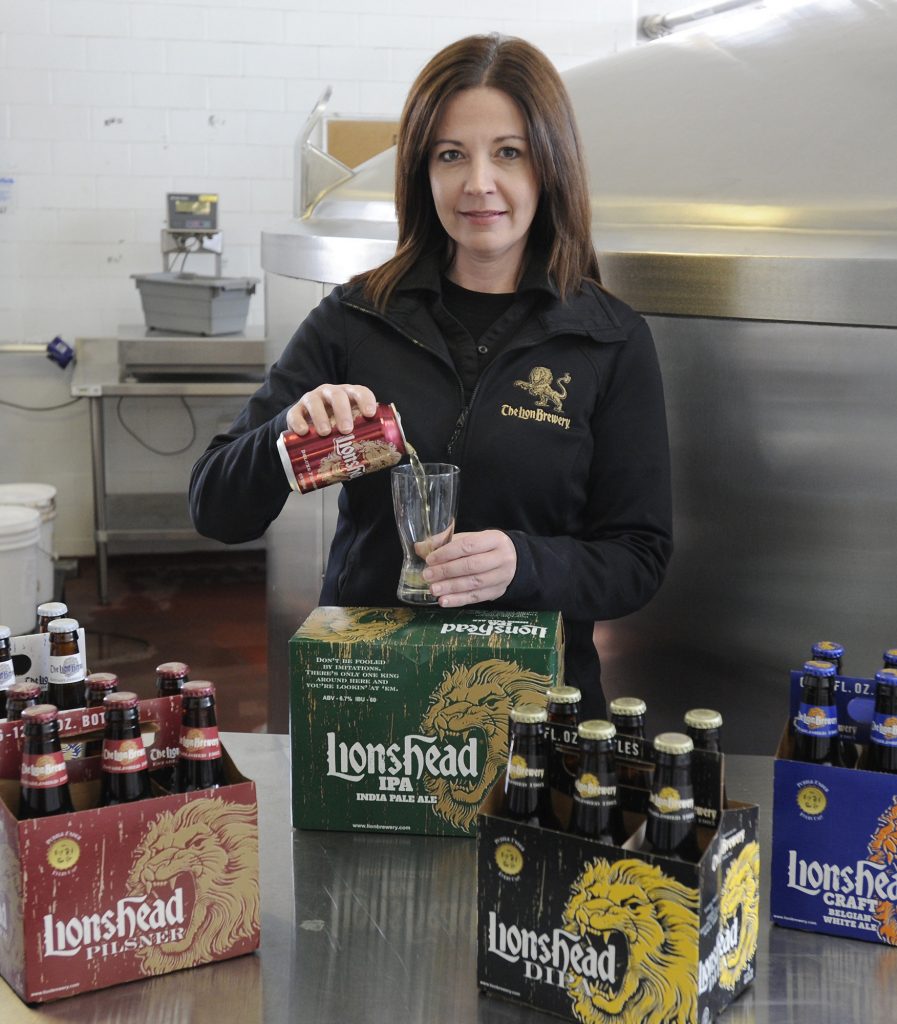 And while her job does include tasting beer — something people who meet Brownell often want to know — science also makes up a large part of the gig. Her day typically involves meeting with microbiologists and checking the various stages of production, troubleshooting plans to improve processes, training brewers, checking quality, working on long-term projects and more.

All the moving parts can make the job challenging, but the workdays go fast and even afford some time to get creative. Lion has launched two new brews since she started there, and she said she is “always working on something creative here.”

“My favorite thing is I like to craft new recipes,” Brownell said. “That’s something that the lion brewery has offered me in terms of creativity that I didn’t always get in a bigger company.”

The job affords Brownell the opportunity to pass on her knowledge to the other brewers, sharing lessons about best practices. One other aspect she enjoys is “perfecting the consistency of a Pilsner beer in an environment with some automated technology and some not automated technology.”

“We’re a 1905 brewery, so we’ve added some automation, but what I’ve been really proud of is getting some consistent products out,” she said.

Not everyone has caught on to the fact that women can — and do — work in breweries. A lot of people tell Brownell that she doesn’t “look like a brewer.”

But she’s actually part of a large team of women working at Lion, and she has watched as women like her have started to emerge in the brewing industry. She pointed to the Pink Boots Society — an organization devoted to celebrating and promoting women in the brewing industry — as another example of women’s larger role in the industry.

With the growing craft beer industry, many colleges and universities have added programs in food science and fermentation science, Brownell said. And even though a lot of small breweries have popped up and then fallen down, she called any type of degree in chemical engineering or food-related science “a great career to get into.”

“I’ve been fortunate enough to kind of fall into this role and be able to develop and make what I want of it,” Brownell said. “And I would encourage more and more women to get into brewing and food manufacturing because it’s something we always need.”