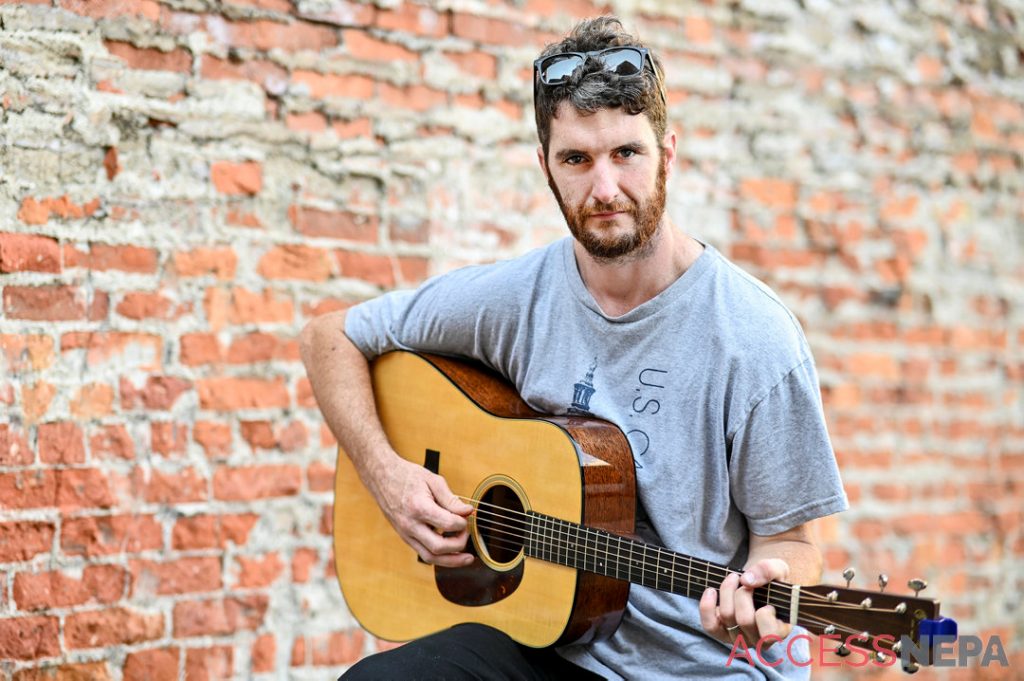 Dunmore singer/songwriter steps back into spotlight

The Dunmore resident and singer/songwriter discovered his voice and writing abilities after first following in the footsteps of folk and rock legend Bob Dylan and then walking away from music completely.

The maturation process has resulted in a new album, “From a Deep Abyss,” which came out digitally on all streaming platforms on Friday, July 9. Limited physical copies will be available at a record release show on Saturday, July 17, from 8 to 11 p.m. at Jack’s Draft House, 802 Prescott Ave., Scranton. Kelly’s dream of becoming a singer and songwriter began in 2009 when he heard Dylan’s hit song, “Shelter from the Storm,” in the ending credits of the 1996 movie “Jerry Maguire.” This led him to explore his father’s Dylan collection. Kelly and his father eventually went to see Dylan play live in Philadelphia, which left a profound effect on Kelly.

“Before you know it, I ended up getting a cheap acoustic guitar. After hardly being able to play, I was convinced that I needed a Martin or a Gibson (guitar),” Kelly, 31, said. “So, I made that happen and then that was kind of the end of my school days because when I did get that Martin, I never went to class anymore. When I got to the point where I could play in rhythm, and I knew a few chords, I was just writing songs. So, later down the road, I actually learned how to play the guitar.”

At 22, he went out on his first tour in 2012, starting in Johnson City, Tennessee, and playing until he reached Denver. He released his debut album, “Running Time,” that same year.

In Nashville when he was 22, he met a guy who took him under his wing for a few days and told him, “Listen, you’re not a bad songwriter, but, you know, we already have Bob Dylan. You got to write about what you know.”

“And, you know, (in) my earlier stuff I have that Dylan — those inflections and all that. … He was my training wheels. I always say he taught me how to play,” Kelly said.

Kelly established contacts and played in cool places during that tour but reached a point where he said he “had to face some things that were kind of looming overhead” in figuring out who he was. When he did that, he reflected on his life and felt confused and lost.

“I thought I had a rebound at the end of that year. I started doing some old-time music with a guy that played banjo, fiddle and mandolin, but then I just got to the point where I was like, ‘I don’t know who I am. I need to find myself.’ Unfortunately, that led me to some darker kind of wasted years, I guess you’d say,” he said.

Kelly, who battled alcohol issues, saw his fortune change when he regained his footing in 2016, and as of Aug. 1, he will celebrate five years of sobriety. Another bright spot in his life came when he met his now wife, Michele, in January 2018.

Now, the release of his latest album not only signals his latest substantial creative output since his debut but also illuminates an epoch in his life outside of music. He and his wife have two boys, Hendrix and Cale, named after musicians Jimi Hendrix and J.J. Cale.

“The last 13 months, I guess you could say, is when I’ve been really, in my opinion, writing the best stuff I’ve ever written, and I’m just excited about it,” he said.

“I love my wife more than anyone or anything in this whole world,” he added. “I wouldn’t be doing (any) of this or (maybe) I wouldn’t even be here if it wasn’t for her.”

Funnily enough, when the two met, Kelly wasn’t playing music and didn’t even have a guitar, his wife said. On the couple’s first date, Kelly took her to Magdon Music in Olyphant, where he picked up a guitar and serenaded her.

“I was just completely enamored,” Michele Kelly said, adding he bought a guitar, knowing how much she enjoyed his singing and playing.

His wife inspired two songs on the album, including the title track and one called “She’s My Everything.” The former is the first song Kelly wrote for her.

“It’s about how he … was going through a really tough time and then he met me and I brought him into my world,” she said. “Meaning I was a single mother when we met and he had felt a certain way about himself and then I guess when he met me, I just kind of opened him into this whole new world of being a father.” 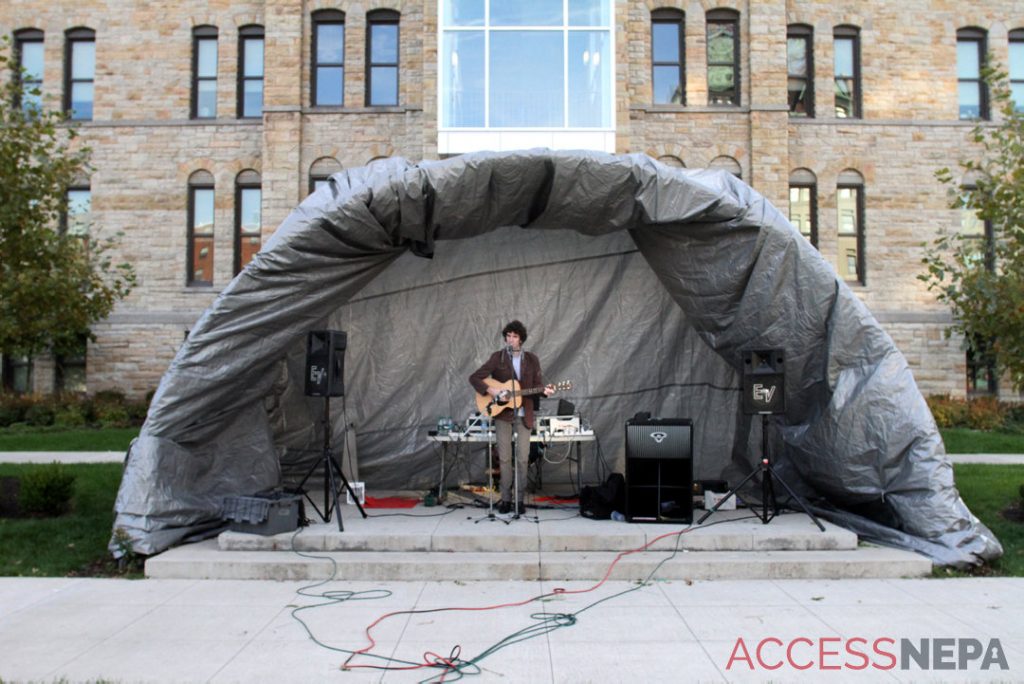 The creative bond runs deep between the couple (Michele Kelly created the album’s cover art), and they carve out time to spend together, even during busy periods. On days Kelly is heading into the studio, the pair have tea together at Northern Light Espresso Bar and Cafe, 536 Spruce St., Scranton. After the session, they grab sushi from Osaka, 244 Adams Ave., Scranton.

“He wants someone with more of an audience to take his songs and turn them into a big hit. So, that would be really cool,” she said of her husband’s future plans. “And I just hope he can keep on writing and put everything that he’s been through in his many life experiences on paper and then have someone else turn that into something that people can listen to and relate to.”

Last May, Kelly began writing and recording again. He hopes to have three albums out by Dec. 31, writing from experience and growing into his new voice and guitar style along the way. While he’s not necessarily looking for superstardom, he wants to share his journey with others.