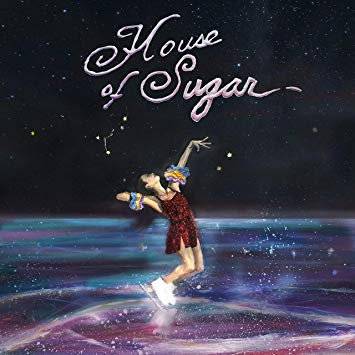 THE GOOD: Anti-folk singer/songwriter and ex-Moldy Peach Adam Green comes back with his 10th solo effort.

THE BAD: Definitely a case of quality over quantity — nine tracks in about 23 minutes. You want more when it’s done.

THE NITTY GRITTY: This is easily the lushest album the guy has ever made. The melodies are lilting and lovely (especially the title track), and the arrangements are built upon rich, traditional rock/pop backdrops augmented by sweeping string arrangements. The irony in Green’s smooth baritone is also turned down as the man doesn’t rely on his usual penchant for sarcasm or slightly rude humor.

In other words, this is a serious album overflowing with classic New York pop elements, and it’s GOOD. The whole affair reminds me of when Ween continued to progress in the mid ’90s and started to sneak more serious songs onto its albums. All of a sudden, we got exquisite pop from the dudes who once sang “Spinal Meningitis Got Me Down.”

THE BAD: “Light” isn’t a game-changer but is a serviceable, enjoyable indie record. Adjust your expectations.

THE NITTY GRITTY: After the whole Mumford and Sons/Lumineers folk-rock boom happened a decade ago, Australia needed a hat in that cultural ring. So what started out as a rootsy solo project for singer/songwriter Dave Hosking eventually blossomed into a full-on band — Boy & Bear. To me, it kind of sounds like Noah and the Whale.

“Light” is littered with mid-tempo melodic rockers such as “Telescope” and “Hold Your Nerve,” songs coated with a hint of rural charm and, in some cases, blue-eyed soul. It’s the stuff you listen to after crawling out of bed on a chilly but gloriously lazy Sunday morning. Echo-drenched backing vocals, intimate string sections and haunting atmospherics augment the group’s standard lineup in all the right places, creating music just enthralling enough to NOT melt into the background.

THE NITTY GRITTY: For some reason, the album’s title immediately reminded me of Philly’s Sugar House Casino (a regular haunt of my slot jockey mom). Turns out, that and the house from “Hansel and Gretel” WERE the exact inspirations for the title.

Giannascoli is up to his usual tricks — that is, melodic folk/pop/rock tunes put through all kinds of distortion, bedroom studio trickery, overdubs and whatever else Alex can throw at them. One detects echoes of early Beck, prime Pavement, breezy Apples in Stereo and a more serious touch of Elliot Smith (a common and justified comparison).

“House” works better as a cohesive whole; pull apart its 13 tracks, and a few sound disjointed or even incomplete. Together though, all the parts paint a hypnotic and eclectic picture that becomes more engrossing every time you revisit it.