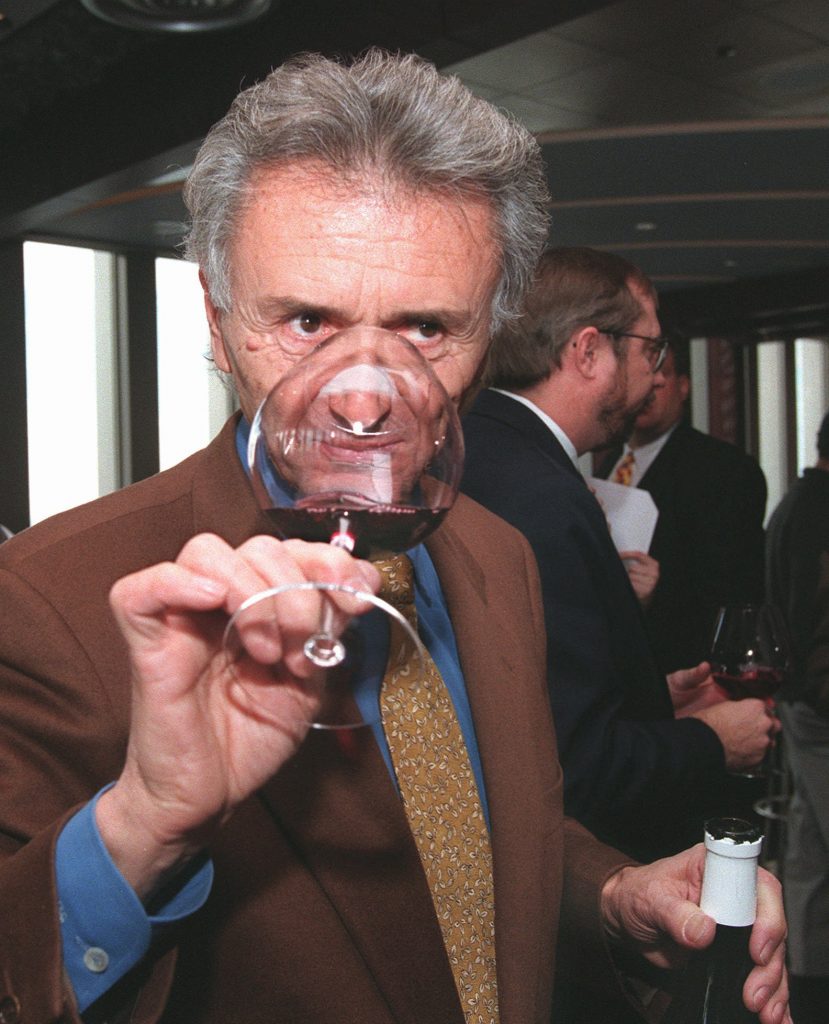 The wine world lost a giant earlier this month with the passing of Beaujolais titan Georges Duboeuf. He was 86.

Duboeuf started peddling Beaujolais while he literally pedaled, delivering the local red wine to restaurants by bicycle as a teenager. Half a career later, he popularized the fizzy, fun nouveau — once a local phenomenon — that was quickly fermented, bottled to share and consumed over the holidays.

Duboeuf made Beaujolais nouveau a global event, whisking the somewhat perishable, if inexpensive, bottles around the world on the Concorde, by hot air balloon and train to nouveau release parties, leading consumers to think it must be a big deal.

His success made him a revered but controversial figure in some quarters. Nouveau overshadowed Beaujolais’s more prestigious products — dry, food-friendly, light-bodied reds capable of channeling pinot noir of Burgundy, which borders Beaujolais to the north. Made of the grape gamay, these wines are enjoyed as Beaujolais-Villages (a blend from the so-called cru villages) or as a bottling of one of the 10 cru villages themselves, which are worth Googling and looking for.

As a negociant (wine middle man), Duboeuf represented and sold several outstanding Beaujolais cru. But he was so associated with nouveau that his representation, as depicted on the labels, has shrunk in recent years.

I had the pleasure of meeting Duboeuf twice in the last 20 years. He had the same lean build, it seemed, as he had as a teen. I watched him before an event smell and taste dozens of individual bottles, clearing them before they could be served to guests.

You can still find Duboeuf 2019 Nouveau on the shelves and should be able to find it for a few more months. I recently tried some other Duboeuf products, and I toasted his great contributions.

Georges Duboeuf 2017 Beaujolais-Villages bursts up front with juicy strawberry character and some spice and closes with clean acids. $16. ★★★★

While villages wines are somewhat shorter-lived, aging well for a few years, the cru can age for years, sometimes a decade or more. Georges Duboeuf 2016 Chateau de St. Amour, from the cru village of Saint-Amour, offers refined cherry fruit character, strong minerality and a crisp finish. You’ll find it just in time for Valentines’s Day. $22. ★★★★ 1/2