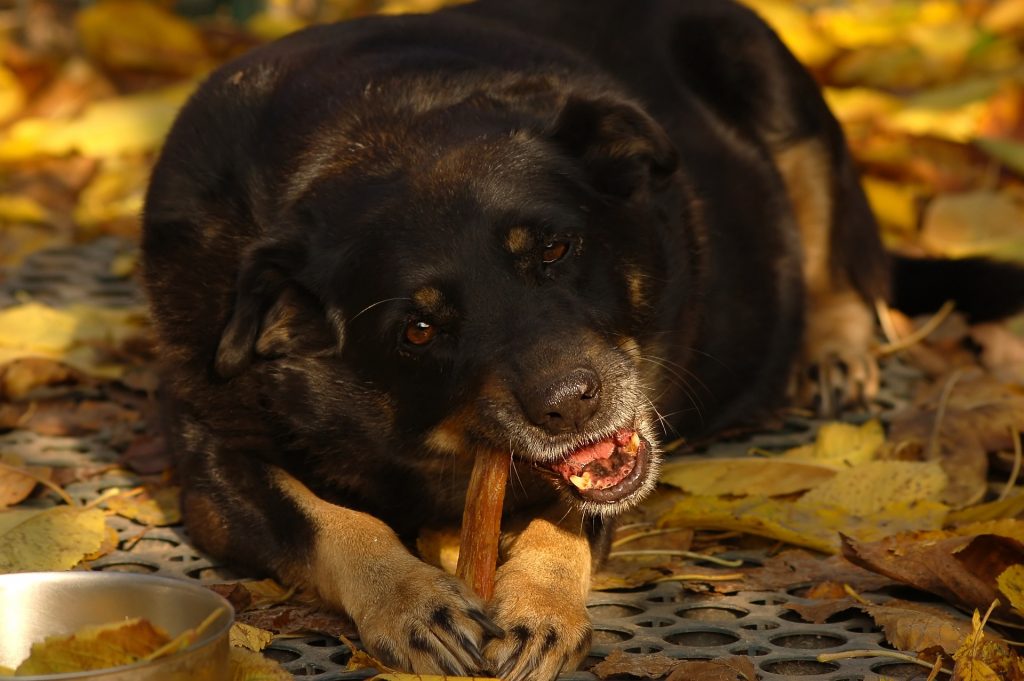 My friend recently bought a $3,000 labradoodle but refuses to pay to get it trained. The dog is really badly behaved. Whenever I bring up the need for training, my friend gets very defensive and lashes out at me. Last time I visited her, the dog got into my bag and chewed through some seriously expensive skin care products I treated myself to. She acted like it wasn’t an issue and even said it was my fault for leaving my bag on the floor! We’ve been friends for nearly 20 years, so it’s a little complicated, but how can I let her know her actions feel inconsiderate and get her to take proper responsibility for her dog?

Most dogs enjoy chewing on a nice raw bone to pass the time; hers likes to mix things up with the occasional $200 tube of eye cream.

Your friend’s response to her delinquentdoodle destroying your stuff — “Yawn … whatever” — suggests she comes up short in a personality trait called “conscientiousness.” Conscientiousness is one of the five core personality dimensions that shape how we typically behave (the other four being openness, extroversion, agreeableness and emotional stability). Each of these dimensions reflects a spectrum — a scale from low to high — so, for example, extroversion includes everything from extreme extroversion to extreme introversion (the party animal versus the sort of animal that prefers hiding under a car till the shindig’s over).

Research by psychologists Joshua Jackson and Brent Roberts finds that people with high conscientiousness are responsible, hardworking, orderly and able to control their impulses. (Their work was focused on the behaviors of the conscientious, as opposed to thoughts and feelings.) Not surprisingly, other research — a cross-cultural study by psychologist Martin C. Melchers — finds that people with higher levels of conscientiousness tend to be more empathetic (making them less likely to react to their animal turning a friend’s possessions into chew toys by being all, “Dogs will be dogs!”).

Personality traits are, to a great extent, genetic and tend to be pretty stable over time and across situations. However, psychologists Nathan Hudson and R. Chris Fraley found that a person may be able to change his or her personality traits, including the level of conscientiousness. Their research suggests that a person can become more conscientious by continually setting very specific weekly goals — for example, tasks to follow through on that they’d normally let slide.

The problem is this friend of yours might need some wake-up call to be motivated to change. People who get away with living sloppy typically see no reason to live otherwise. Consider the difference in how driven someone would be to clean up their act in the wake of “hitting bottom” versus, say, “hitting middle.”

Another demotivating factor might be your friend’s WTR — “welfare trade-off ratio” — a term that unfortunately sounds like illegal food stamp swapping. In fact, as evolutionary psychologists David Buss and Lars Penke explained, a person’s welfare tradeoff ratio refers to how much weight they place on their own interests relative to those of another person. In other words, “welfare” really means “well-being” — as in, “How willing am I to sacrifice what’s best for me so you can have what’s good for you?”

Buss and Penke add that people who are narcissistic — self-centered, exploitative, with a strong sense of entitlement, and lacking in empathy — “habitually place a higher weight on their own welfare relative to the welfare of others.” Now, maybe you don’t see this sort of selfish, cavalier attitude coming out habitually in your friend, but maybe that’s because friendship is fun-centered and thus doesn’t have the sort of strains put on it that a business partnership or relationship does. (You don’t have to decide whether to have an abortion because you went out for drinks with your friend.)

Where does this leave you? Unfortunately, without a lot of attractive options. Though it’s reasonable to prefer that she change her philosophy on dog training (which appears to be “Why bother?”) expecting her to do so is basically the love child of toxic hope and irrational expectations. Tempting as it must be to simply demand she train her dog, as you’ve already seen, telling people what to do tends to backfire, leading them to tell you where to go.

What you can do is choose: Consider whether the benefits of having her in your life are worth the cost. If you decide to keep her around, be realistic: Leave any pricey rejuveceuticals and anything else of value locked in a kennel when visiting her and Cujodoodle.