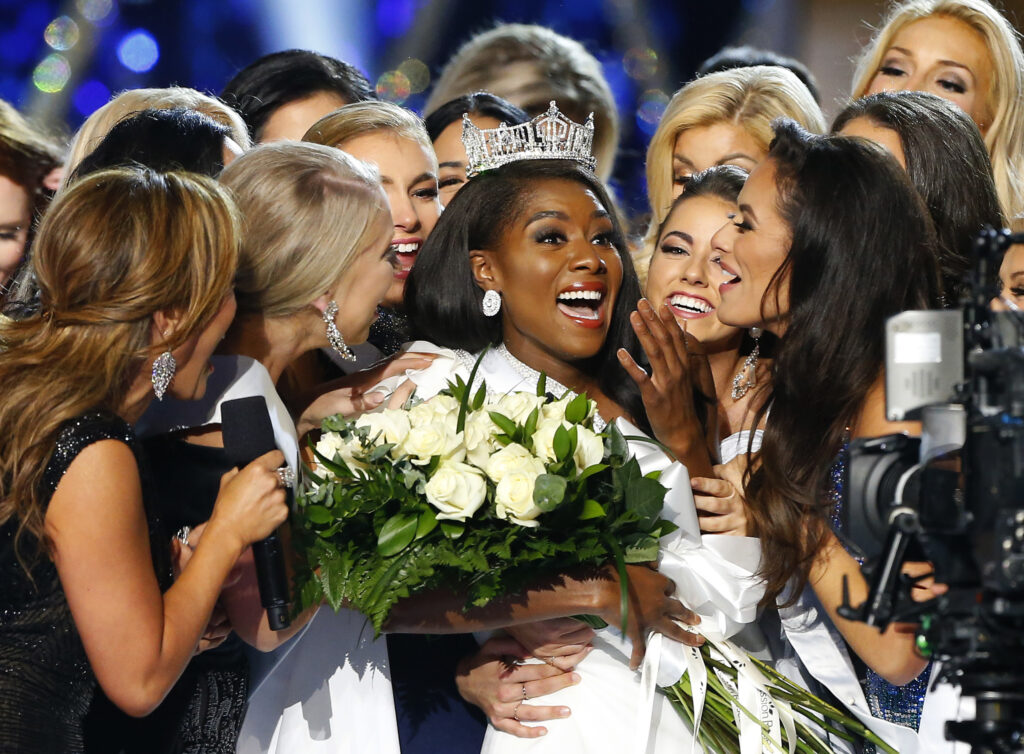 There she is. Here she isn’t.

Miss America is leaving Atlantic City for the second time, trading one casino town for another in a move that caps a whirlwind of change at the nearly century-old pageant.

This year’s pageant will be held at the Mohegan Sun Connecticut in Uncasville, Connecticut, the Miss America Organization said Tuesday.

It will be broadcast on NBC on Dec. 19, in a switch from recent broadcaster ABC.

“Miss America is a storied organization that has a long history of empowering women, providing tremendous educational resources to women and serving the overall public good,” he said.

“We’re thrilled to be hosting an impactful event like the Miss America Competition in December, and we look forward to working with both Miss America and NBC on what will be a tremendous evening,” he said.

The broadcast will be on a Thursday evening from 8 p.m. to 10 p.m. Eastern time, a departure from its longstanding fixture as a Sunday night event.

The pageant began in Atlantic City in 1921 as a way to extend the summer tourism season beyond Labor Day weekend. It became synonymous with the New Jersey seaside resort but moved to Las Vegas in 2005, returning to Atlantic City in 2013.

It had been held at the historic Boardwalk Hall, and a parade in which contestants wore shoes with themes identified with their individual states had become part of the pageant’s history.

For decades, the pageant was a part of Americana, and longtime master of ceremonies Bert Parks crooning, “There she is … Miss America,” became synonymous with the pageant.

An email scandal in December 2017 led to the ouster of the pageant’s mostly male leadership, some of whom were revealed to have mocked contestants’ appearances, intellect and even sex lives.

But state pageant organizations chafed under the new leadership and launched vocal protests against the new leadership, which vowed to move forward with changes designed to make Miss America more relevant and empowering to women.

The biggest change included the elimination of the swimsuit competition in favor of more in-depth contestant interviews.

Carlson has since stepped down.

The pageant’s departure from Atlantic City had been expected since the Casino Reinvestment Development Authority declined to renew subsidies for the pageant following last September’s competition.

Over the past six years, the agency spent more than $20 million on subsidies for the pageant.