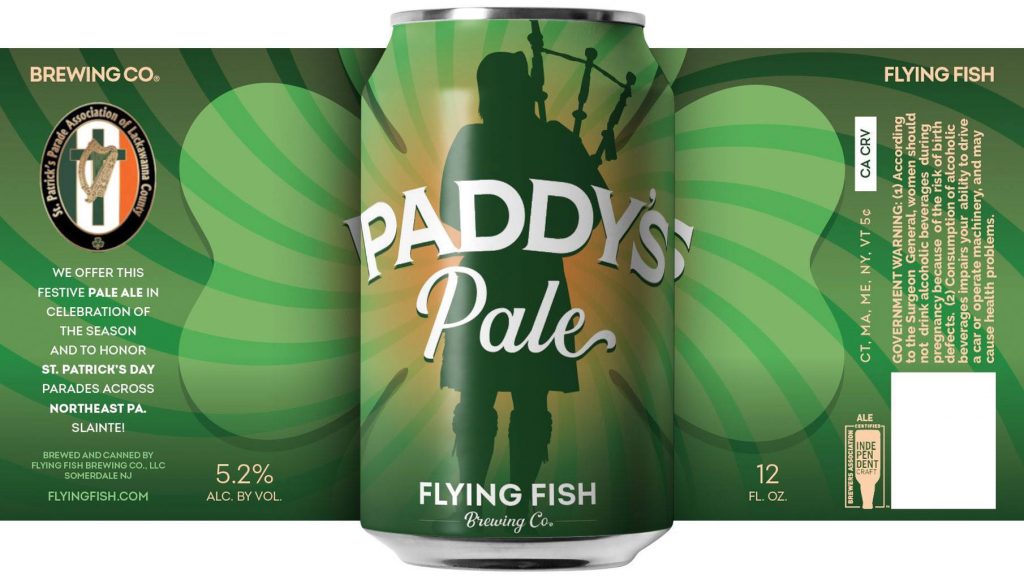 “We offer this festive pale ale in celebration of the season and to honor St. Patrick’s Day parades across Northeast PA. Slainte!” an image from the Somerdale, New Jersey, brewery reads. The beer has 5.2% alcohol by volume.

In 2018, the brewery released the Parade Day Lager in honor of the annual Scranton St. Patrick’s Parade. Proceeds from each keg of that brew went toward supporting the parade.

The Lynett and Haggerty families, owners of Times-Shamrock Communications, which publishes Access NEPA, bought a majority interest in Flying Fish Brewing Co. in 2016.