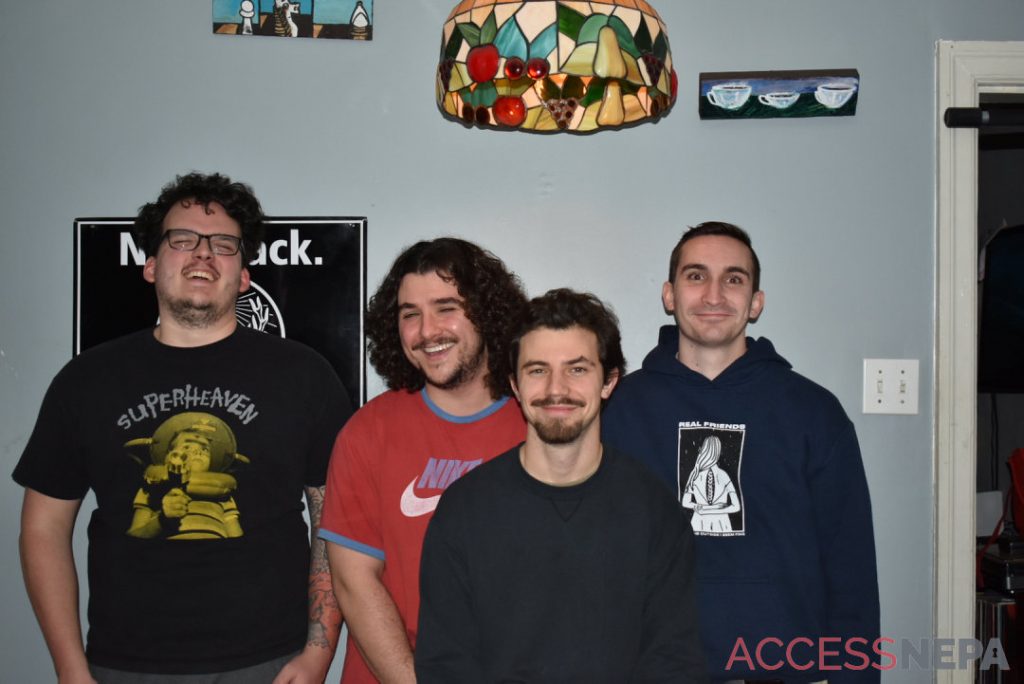 A indie pop rock band with Northeast Pennsylvania ties released a new album last weekend and all proceeds will benefit a suicide prevention organization in memory of a friend.

The band, Cuddledrug, began livestreaming its new songs on its Instagram page — @cuddledrug — Saturday. The album went on sale Sunday.

“We are trying to raise as much money and awareness as we can,” said band member Derek Jolley, 25, a Larksville native.

The new album is dedicated to a friend who died from suicide last year.

“It eulogizes our friend, but in a positive way,” Jolley said. “We didn’t try to write any bummers.”

The band members are now based in Philadelphia, where they all have other jobs, but the group also has a studio in Larksville and record in a studio in Olyphant.

In addition to Jolley, the band members are Frazee Sutphen of Nanticoke, David Heinz, a Wilkes University graduate, and Jolley’s cousin Patrick Walton of Pottstown.

The band is selling its album on cuddledrug.bandcamp.com/merch. It also will be available on Amazon and Apple Music. The band is also hosting an art raffle on its website.

All proceeds will go to the National Suicide Prevention Lifeline, which is is a national network of local crisis centers that provides free and confidential emotional support to people in suicidal or emotional distress.

“Mental health awareness, advocacy, and suicide prevention are so unbelievably important in our society today, and we are grateful to be able to help in this way,” Jolley said.