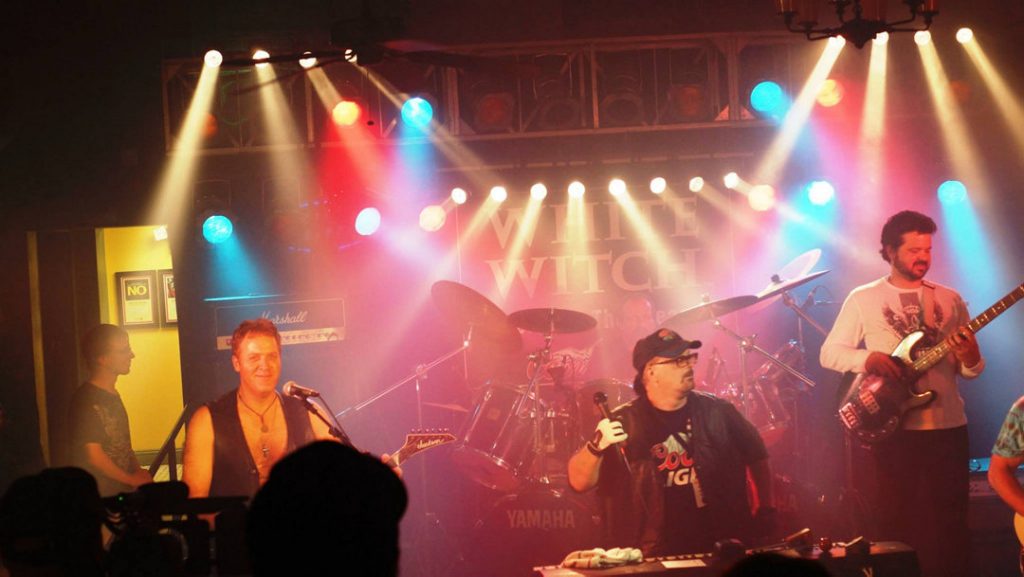 Jeff Pittinger still holds onto his dream of helping others through music.

The Muncy resident and manager and lead singer of metal band White Witch has been in the music scene, regionally and beyond, since the ’80s.

“I was actually born to do this,” Pittinger said during a recent phone interview. “The God that I believe in has chosen my path, and I think that before my day is over I’m going to do something or accomplish something that will inspire lots and lots of people one day when they finally do hear my story.”

Always interested in music, Pittinger got a real taste of performing for crowds in the early ’80s when he was in a band that covered artists such as Queen, Styx and Journey. Though, he was hungry for more.

“I wanted to write my own songs,” Pittinger said. “I had a lot of them, and they started to pile up; notebooks of them. So, I decided to form an original act.”

Then came the birth of White Witch a year later, which was — and still is — dedicated to playing all original hard rock and heavy metal music across the state. Aside from Pittinger on lead vocals, the band’s lineup includes Doug Lehman on lead guitar, Carl Berry on drums and Jimmy Lovick on bass guitar.

Pittinger said there is a lot more gratification, feeling and soul in writing, performing and releasing your own music compared to only doing covers. For instance, the band’s most recent album, “Hell Is Doomed,” features songs that each tell a story about good defeating evil, he added.

“They’re not like a lot of the songs that are out, (like) ‘Oh darling, I miss you, come back,’” Pittinger said. “It’s not relationship stuff. They’re stories.”

Fans can check out the album at all Gallery of Sound locations throughout the region, including 237 Scranton-Carbondale Highway, Dickson City, and 186 Mundy St., Wilkes-Barre. Never slowing down, the band also plans to record its next album in early 2021.

Music serves as a creative outlet for Pittinger, who has struggled with his mental health over the years. Celebrating 15 years of sobriety this year, he hopes White Witch’s music can inspire people who have lost their way.

“To sum it all up, I’m going to do everything I can, (as much as) humanly possible, with the little resources I have to push this band as far as I can,” Pittinger said. “I still think there’s a place for us in this world.”