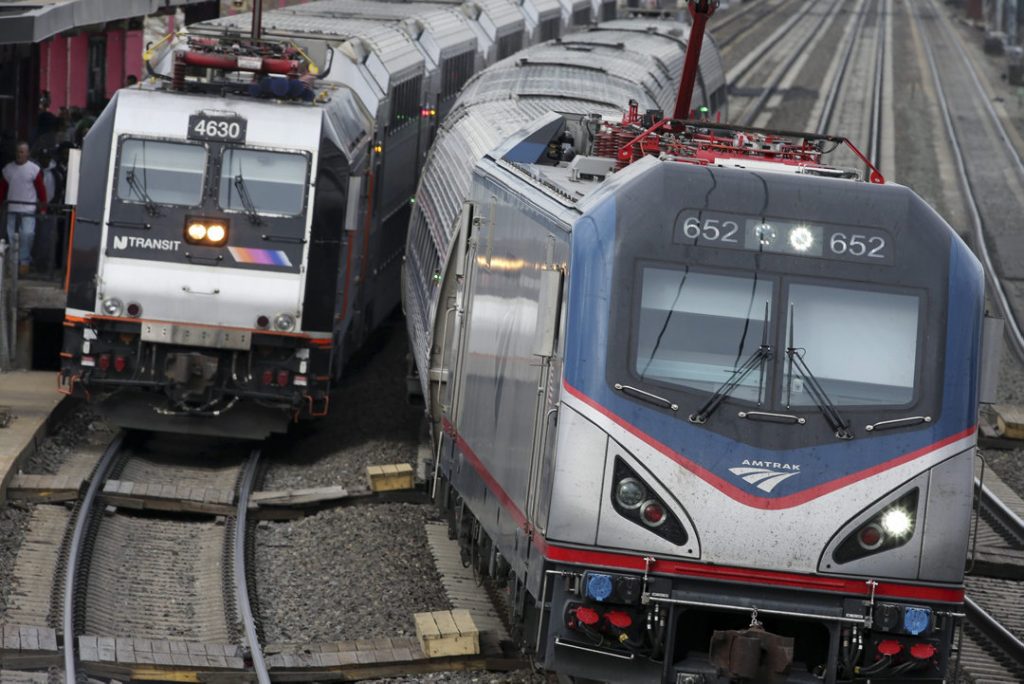 Amtrak, the nation’s largest passenger railroad, proposes a possible route between Scranton and New York City as part of its nationwide expansion plan.

An idea first officially floated more than a decade ago, the proposal for Amtrak service between the two cities appears on a map that officials of the federally owned railroad have circulated lately as they lobby Congress for $25 billion over five years for expansion.

Ray Lang, Amtrak’s senior director for national-state relations, presented the map in September during a Zoom webinar hosted by officials of the Rail Passengers Association, which advocates for wider passenger rail development.

Repeated efforts to reach Lang were unsuccessful. His slide presentation focused mostly on untapped, larger markets elsewhere, but the map brightened the hopes of local advocates. They view the Amtrak proposal as one more possible funding source for a project that so far centers on New Jersey Transit developing and operating the train. New Jersey Transit handles that state’s mass transportation.

“This will be an Amtrak service, which we’ve always talked about and contemplated,” said Malski, who has worked on restoring passenger service for more than three decades. “But we now appear on their map. So that’s a plus, getting national recognition and publicity.”

U.S. Rep. Matt Cartwright, D-8, Moosic, who has made re-establishing the service a priority, urged against too much optimism.

“You have to take that with a grain of salt because … we’ve heard this kind of thing before from Amtrak management,” Cartwright said. “They want to link up Scranton so that they can access the southern tier of New York (Binghamton). And all of that makes great, good sense. But they’re the gung-ho rail guys. They’re not the people who pay for it. It could happen, I mean, because we’ve got a lot of political muscle in New York that would like that.”

U.S. Senate Democratic Leader Chuck Schumer represents New York and has advocated for the Binghamton service before. The New York Department of Transportation studied connecting Binghamton to New York City by rail in 2002 and concluded the best way was through Scranton, but nothing happened.

Nothing came of the study, though Malski also sounded hopeful then because of the potential for a new funding source. The current Amtrak map does not show a Binghamton service.

Lang told the passengers group that Amtrak’s improved finances finally allow for expansion planning. Before the COVID-19 pandemic, the railroad projected a fiscal year-end deficit of only $33 million, almost breaking even for the first time in its history. He pointed to population centers along Florida’s gulf coast, Texas, Colorado and Arizona as potential targets for new service. 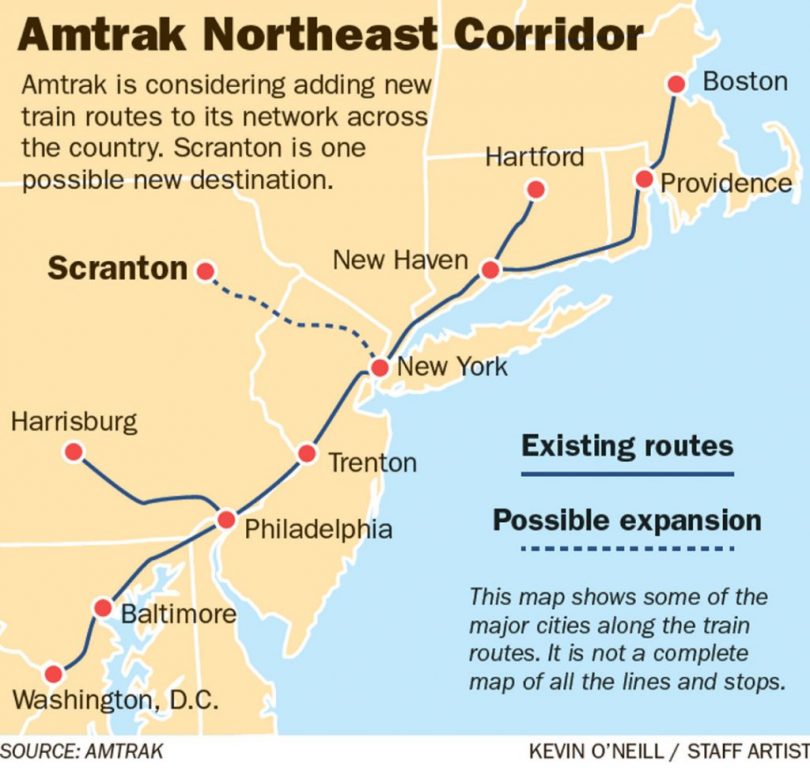 “What this shows you is that Amtrak services have not really followed the population shift,” Lang said. “This is a problem for us, because if you think about it in a certain way … we’re dying. Yeah, we can continue to grow service or grow ridership each year. But if we’re not growing at the same rate as the population in the country is growing, and … if our trains are not serving where the people are moving to, you could argue that we’re losing our relevance.”

New Jersey Transit has already begun some construction. The agency has reinstalled tracks on about 4.2 miles of a 7.3-mile stretch of the famed 28-mile Lackawanna Cutoff in northern New Jersey where tracks were removed in the late 1980s. That stretch would extend service to Andover, New Jersey. Next year, the agency plans to award a contract to rehabilitate the Roseville Tunnel, critical to finishing that stretch. A New Jersey Transit spokeswoman has said the Andover service wouldn’t begin until 2026.

New Jersey has no plans for tracks on the other approximately 21 miles.

Funding for that remains elusive, but Malski said the beginning of construction in New Jersey gives the local project an advantage as does dedicated state funding for passenger railroads, which didn’t exist five years ago.

Tyler Kusma, a founder of the Scranton Rail Restoration Coalition, which advocates for Scranton-to-New York City rail service, listened to Lang’s presentation to the passengers group online, squinted to see the map and the Scranton line and later confirmed Scranton’s presence with Lang.

“Now it seems that it’s probably, dare I say, more likely that Amtrak may even come in before New Jersey Transit, which would have completely blown me away if you told me a year ago,” he said.