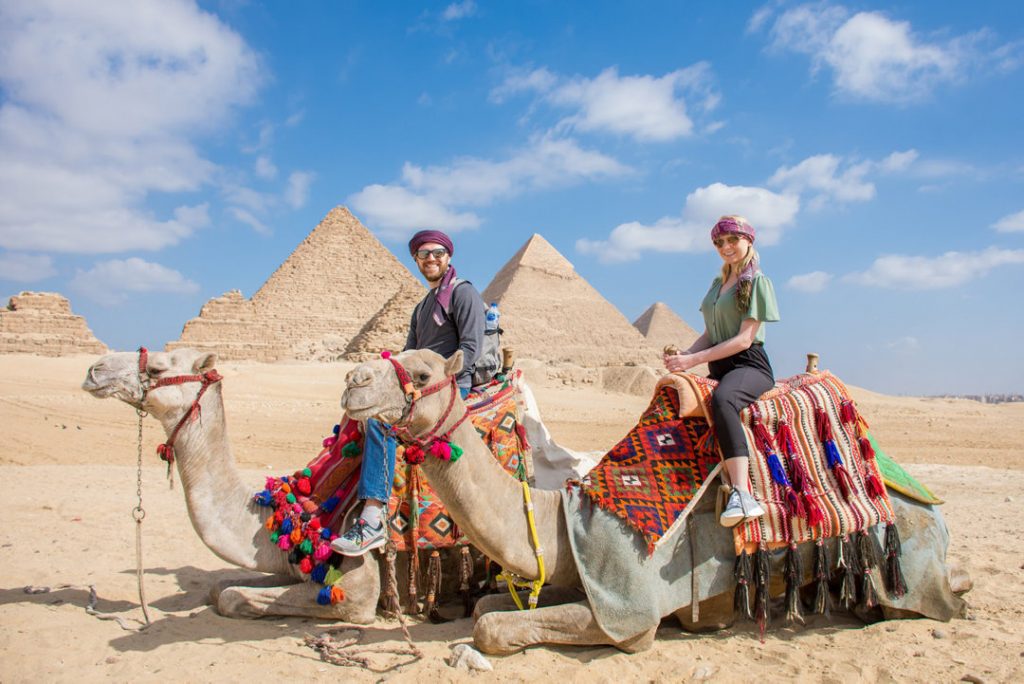 Chelsea Lucas and her fiancé, Joseph Adelmann, want to show the world that you don’t have to be young and rich to travel the world.

To do that, Lucas, a 28-year-old professional recruiter from Port Carbon, and Adelmann, a 32-year-old engineer from New Jersey, created the Bucket List Beauty lifestyle brand.

“We hear people say, ‘Oh, if only I was younger, if only I had more money,’” Lucas said. “We want to share with people that it’s easier than they think.”

Lucas and Adelmann met in Pottsville in 2015 and quickly discovered a shared passion for travel. They took first trip together in 2017, traveling to Switzerland, France and England. Since then, they have seen Germany, Austria and Egypt, too.

They climbed to the top of the Arc de Triomphe in Paris, went paragliding in the Swiss Alps and rode camels in front of the pyramids of Giza (something they talked about doing on one of their first dates). They document their adventures on the YouTube channel Bucket List Beauty and the Instagram account @bucketlistduo_, which had almost 9,000 followers as of July.

And the photos say it all. Lucas kisses the Sphinx, holds hands with Adelmann beneath the Eiffel Tower and imitates “The Sound of Music” in Austria. She makes a small amount of money from the views on her videos and helps people plan their vacations here and there, but Lucas has bigger plans. She wants to expand the Bucket List Beauty brand and turn it into her primary source of income, hopefully around the time she and Adelmann marry in 2022.

“Who knew there were two types of crepe?” Adelmann says in one video as he and Lucas roam the streets of Paris.

At first, Lucas posted makeup and lifestyle content online — hence the “Beauty” in “Bucket List Beauty” — but later shifted her focus to visiting the places on her bucket list.

“In the U.S., we forget that there’s a whole world out there with a rich history that dates back very far, farther than the founding of our country,” he said.

“Travel gives you an opportunity to meet new individuals and cultures that are so different from mine,” Lucas said. “By traveling and learning these customs and what is happening in their day-to-day lives, (it) makes me connect to my home area of Pottsville.”

Lucas and Adelmann were in Egypt in February and March 2020, mere weeks before the world shut down. At the time, there was a COVID-19 outbreak on a cruise ship in the Nile River. A group of schoolgirls asked to take a picture with Lucas because they had never seen a woman with such light skin and hair. They wanted to remember the day they saw a woman “with hair like the sun.” 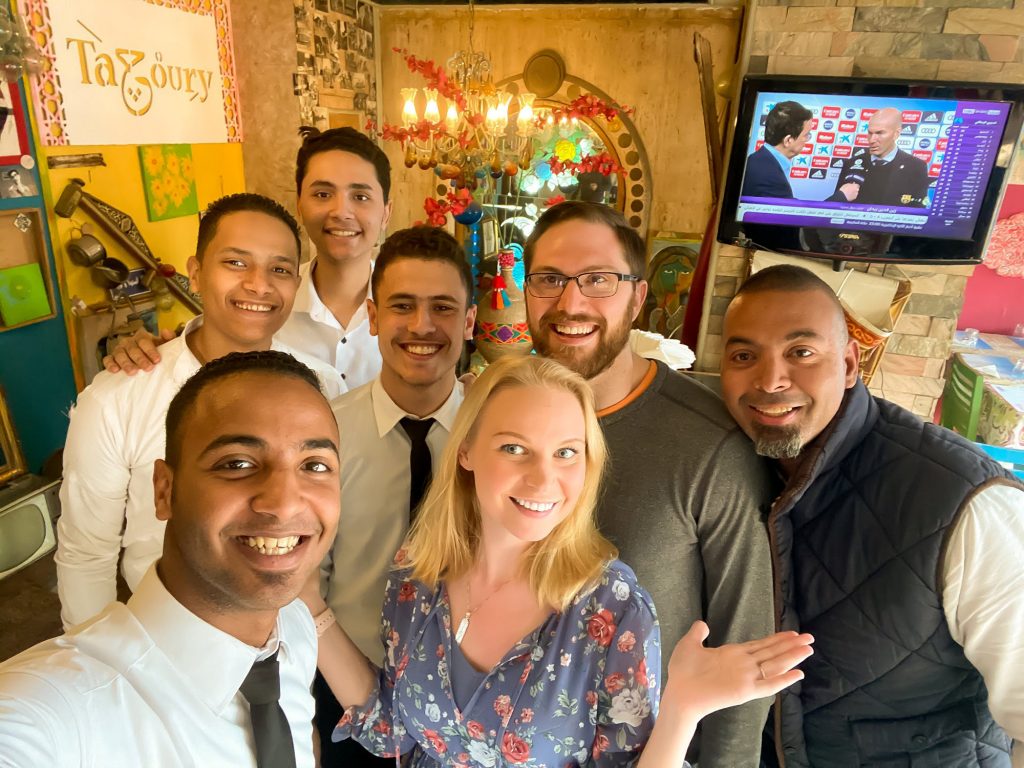 SUBMITTED PHOTO
Chelsea Lucas and Joseph Adelmann take a selfie with some friends they made while touring Egypt.

Egypt was the biggest culture shock the two ever experienced, but as the trip went on, Lucas saw similarities to Schuylkill County everywhere she went. Five times a day, Lucas and Adelmann heard the Muslim call to prayer, verses from the Quaran shouted from the minarets of mosques.

Bucket List Beauty embraces a philosophy of sociable travel — treating the people you see in foreign countries as friends you just haven’t met yet and focusing on similarities rather than differences.

“At the end of the day, it’s working people who provide for their family and care for others,” Lucas said. “Traveling gives you such a great opportunity to learn about other people and learn about yourself.”

One week after the European Union reopened its borders, the Bucket List Duo’s travels continued. They went to Italy in July and met a Belgian family in Bellagio that opened its doors to them. Even though the Belgians spoke little English, they talked about life, food and travel. They even served Lucas and Adelmann a late-night dinner of Belgian waffles. The hospitality reminded Lucas of home.

“I think in Schuylkill County, it’s so common to meet someone and immediately feel like they’re family,” she said. “They’ll welcome you into your home, they’ll offer you a meal, they’ll take care of you like you’re their children.”

In a bucolic town in the Swiss Alps, Lucas and Adelmann wandered into a meat shop filled with cheese and sausage. They ordered the kielbasa — and felt like they were back at Kowalonek’s in Shenandoah.