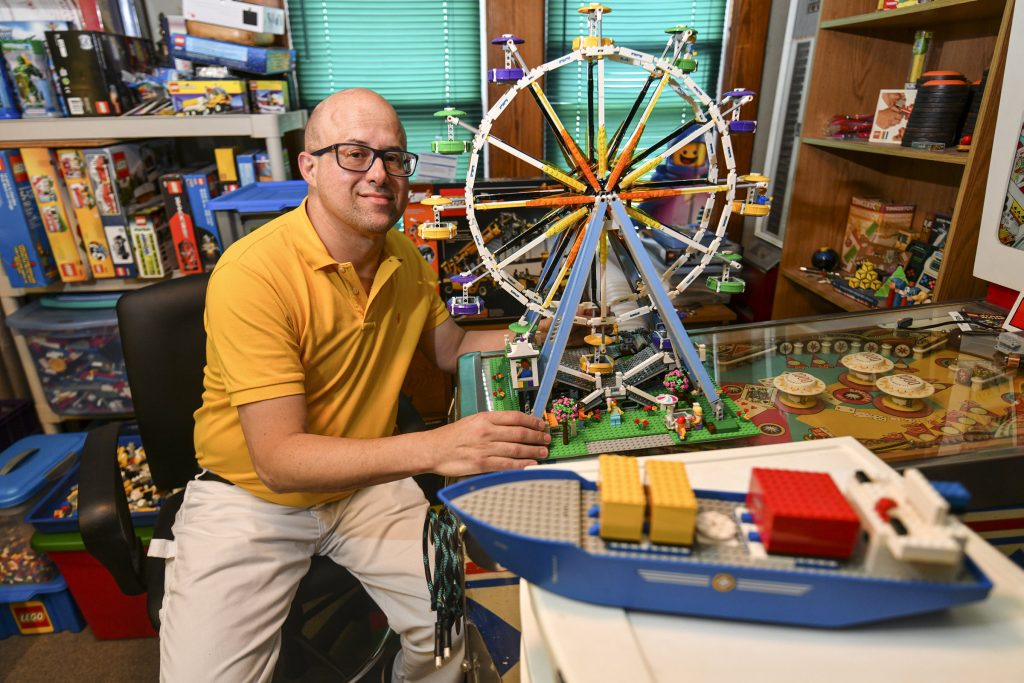 And while its colossal railroading machines from bygone eras prove a draw each time the annual Railfest rolls around on Labor Day weekend, one of the festival’s popular attractions in recent years entertains on a much smaller scale.

For the last few Railfests, Steamtown has hosted the work of Lego enthusiast Derek Raines, who lives in Scranton’s Hill Section. Rail fans of all ages can check out his Lego train layout at the park, Lackawanna Avenue and Cliff Street, Scranton, during the festival on Saturday, Aug. 31, and Sunday, Sept. 1, from 9 a.m. to 5 p.m.

“They put up a whole bunch of tables for me, and my wife takes me down and we set it all up,” Raines said. “And then we sit there the next couple days running all the trains.”

Now 55, Raines received his first set of Legos from his grandfather in second grade and said he’s “purchased countless Lego sets since then.” Today, he has two rooms in his home dedicated to storing his collection, which he estimates at a few hundred-thousand pieces.

A retired federal worker with multiple sclerosis, Raines works part-time at Allied Services, where he also runs an MS support group. He hooked up with Steamtown a few years ago through a former coworker at Tobyhanna who now is at Steamtown, who asked if he would be interested in doing a Lego layout for Railfest. Raines estimated that around 900 kids plus numerous “ALFs” — or adult Lego fans — came to see the layout during last year’s Railfest. He enjoys challenging the kids to find small details, like a miniature Coca-Cola machine.

“It really requires attention to detail because there’s so many Legos that are there, and they’re probably the size of the little joint on your little finger,” he said. 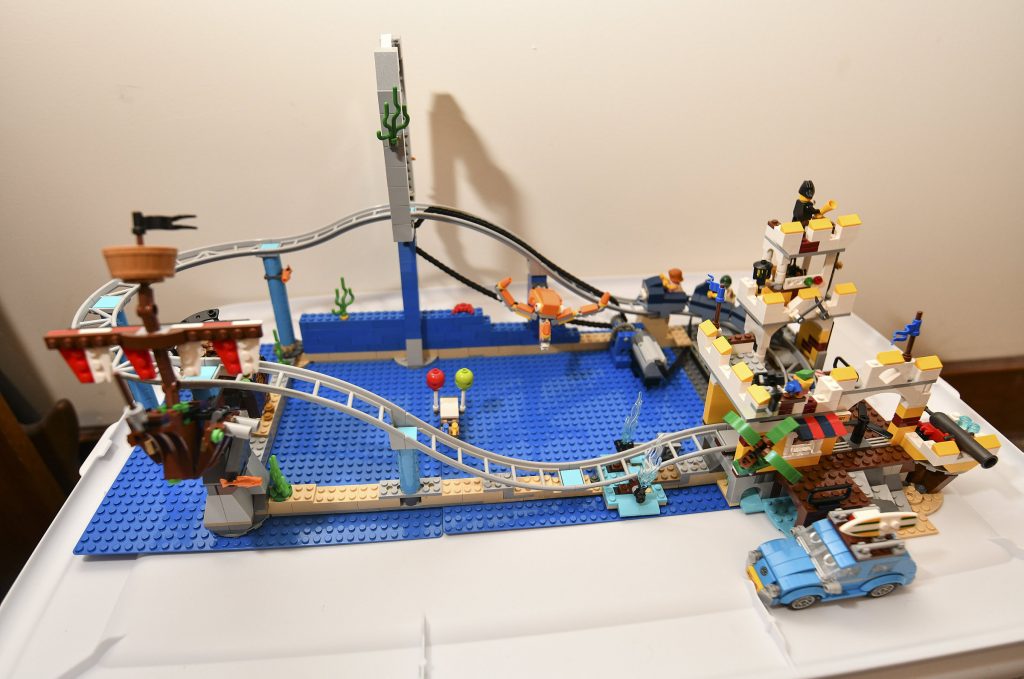 A few family members usually help Raines put together the display the day before the festival, laying out hundreds of pieces of track plus switches and all the unique touches of the “full neighborhood” with “countless vehicles, from garbage trucks to sports cars,” Raines said. His wife, Jill, handles all of the Lego flowers.

“This year I’m going to introduce the Ferris wheel, which is like 2,500 pieces, and then build a roller coaster,” Raines said.

While Raines likes putting everything together, Railfest offers other pluses.

“For me, it’s seeing the joy in the kids’ faces and talking to the guys who are my age who had Legos when they were a kid. … To talk to all these people who love Legos, to me it makes them feel good, and it makes me feel good that I’m able to bring them joy (with) something they had as a kid,” he said.

Of course, Raines’ Legos make up just part of a full weekend at Steamtown that also includes special visiting railroad equipment, food vendors, live music by country trio Riding the Rails and others, demonstrations, train rides, a magic show, tours and much more.

“We’ll have a schedule of demonstrations in the shop instead of in the past where visitors have just walked through the shop,” said Bill Fischer, Steamtown’s chief of visitor services and resource management. “The shop will be open, but this year there will be set times for specific demonstrations of equipment. We’ll have our little maintenance track cars that people can ride on. We’ll have our typical short train rides in the yard and caboose rides.”

On Saturday at 10 a.m., the Railfest opening ceremonies will start and include various presentations. As in past years, Steamtown will host a nighttime photo shoot for an additional fee that evening at 5:30, although Fischer said that has almost sold out. The weekend offers “special things that we normally don’t do during the course of the year,” Fischer said. 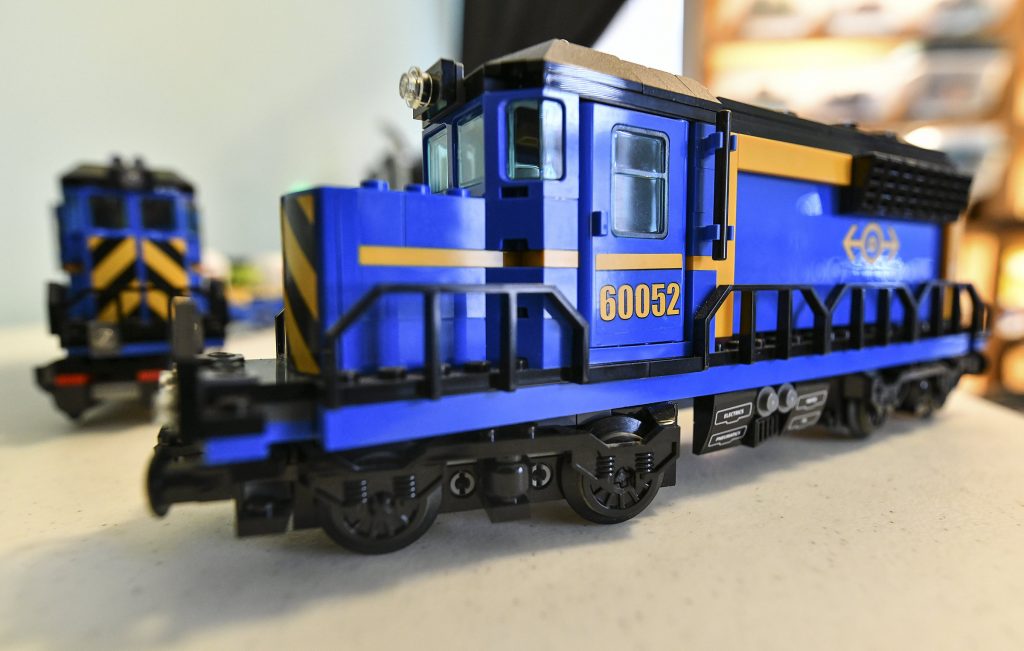 “The shop is open, normally that’s only by guided tour,” he said. “We’ve been coming up with as many different things as we can since it’s very difficult to get visiting equipment from outside of the area, just because of the expense. We’re going to have a couple of our steam locomotives available to tour the cab with a volunteer staff member.”

Those who want to travel by rail also can take excursions to Moscow happening both days, and a special trip through Wayne County on Saturday. For that trek, guests will leave Steamtown in the morning by bus and then board the Stourbridge Line in Honesdale, which they will disembark in Hawley. From there, they’ll go by bus to Moscow, where they’ll pick up a train back to Steamtown. Special fees apply for all train rides.

Guests also can pick up a shuttle from Steamtown to Lackawanna County Courthouse Square, where the annual La Festa Italiana is taking place.

Overall, Steamtown has many things going on for a wide variety of people, Fischer said.

“It’s not just for rail fans, but we have some dedicated events for those diehard rail fans,” he said. “We are doing a lot of kid-friendly things, so it’s a family-friendly event. … I think it’s just a good time for anybody.”