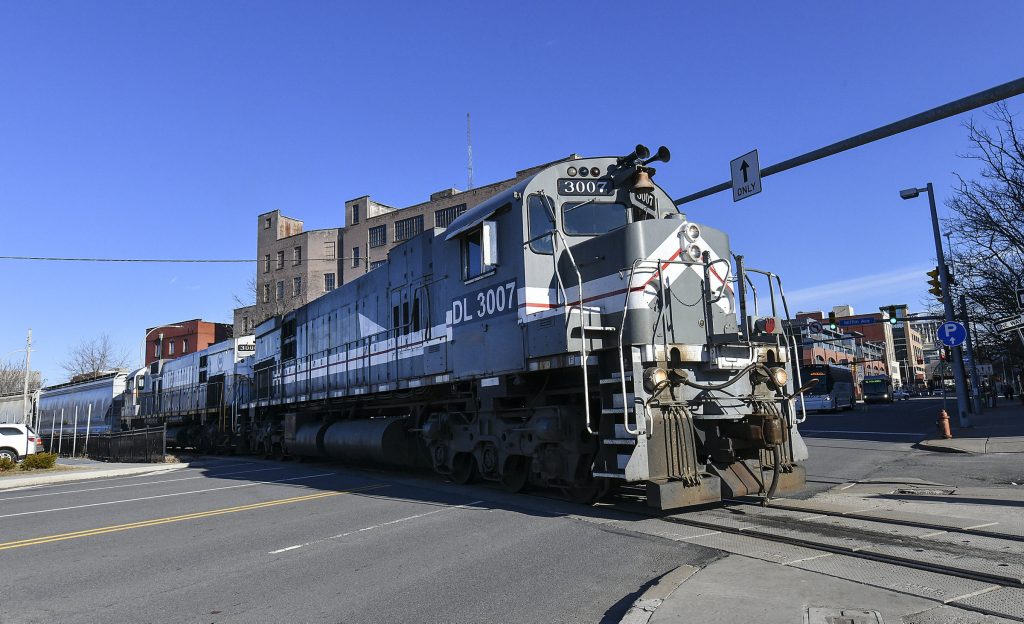 Don’t expect to climb aboard that passenger train to Hoboken, New Jersey, until years from now, but the latest study focused on it offers renewed hope.

The “Lackawanna Cutoff Restoration Commuter Rail Study” pegs the cost at $288.93 million, far lower than the $551 million estimate in a 2006 study.

U.S. Rep. Matt Cartwright, D-8, Moosic, whose office helped cobble together about $1 million in local, state and federal grants to help pay for the new study, called it “inching forward” in restoring a train service he considers a mission of his job.

The new and 2006 studies differ in scope, which explains the cost estimate differences, officials said. The new study focuses solely on the cost of reinstalling the tracks, upgrading two major bridges and other related work necessary to complete 133 miles of continuous rail between Scranton and Hoboken.

The 2006 study included all that but also other upgrades all the way to Scranton, eight new train stations in the two states and two new maintenance shops, including one in Scranton. 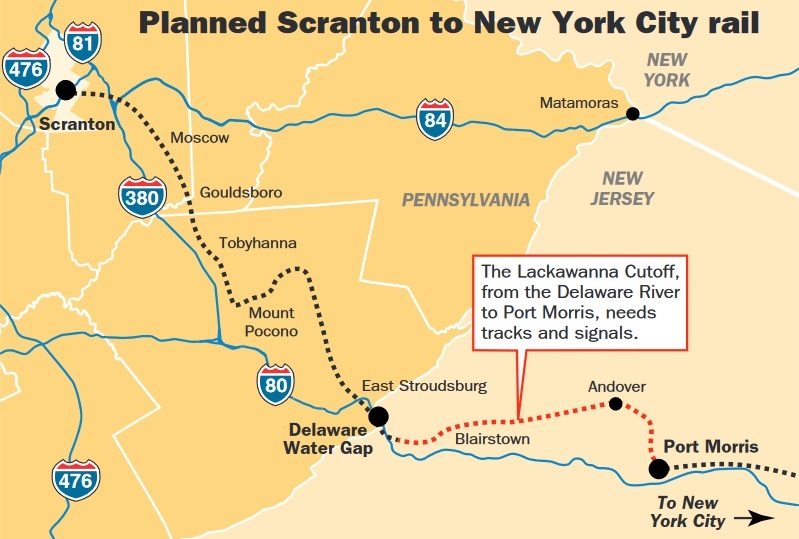 Excursion trips already operate on existing track between Scranton and the Delaware Water Gap, Malski said. Presumably, a restored train from Hoboken could run all the way to Scranton using that track, but not without the 21 miles missing on the cutoff.

“Without the 21 miles, we’re just spinning our wheels,” Malski said.

Cartwright said state transportation officials previously balked at seriously considering the project because of major concerns about the cost of upgrading the two viaducts, whose condition no one had thoroughly examined.

A state Department of Transportation official suggested just the bridge upgrades could approach $500 million, Cartwright said. The 2006 estimate for the entire project was not much more.

“I set about dispelling the fears that it would be that much money,” Cartwright said.

Restoring the Delaware River Viaduct should cost $54 million, the Paulins Kill Viaduct, $16 million, and the Slateford bridge and related culverts, $3.3 million, a total of $73.3 million, according to the new study authored by engineering firm Greenman-Pedersen Inc.

“What’s going to sell it is it’s not scary expensive,” Cartwright said.

Malski said Greenman-Pedersen even sent divers into the Delaware River to examine the bridge’s condition. 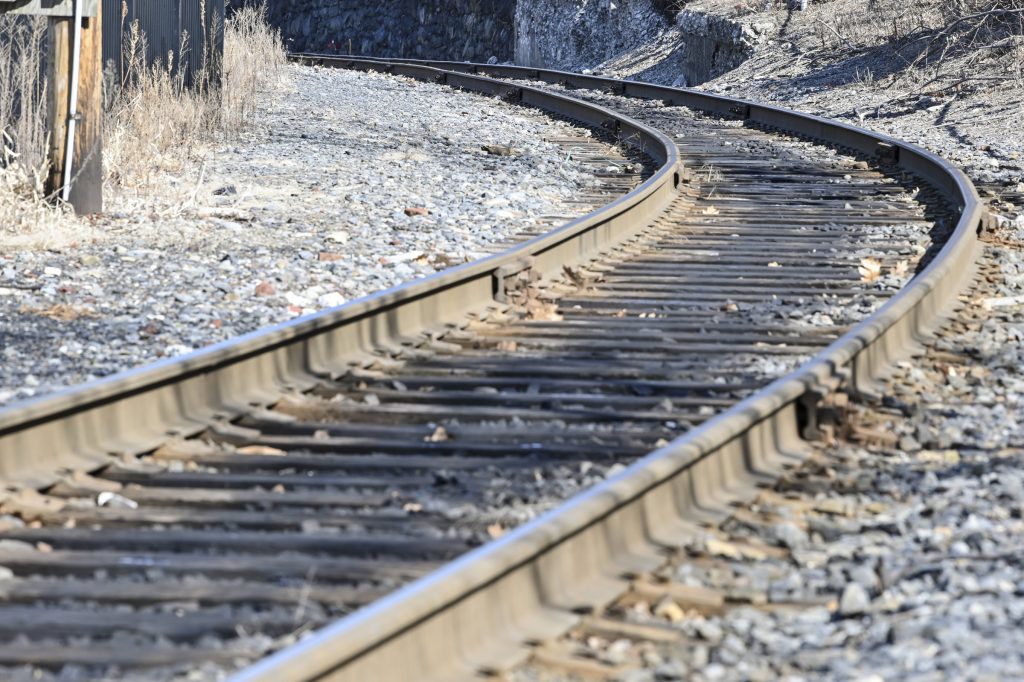 Cartwright said developing a new passenger study is next. The 2006 study estimated 3,350 passengers a day, including 40 from Scranton, by 2030.

After that, the congressman said, the focus will turn to the Pennsylvania and New Jersey governments finding actual construction money and negotiating future operating costs.

Planners like Malski used to set timetables for completing the entire project, but stopped doing that years ago. Malski loves to remind skeptics New Jersey Transit is already rebuilding the first section of tracks on the cutoff to Andover.

“It’s going to be done in stages,” he said. “The first phase is underway.”

Built by the Delaware, Lackawanna & Western Railroad with a mountain of earth for about $15 million in the early 20th century, the cutoff opened for business on Christmas Eve 1911, according to newspaper accounts. The cutoff’s tracks sat far above local roads. With no local traffic to worry about, trains could run at higher speeds. The cutoff’s construction also trimmed about 11 treacherous miles off the trip between Buffalo, New York, and Hoboken, a route that passed through Scranton.

The last passenger train to Hoboken ran in January 1970 and included Malski as a passenger. By the mid 1980s, Conrail owned the right-of-way, ripped up the tracks and sold the cutoff to a development company for $1 million. New Jersey Transit, which presumably would run the restored passenger service, bought the cutoff from developer Gerald Turco for $21 million in June 2001.