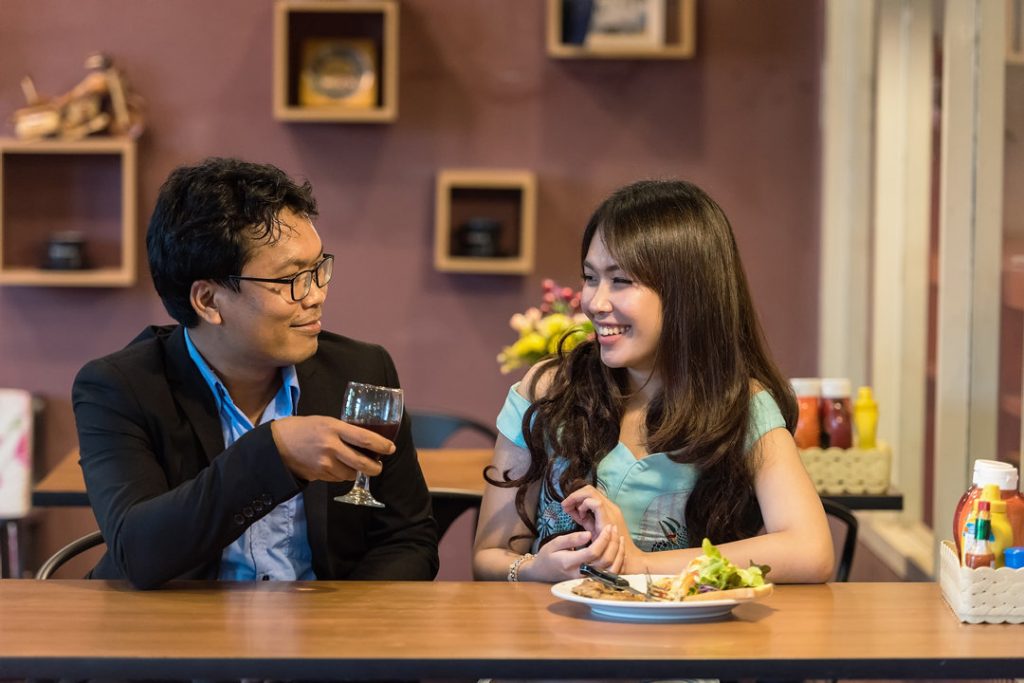 Want to attract a guy? Some flattery works better than others

I’m a single woman. I’d love to get into a relationship. Often, when I’m at a bar, I see a guy I’d like to chat up, but I won’t even approach because I don’t know what to say. Are there some pickup lines men love to hear?

There are a number of lines men would love to hear from a woman, among them, “I’ve really enjoyed my drink, and now I’d like to enjoy you” and, “Don’t you have a tattoo I should be licking?

However, there’s what men love to hear, and there’s what’s actually effective when you’re seeking a relationship that lasts long enough for you to learn to pronounce the guy’s name: “Is that Fred, like ‘Fred’?”

Evolutionary psychologist Maryanne Fisher and her colleagues researched which pickup lines, used by women on men, are most effective. “Effectiveness,” Fisher wrote, “was defined as success in securing a phone number or agreeing to meet again.”

Pickup lines fall into three categories: “direct,” “innocuous” and “flippant.” “Direct lines clearly convey interest” through unambiguous requests and flattering remarks, explained Fisher — for example: “Want to have a drink together?” “You have really nice eyes” and “Can I have your number?”

Innocuous lines, on the other hand, “hide the intention of the speaker and act more as conversation starters.” Examples include: “Can you recommend a good drink?” “I’ve seen you before; do you work here?” and “Where did you get that tattoo? Did it hurt?”

Flippant lines involve humor — or, um, attempts at it, like an example Fisher referenced from previous research: “Can I get a picture of you so I can show Santa what I want for Christmas?” Another flippant charmer: “Is that really your hair?”

Fisher explained that, like innocuous lines, “flippant lines are theorized to protect the user from rejection, as they can disguise a failed attempt as a simple question or a joke.” Unfortunately, both flippant and innocuous lines also seem to “protect” the user’s target from knowing that the purveyor is interested.

Fisher’s research, like previous research, found that men preferred direct pickup lines to the innocuous and flippant ones. This isn’t surprising. Men tend to be bad at picking up hints, and many are terrified of overestimating a woman’s interest and waking up to their name hashtagged with #MeToo. When a woman uses a direct pickup line, and especially when she spreads additional direct lines around in conversation, she’s telling a guy she’s interested in seeing more of him, as opposed to seeing whether she should Mace him.

Unfortunately, there’s some nuance to the Fisher team’s findings — what might be called (sorry!) beauty inequality. Direct pickup lines were preferred by men when the women using them were really attractive. Direct lines were less effective for less attractive women — except when they were scantily clad.

Also, men will tell you they love when women ask them out. (Of course they do. It’s like they’re standing on a dock fishing when, out of nowhere, a plate of perfectly cooked salmon flies out of the water and lands on the bench beside them.) Unfortunately, evolutionary psychology research suggests that for women, overt pursuit of men, like asking them out, is a risky strategy.

The research comes out of what evolutionary biologist Robert Trivers, in 1972, called “parental investment theory”: Because women have a high potential cost from any sex act — pregnancy and a kid to feed — they evolved to be the choosier sex, and men coevolved to expect female aloofness, especially from women with high “mate value.” When women seem too eager, men tend to devalue them, seeing them as desperate or just hookup material.

Synthesizing Fisher and Trivers, my takeaway is that you should be unambiguous in showing interest in a guy — and ideally, repeatedly unambiguous. Use flattering remarks to make your interest plain, but stop short of highly sexual remarks, which are likely to mark you as hookup fodder, or asking a guy out. Your goal should be flattering a guy into understanding that you’re interested in him. This allows you to see whether he’s got real interest in you — enough for him to lay his ego on the line and hit you up for your number.

Do this regularly — being flirtatiously forward — and you should come to understand that you have the power to summon men into your life. Maybe not the men you want, but more than you would have thought.