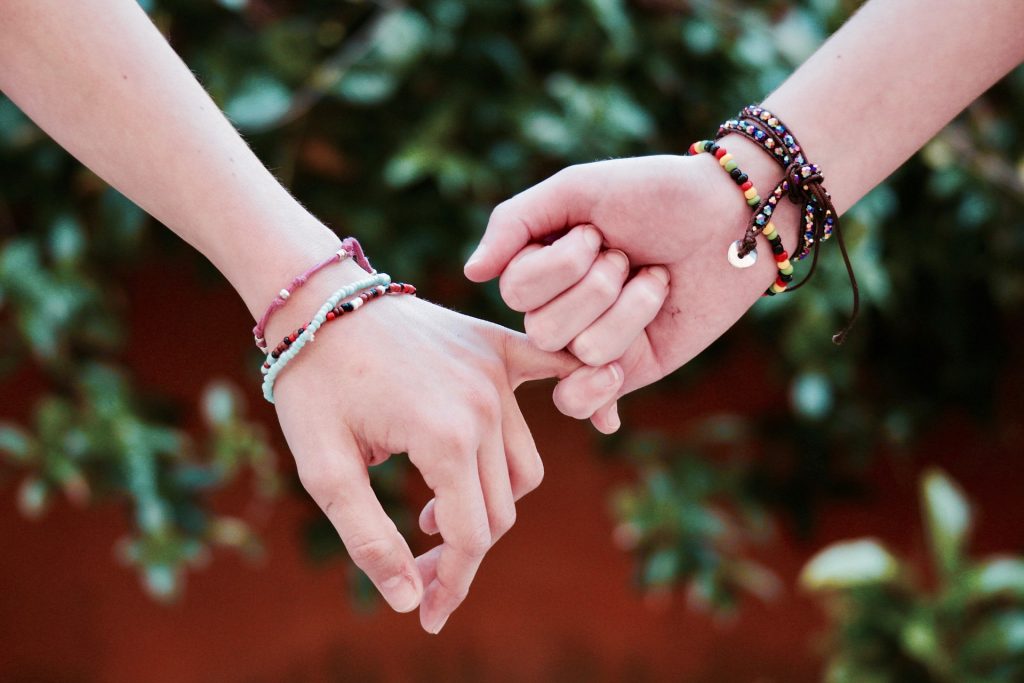 My roommate just found out her ex-fiance is terminally ill and is likely to pass away soon. Though they had a weird relationship, I can tell she’s taking it pretty hard. I really want to be supportive, but I honestly don’t know what to do or say around a grieving person. I’m worried about saying the wrong thing, especially because I’m really uncomfortable with grief. I told her I am here for her if she needs anything. What do you do and say for a person who’s in such a terrible situation?

When we’re around other people, especially other people who are upset, we tend to get uncomfortable with silences and rush to fill them with words. Unfortunately, not being Confucius or the Dalai Lama, we reach into our memory and pull out whichever condolence cliches are closest to the top, like, “Soon he’ll be in a better place.” (Where? An urn?)

Though we mere mortals tend to fail at profundities, we can do profoundly kind acts. What people who are suffering need at a time like this is compassion. Compassion gets confused with empathy (which a number of researchers define as “feeling with” a person). However, compassion is more than a feeling; it’s empathy with an action plan: the motivation to try to alleviate another person’s suffering.

There’s a temptation to be vague in offering help – “I’m here for you if you need anything” – probably because it’s hard to know what would help and also because you want to avoid offering the “wrong” thing. But what really counts is your intentions. Consider that she has a lot of emotional weight on her now, and she probably doesn’t have her usual energy for routine chores like making dinner, picking up her prescription or washing her car. If you step in and do these, let her know it’s about giving her a little help while she’s struggling. It should mean a lot.

Months of quarantine have made FaceTime first dates the new thing. I’ve been chatting with a few guys on dating apps, and some of them have asked to schedule FaceTimes. Many of my friends have done it, but it still feels weird to me. Though my photos are right in my dating profile, talking with someone over video feels too revealing and not in a good way. Should I try it anyway, or should I wait until it’s safe to meet in person?

When people advise that you shouldn’t reveal too much on the first date, I think they’re talking about your areolas.

There’s a lot of important information you’re missing when you’re communicating without seeing someone’s facial expressions. Zoologist Irenaus Eibl-Eibesfeldt, who studied human animals in addition to the kind with paws and tails, explained emotional expressions as “the grammar of social interaction.” Facial expressions (as well as body language) give us a nuanced understanding of other people’s feelings and intentions in the way punctuation marks shape how we understand a set of words (for example, “Want to eat, Grandma?” versus “Want to eat Grandma?”).

In fact, people will often say one thing with their words (like, “Really, I’m fine”), but to get the whole of what they’re expressing, you need to add the “pictures”: the emotions they’re displaying. For example, social psychologist Dacher Keltner, who researches emotional expressiveness, observed that “when a colleague shows signs of anger – with tightened lips, furrowed brow and slightly raised upper eyelid – I learn that he or she is frustrated, is appraising the current interaction as unfair, will likely act antagonistically and may feel a sense of righteous indignation.”

Men, especially, have very visually driven sexuality, so if you won’t FaceTime, you’re probably at a disadvantage compared with women who will. Chances are your real fear is that a guy won’t find you attractive. But if a guy’s not that into your looks, a screen won’t change that. Finding out where he stands as soon as possible could keep you from getting attached to somebody you’ll ultimately have to pry yourself away from. On the the other hand, revealing more of yourself will make the right guy more interested. And yes, there are people who even get married without seeing each other’s faces, but just in cultures where the marriage is conditioned on one’s father giving the other’s father 14 goats, five oxen and a 1967 Subaru.