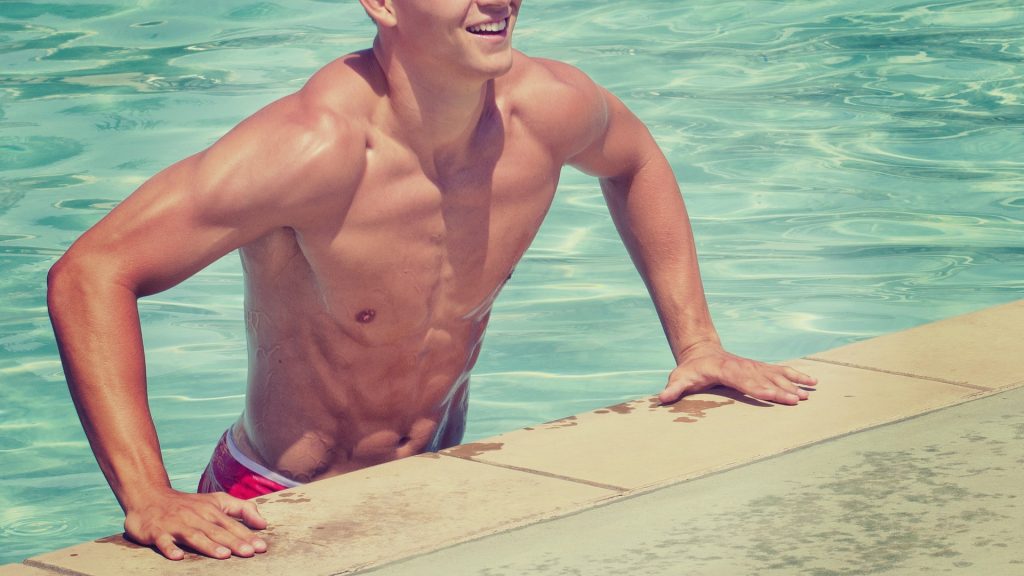 Man hopes getting in shape will attract partners

If a guy is trying to amp up his attractiveness by working out, what areas of the body should he focus on? What do women notice and want? And how much of that can I get without any kind of surgery or dangerous potions?

If a woman says to you, “You’re like family to me,” it shouldn’t be because you have arms like her sister.

Women seem to go for the body shape that evolutionary psychologists Rebecca Burch and Laura Johnsen refer to as “Captain Dorito.” This describes the golden triangle seen in cartoonishly masculinized male  superhero bodies: broad shoulders leading down into a small tight waist and butt. As for why women might have evolved to prefer this body type, evolutionary psychologist D avid Buss explained in “Evolutionary
Psychology: The New Science of the Mind” that ancestral women were obviously better off with a “physically formidable” partner, able to protect them and their children. The inner biochemical landscape of physical formidability is high testosterone. Accordingly, Buss noted that, in men, high testosterone is associated with a very masculine bodyandfacialfeatures (like a square jaw and more pronounced cheekbones).

Noting that high levels of testosterone compromise the immune system, Buss cited psychologist Victor S. Johnston’s observation that only males who are very healthy can “afford” to produce high levels of  testosterone during their development. The bodies of less healthy males need to suppress T production so they can hang on to the limited immune resources they have.

“If Johnston’s argumentis correct,” Buss added, women’s preference for masculine features is “a preference for a healthy male.” And interestingly, in nations where overall health is poor, women show an especially strong preference for more masculine faces. The same goes for women who are more easily yucked out by cues to pathogen-causing diseases — substances and things that could contain infectious microorganisms, such as poo, sexual fluids and dead bodies.

As for you, when you hit the gym, your areas of focus should be your shoulders, arms and butt. However, you should do whole-body workouts,too, lest you end up pairing superhero pecs with broomstickthighs and calves. Even if you’re built like a paper cut and can’t bulk up a lot, just looking strong, especially in the essential areas, is a step in the right direction. And unfortunately, yes …the formidability thing has to result from physical workouts — tempted as you might be to skip the gym and, like somebody toting an umbrella on a cloudy day, go into the grocery store whistling and swinging a machete.

Not a good lurk

My girlfriends and I have had this experience numerous times: A guy who’s interested in one of us will suddenly stop texting us but then reappear a few months later liking our socialmediaposts. This just happened to me. It’s about three months since he vanished, and he’s suddenly all up in my Instagram. Why do guys do this?

You almost wish the guy would greet you honestly: “’Sup, Plan B?!”

This guy might’ve initially been interested in you. However, chances are you became what evolutionary psychologists like Joshua Duntley call a “backup mate” (basically the dating-and-mating version of the vice president). Duntley’s work suggested humans evolved to identify and cultivate backup mates so we wouldn’t be left high and dry for long if our main boo died or ran off with the hot neighbor. I know … so romantic.That
said, it isn’t wrong to have backup mates. Research by Duntley and his colleagues pointed to many or most of ushaving them,though we’re often not aware of it.

The thing is, this guy’s disappearing and then sliding back into your life with likes on some of your Instagram posts, is a big red flag — a big, red, sequined flag with cop flashers on top. Character is revealed in how people behave when they feel they have nothing to gain from someone. Maybe this guy got the hots for some other woman. Or maybe he just got busy. Whatever the reason, it takes minimal effort to make a kind exit — even saying, “I’ve got a lot going on right now, and I need to take a break from talking.”