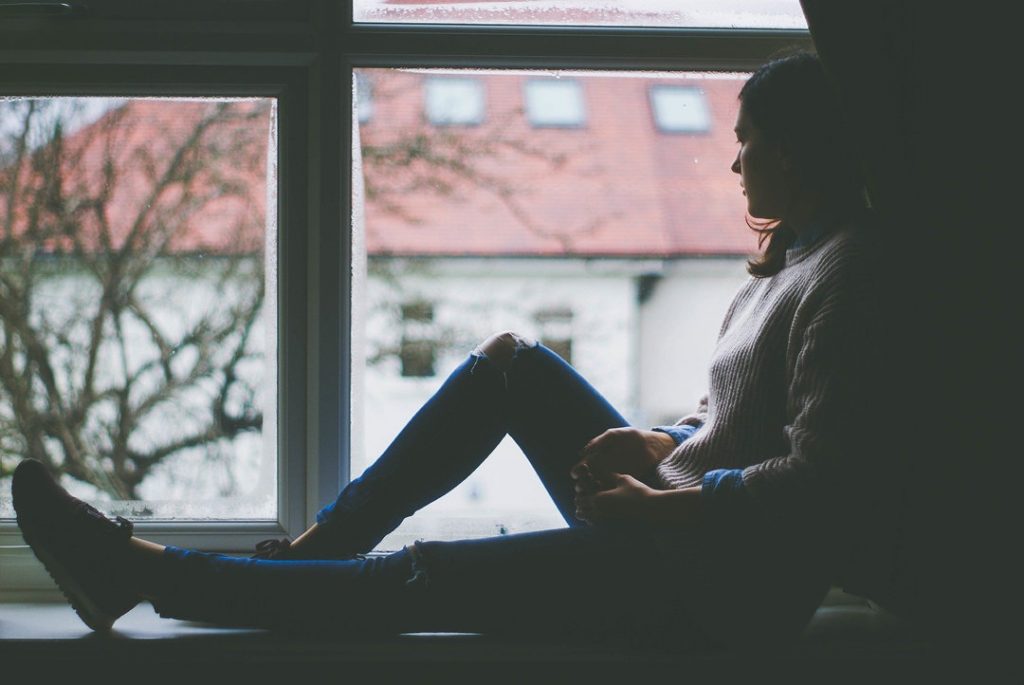 I’m a 54-year-old woman, married for 21 years to a pretty decent guy. When our now-18-year-old son was little, my husband completely ignored Mother’s Day for maybe six years. Once, I asked him why, and he simply said, “You aren’t my mother.” It hurt SO MUCH because I busted my butt to be a good mom. I told him why I was upset, and one year, I laid on our bed and cried, but nothing changed. Six years ago, he began giving me a card and flowers on Mother’s Day. This year, he and our son got me hanging flower baskets, which was wonderful. The problem is I can’t get over his doing nothing in the past, and it’s affecting my feelings for him and how I treat him.

If your relationship has a spirit animal, it’s best if it isn’t a dog frozen in time after the volcanic eruption at Pompeii.

The problem between you started with an error in mind-reading. “Mind-reading” sounds like a Vegas magic act, but it’s a mental ability we all have (though it’s actually mind-predicting rather than reading). Psychologists call this “theory of mind,” referring to our ability to do reasonably well at guessing (“theorizing” about) the “mental states” of others, meaning the emotions they’re experiencing, their beliefs, their desires and their intentions.

I give an example of theory of mind in action in “Good Manners for Nice People Who Sometimes Say F-“: “When you see a man looking deep into a woman’s eyes, smiling tenderly and then getting down on one knee, your understanding and experience of what this usually means helps you guess that he’s about to ask ‘Will you marry me?’ and not ‘Would you mind lending me a pen?'”

Unfortunately, we often do pretty poorly at the everyday swami thing because we tend “to imagine that other minds are much like our own,” observed anthropologist Donald Symons.

Making matters worse, we tend to assume others’ minds should work like our own. So, if something isn’t important to us, we assume it isn’t (and shouldn’t be) important to someone else.
Your husband’s view of Mother’s Day – unimportant and only applicable to one’s own mother – led him to conclude it should be unimportant to you and to sneer, “You aren’t my mother!” This sort of assumption leads to strife and maybe even divorce through the resentment that builds when one partner consistently doesn’t get his or her needs met (and gets them mocked, to boot).

Happier, lasting relationships are fostered through a different approach: loving acceptance of the crazy. Even when people think their partners’ desires are irrational or unbecoming of someone with an IQ surpassing that of a root vegetable, if you won’t lose a limb, part company with your ethics or otherwise seriously put yourself out, why not give them what they want?

Again, you don’t have to find it reasonable; you do it because it would make them happy.

Though your husband’s now coming around on Mother’s Day, I would bet my last bra strap he doesn’t care in the slightest about Father’s Day and still might not get why Mother’s Day means so much to you. But you cried and cried, and he eventually got that it was hugely important to you (perhaps through your son’s influence), and he’s come around – this year with the hanging flowers of Babylon. That’s awesome.

However, you have yet to update your idea of him as mean and selfish, perhaps because, like many people, you see forgiveness as a feeling and wait for it to strike you, lightning on the golf course-style. In fact, forgiveness is a set of actions you choose to take.

Consider that your husband, though “pretty decent,” might have some continuing limitations in understanding and accepting what you need (even when you tell him). A mediator with a relationships focus would be helpful in facilitating understanding and empathy between you, maybe in a single session. (Find one at Mediate.com.)

If mediation isn’t an option, there’s still a DIY approach: Explain the science on theory of mind and the notion of doing things simply to make your partner happy (even if you find his or he desires a bit crackers). This might help your husband be more motivated to come around in ways you need, showing you he’s making an effort, the best way he can. This, in turn, could help you break with the past and the resentful feelings that went with it – releasing them into the wild like Sea World’s orcas into the ocean: “Bye, Shamu! Bye, Bruce! Bye, Carla!”