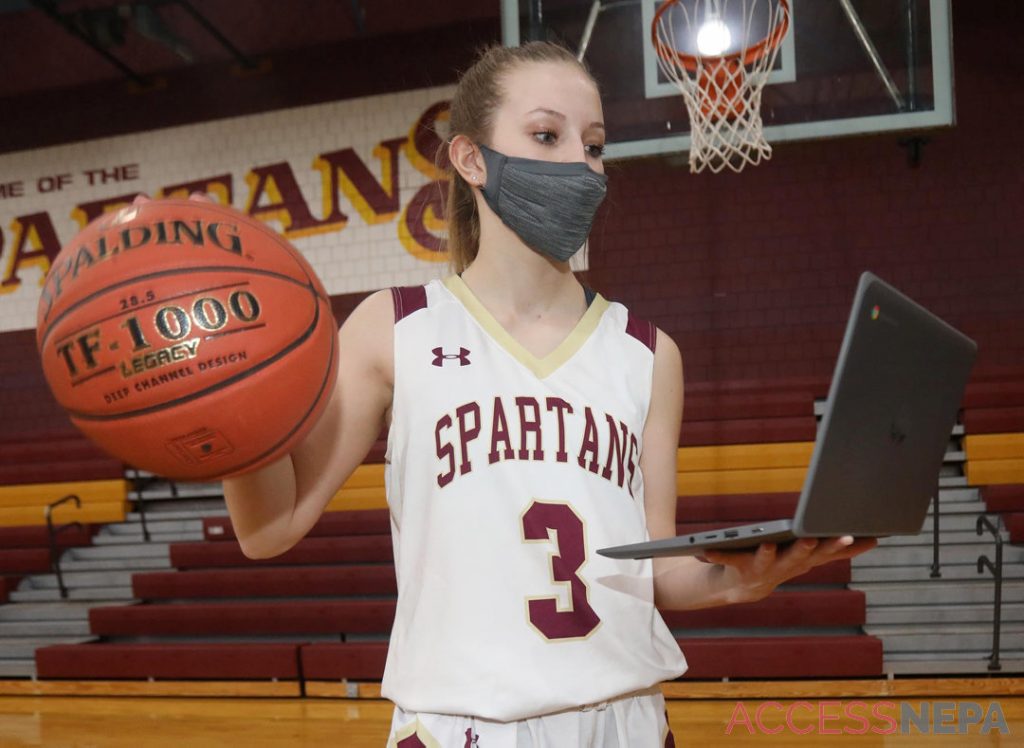 When Pennsylvania ordered its first lockdown on April 1, all non-essential businesses — like gyms — were closed to slow down the spread of the virus.

“It was very hard on me because it’s basketball,” Johnson said. “This is supposed to be a fun, exciting time, and I was just stuck in the house.

“(The pandemic) made me realize how much this sport has actually impacted my life.”

Instead of panicking or getting lazy, she saw an opportunity to improve herself. She contacted her athletic trainer, and together they fleshed out a workout regime designed to keep her in shape without the use of a gym.

Her training became a mix of developing endurance, lower-level lifting with small free weights, and building up her ligaments to prevent injuries. Distance-learning cut down on the time she had to spend at school, so she used some of her free time to improve her skills and shot hoops on a court at a park near her house.

In August, Johnson took the court playing for a travel league and noticed an immediate difference. She said she came back a much stronger and better all-around player, and added her confidence was bolstered by knowing all the work she had spent time putting in before then was paying off.

Ahead of the 2020-21 school year, Johnson was concerned about not having a basketball season at all. While Valley West ended up having a season, it was intense because of a compacted schedule due to a mid-winter lockdown and various opponents cancelling games for mandatory quarantining.

But her changed mindset — to play every game like it’s her last — kept her and her teammates motivated throughout the rollercoaster. It has also been this mentality that helped her and her teammates through all the imposed COVID-19 safety regulations — like mask-wearing while playing — that made this year different from any other.

“I kind of helped all the girls and convinced them to wear masks,” Johnson said. “Obviously, no one really wanted to because it’s a struggle at first.”

Johnson was excited to play this season because of the improvements in her game.

When the Spartans hosted Berwick last season, Johnson said she didn’t know if she even scored two points. This season, she was excited that she dropped a whopping 27 points against Katie Starr — a player to whom Johnson looks up and who also scored both her 1,000th point and grabbed her 1,000th rebound this season.

When school began, Johnson didn’t have the same amount of free time she had like she did in the previous year. Valley West rolled out a hybrid learning plan, where students were in two days and then out two days before finally keeping the students at home.

She said being a student-athlete during the pandemic was a struggle to stay motivated with both school and basketball, but that she learned from the experience.

“Trying to teach myself during remote learning and get all my assignments done while still trying to play basketball when I had the chance was tough to balance,” Johnson said. “Basketball became my place where I could relax and have fun without stressing over grades.”