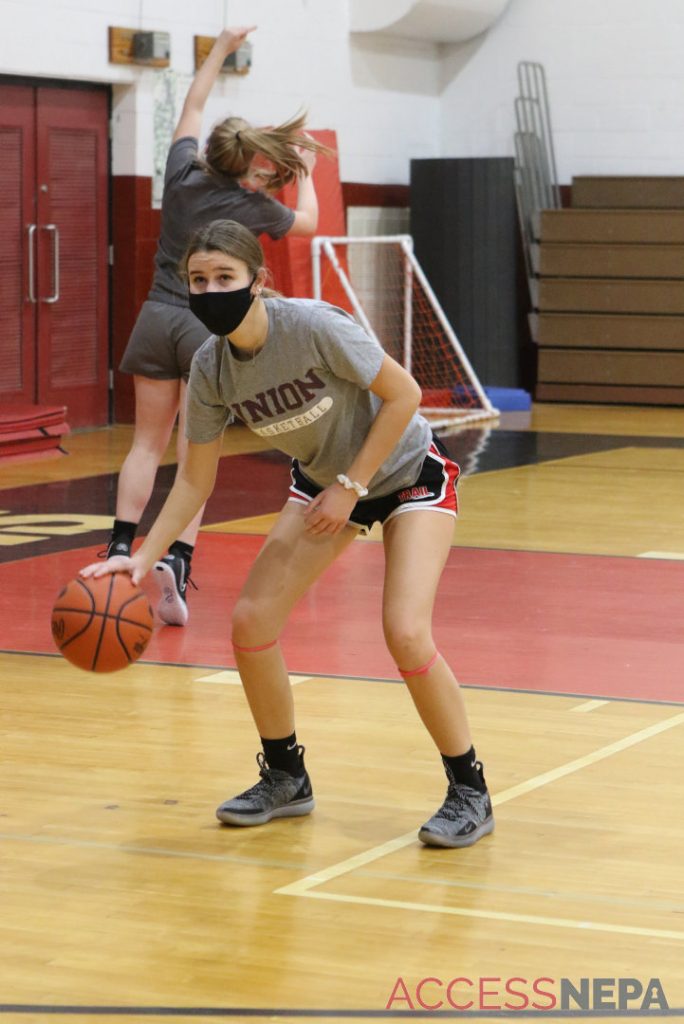 Inconsistency and unity don’t often go hand-in-hand, but that’s exactly what is playing out at the start of the Wyoming Valley Conference girls basketball season.

During Sunday’s preseason press conference, WVC girls basketball coaches outlined their mask-wearing policies during games. Five teams — Berwick, Dallas, Holy Redeemer, Wyoming Area and Wyoming Seminary — require that their players, if not the opponents, too, wear masks during competition. The other nine teams’ policies vary from optional use of masks, to pending school board meetings held this week.

For as scattered as that sounds, however, some coaches voiced their hope for a unified league-wide policy like the Lackawanna League, whose superintendents ruled last week that they will mandate masks worn by athletes in all sports except swimming.

“I would have really liked to see that,” said Wyoming Area head coach Chad Lojewski. “Because I think that’s going to make life easier for everybody going to somebody else’s gym.”

What happens, for example, if a masked team is scheduled to play an unmasked team?

The game may have to be canceled, but coaches, including Pittston Area’s Jeff Gregory, expressed their willingness to do whatever’s necessary to accommodate their opponent.

“I will tell my girls, ‘Either you wear the mask in this game or this team is not coming to play you.’ I think I’ll have 16 girls put a mask on,” Gregory said. “I don’t want to speak for them, but … I don’t want to lose a game over a mask, if that makes any sense. I would cooperate with the mask-requiring schools. If you were coming to Pittston Area and the choice was either you’re not coming or our girls need to be required to put a mask on, I would make a strong suggestion to my people in Pittston that we do that.”

As Gregory eluded to, school officials would likely have the final say with regards to official mask-usage policies.

“We are a young group, but they are excited to play — and they just want to play,” Golden said. “I asked about the masks. I said, ‘Do you care about wearing a mask?’ They said, ‘No. I just want to play.’ I guess that’s a good mentality to have going into this.”

Even if masks aren’t worn by the 10 players on the court, they should be worn once those players come off the court, which could cut precious seconds off timeouts.

“Once you get off the court, you put your mask on,” Gavio said. “You get a 30-second timeout and you gotta find your mask and put that on.”

WVC student-athletes rarely wore masks during the fall sports season. However, the vast majority of those sports were held outdoors, which reduces the likeliness of the spread of COVID-19.

Acting on the rising number of COVID-19 cases, hospitalizations and deaths, the Pennsylvania Department of Health released new guidelines in November that recommend athletes wear face coverings at all times, unless it jeopardizes their health.

According to the Centers for Disease Control, wearing masks during exercise has not been shown to be harmful for healthy people. But, individuals affected by heart or lung disease, including asthma, should be evaluated by a healthcare provider before participating in such activities. Plus, it’s natural that wearing a mask during physical activity is uncomfortable and can cause individuals to get winded more easily.

“I think it’s going to be interesting this year, especially with the mask situations,” said Holy Redeemer head coach John Jezorwski. “We just wish everybody a safe and happy season.”