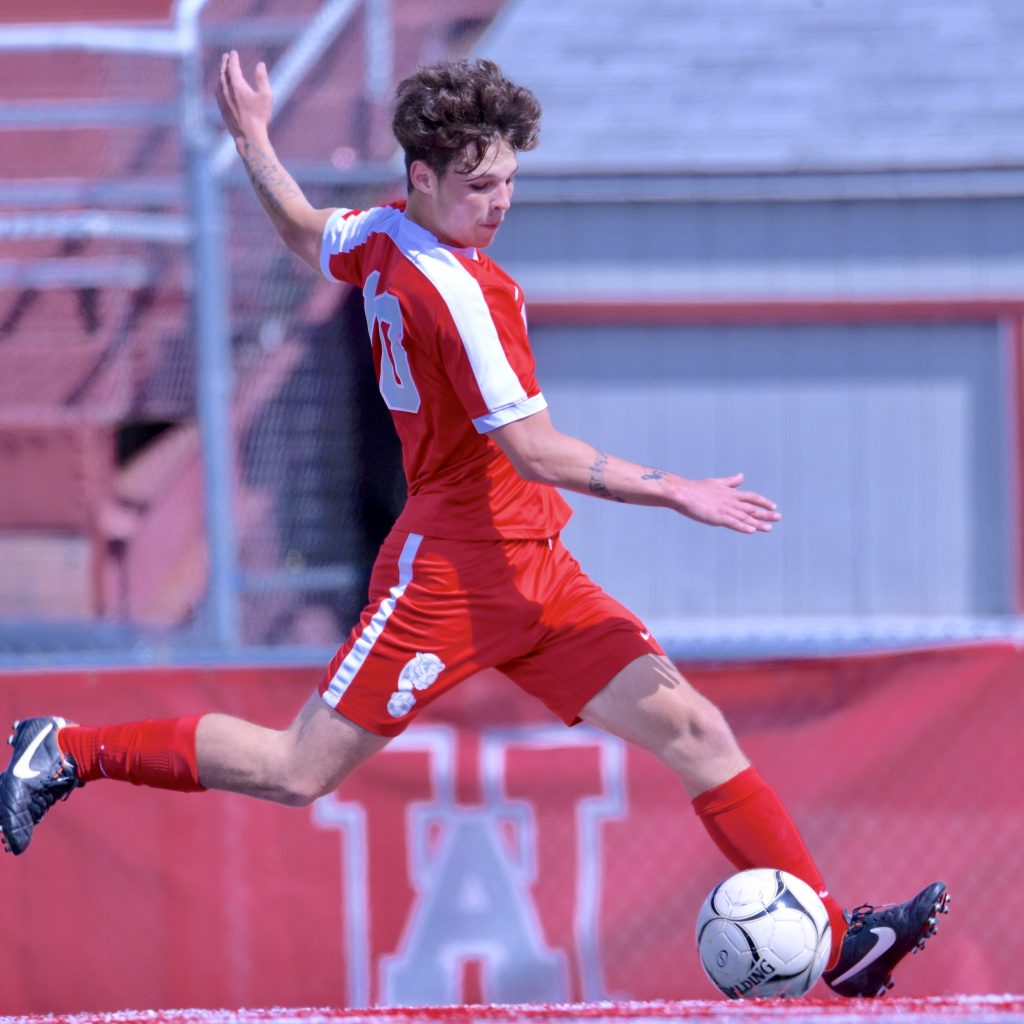 This week’s Standard-Speaker Athlete of the Week is Hazleton Area senior soccer player Gabriel Fabian. He scored four goals and assisted on two others to lead the Cougars past West Scranton 10-0. It was the second career four-goal game for the one-time Cougar football player.

Q: Have you ever scored four goals in a game before?

A: Yes, that would have to be my sophomore year against Wyoming Area.

Q: How did this four-goal game compare to your last one?

A: Last time it was a little more important to me; this was more about teamwork.

Q: What’s it like being in the zone when every shot finds the back of the net?

A: Just know that you’ve got to get it done.

Q: Now that opponents know you’ve scored four goals in a game, you’ll be more of a marked man. How do you deal with that?

A: I’ll just use my speed and my elusiveness – it always works.

Q: Hazleton Area had its most successful season in a long time in 2018. How have the Cougars been able to build off that for this year?

A: I think we learned … that other teams aren’t going to look at us as a lower tier team and we can probably compete with the big dogs.

Q: Of course, last season ended with a loss in the first round of the District 2 playoffs. How does the team get past that hurdle and on to the championship round?

A: Last year was last year; this is a new year. Let’s see where the story ends. We’ve all been working really hard for this season. … We’ve been building. We have really good chemistry. We’ve been playing with each other for a long time. We know each other. A lot of this wouldn’t be possible without our coaches.

Q: What was your experience like kicking for the Cougars’ football team in 2017?

A: The regular kicker got injured so they called me up It was fun. I really enjoyed it.

Q: After kicking for the Cougars’ football team, you gave it up. Why?

A: Just mainly wanted to focus on soccer.

Q: Individually, what are your future plans?

A: Go study business and play (soccer) in college, maybe even play professionally after college.