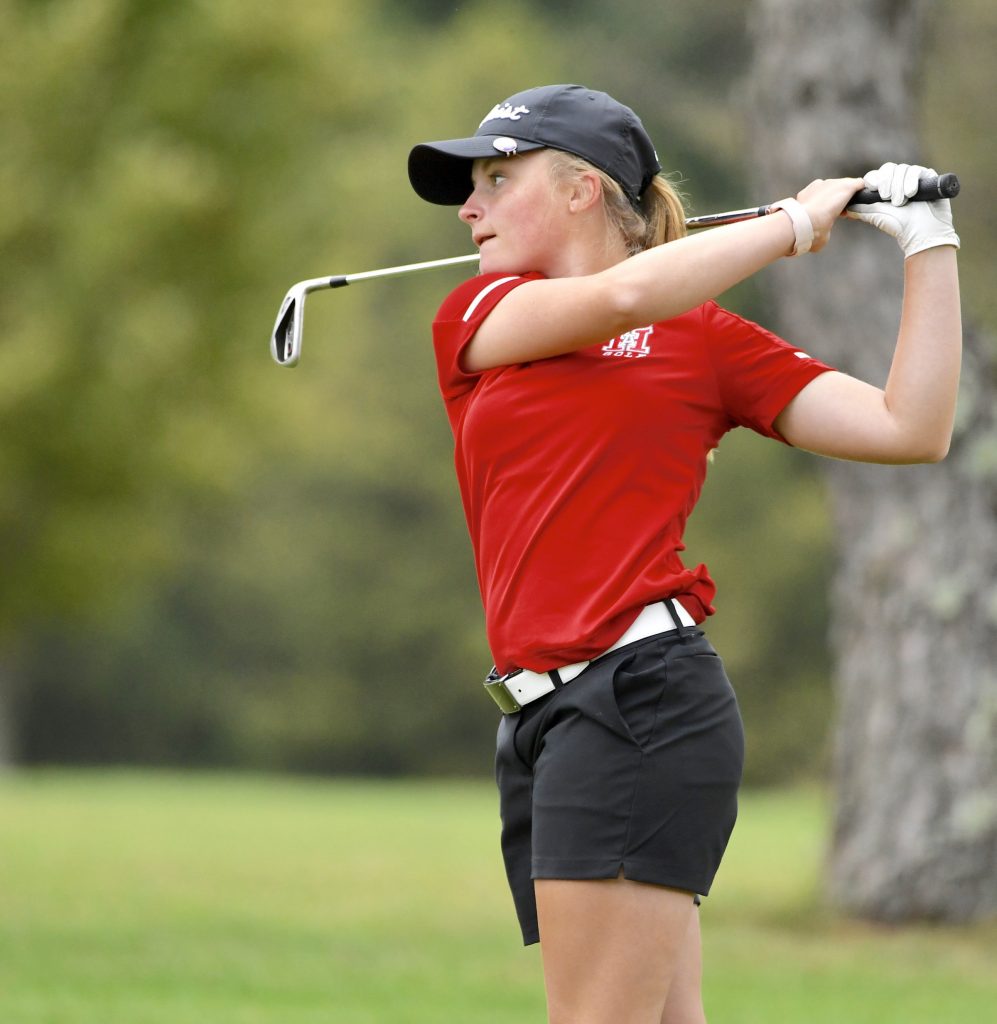 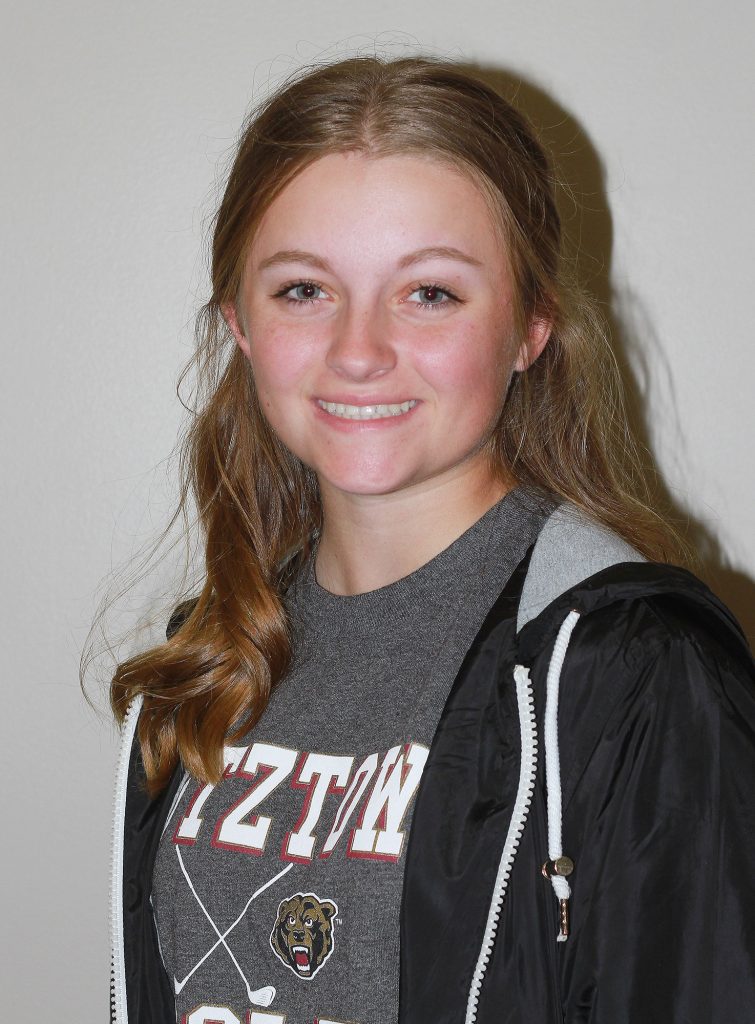 Q: After finishing as the runner-up last year, how did it feel to win the district’s individual championship?

A: It helped that I had been there before. It was a lot of pressure, but it really felt good.

Q: The championship came down to you and your teammate. Was it hard to focus on the task at hand in the sudden death playoff?

Q: How did the sudden-death playoff play out on No. 1 at Fox Hill?

A: My goal was to just par the hole. She hit a really good drive down the middle, and then I also hit a pretty good drive. It was probably my farthest drive ever on that hole. The next shot I knew I just wanted to get it close to the green to have an up-and-down for par. I hit pretty close to the hole, so that took a lot of pressure off. Then I 3-putted for a five, that was awful. But she ended up in the sand and went over the green, and I was able to win it even though I 3-putted. 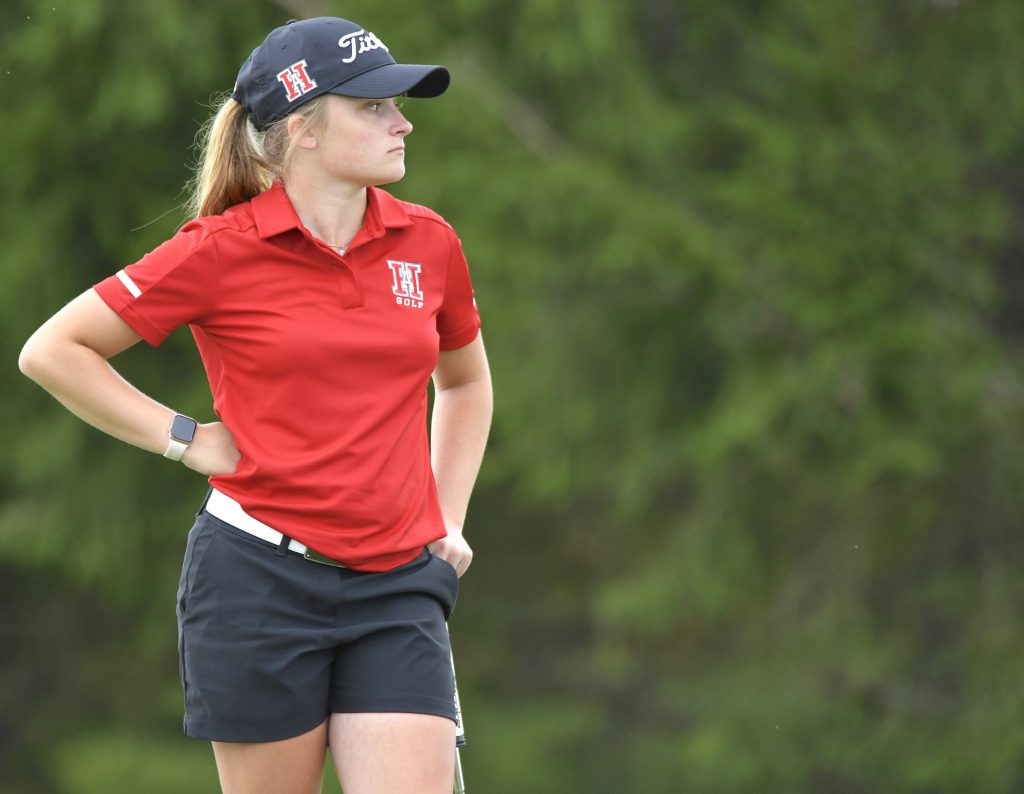 Q: You had to battle through some changes with your game and your swing this season. How did that help you down the stretch and at districts?

A: My irons weren’t as crisp as I would like them to be, my drive was kind of fading a little bit, so everything was just kind of a little messy, especially after regionals last year. Then I got together with my swing coach and he gave me a drill to try out, and I ended up hitting the ball pretty well with that drill. I just kind of hit the ball like that now, especially with my irons. It’s not a pretty swing, but it works.

Q: How cool is it to have been a major building block of the first Hazleton Area girls’ golf program these last four years?

A: I don’t think I’ve wrapped my head around it yet. People always tell me and Marin that we are the pioneers for this team, you guys started this team. I even look back from the first year, when me and Marin met each other, and it’s crazy how far we’ve come.

Q: With another district team championship and an individual title, are there still goals out there that you and your teammates want to achieve?

A: We went to states last year and we kind of just went there to play. We just wanted to go there and have a good round and have fun. But this year, going again, especially with me and Marin being our last year, we really want to make a statement there. We want to at least place at states. As for regionals, Isabelle and I went out Sunday and played a practice round (at Golden Oaks in Fleetwood). I played there last year, and my play was kind of iffy, but this year since I’ve got my swing back on track, I think we’re both hoping we come in with low rounds and see where we end up from there.