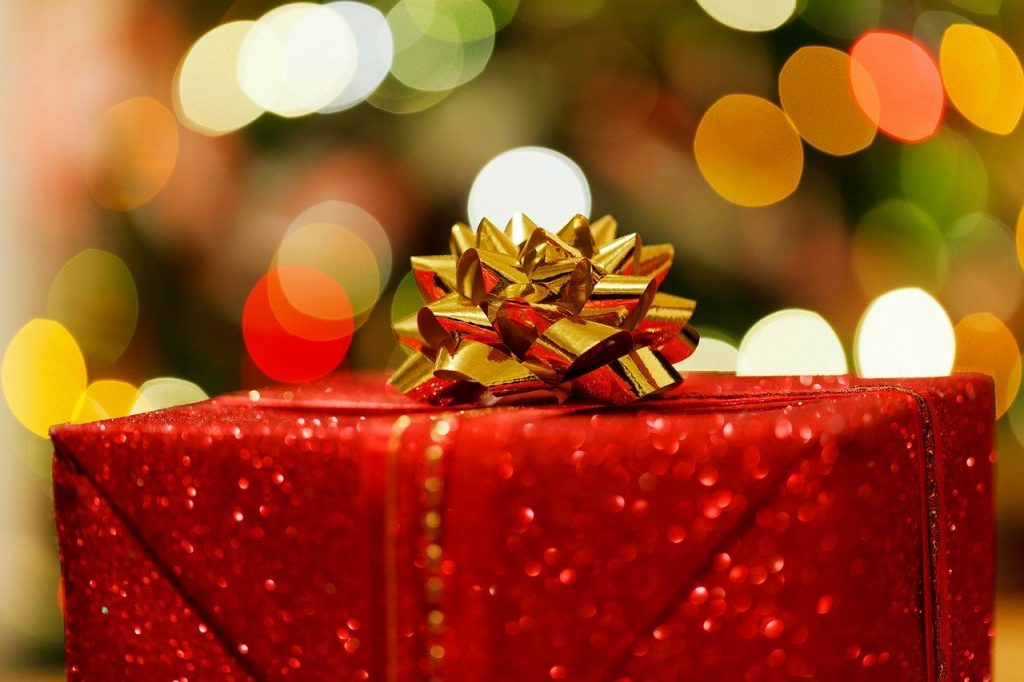 If you are looking for a Christmas gift with a Hazleton flavor, there are a few suggestions.

First, there is the Greatest of All Time Sneaker, or Goats. This sneaker has a pool or shower slide inside it, and was invented by Hazleton native Jimmy Gabriel.

All of the information about the new sneaker can be found at sneakerslide.com.

Then there is the recently-released motion picture “The Feast of the Seven Fishes.”

The musical score for this movie was written by another Hazleton native, Matt Mariano.

Just days before Christmas 1983, the Oliverio family readies their Feast of the Seven Fishes, an Italian tradition by which seven different kinds of fish are served at the Christmas Eve meal.

Amidst the festivities, Tony Oliverio, a young man with big dreams, is searching for love. When he meets the gorgeous Ivy Leaguer Beth, romance blossoms, and it looks like Tony’s holiday might make a turn for the better.

But their budding romance faces some serious obstacles, including his Great Grandma Nonnie, who thinks Beth isn’t good enough for him, Tony’s determined and dramatic ex-girlfriend, and Beth’s ex-suitor, who is out to steal back her heart.

Among the actors in the film are Joe Pantoliano, aka Joey Pants, from “The Sopranos.” There is also Ray Abruzzo, a noted television actor who also appeared in “The Sopranos,” “The Practice, “ “Transparent” and “Night Court.”

The DVD of the movie is available online.

Paul Ben Victor is appearing in the new Martin Scorcese film, “The Irishman,”

“The Irishman,” based on the book “I Hear You Paint Houses,” is based on a real-life story with local connections. The film is available on Netflix.

Potential gifts for former area residents include another DVD, a documentary of Angela Park. The DVD is available for $25 at novodigitalmedia.com. Timothy Novotney of Drums, who is originally from Harleigh, produced the Angela Park DVD, and has produced similar documentaries for Hansen’s Park and Harveys Lake — which Novotey said was owned by the family of Pennsylvania Superior Court Justice Corry Stevens — as well as Lakewood Park in Schuykill County, and Rocky Glen Park in Moosic. The Hanson’s Park DVD is also available, Novotney said.

Another nostalgia idea is “Hazletonopoly.”

The Greater Hazleton Chamber of Commerce still has some copies of “Hazletonopoly,” the board game with local businesses on it. Some of those businesses have changed, so the game is now available for $10.

How about a gift certificate for some of Hazleton’s delicious creations? Just about every provider of local delicacies provides gift certificates or their modern cousin — the gift card — for any of the delicious delights. There is also online availability.