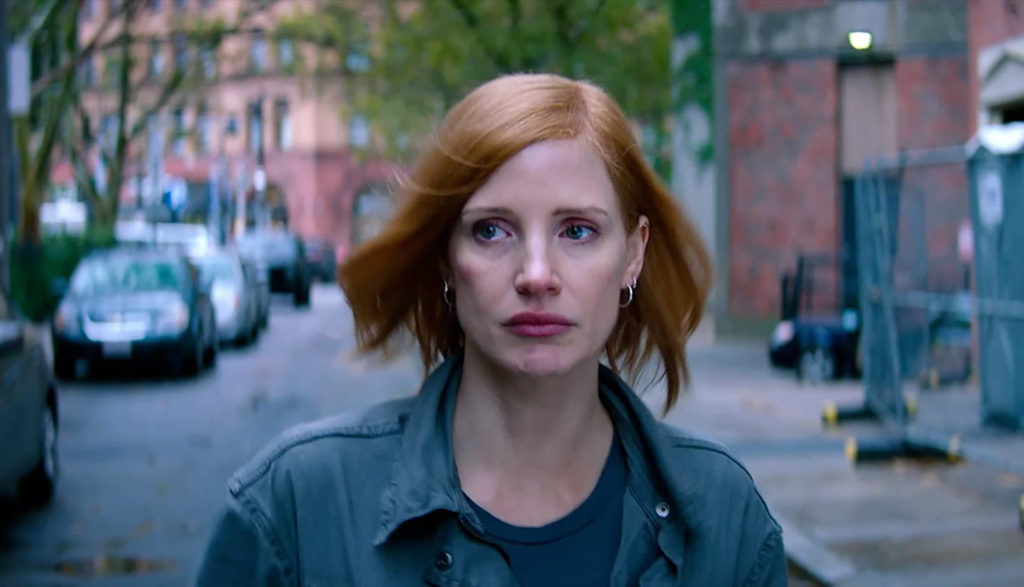 From drama to science fiction to horror, the incredibly talented Jessica Chastain has proven her versatility across several genres. The game actress seemed like a good fit for “Ava,” an action flick centered around a female assassin with a conscience.

While “Ava” desperately wants to be “John Wick” crossed with “Killing Eve,” the disappointing crime drama doesn’t succeed at being either. The bland entry features some of the worst-shot action I’ve seen in a film in a long time, with a story that becomes too soapy for its own good. The film fails its more than capable leading woman.

Efficient hitwoman Ava (Chastain) is a lethal chameleon, changing looks as easily as she racks up kills. But the assassin has started questioning her targets before offing them, wondering what they did wrong to deserve their deadly fates.

As her behavior concerns the mysterious organization she works for, Ava takes some time off (hey, assassins get vacation time, too) to go home to her family, whom she hasn’t seen for eight years. (Don’t worry – if you forget how long the gap is, the characters will constantly remind you). The conflicted killer reunites with her ill mother, Bobbi (Geena Davis), and distrusting sister, Judy (Jess Weixler). To make things more awkward, Judy is now seeing Ava’s ex-lover, Michael (Common, who looks bored here).

The organization, led by the steely Simon (Colin Farrell), decides the best way to contain its ambivalent assassin is by marking her for death. With her loved ones in danger, Ava must fight to save herself and her family.

The brutal and violent “Ava” strives to be a sleek actioner in the vein of the relentless “John Wick,” but instead, the film falls flat on its face. The aspiring thriller reunites Chastain with “The Help” director Tate Taylor, and the result is far less than thrilling.

Taylor, who directed the just-OK mystery “The Girl on the Train” and the could-have-been-better horror flick “Ma,” is in over his head here trying to shoot action. The action scenes are very choppy and shaky, marred by multiple cuts. The fight sequences are often framed in close-up from the waist up, which makes it hard to decipher the choreography of each brawl. There’s a club scene that initially invokes the club massacre in the first “John Wick,” but then the action peters out before it even begins. The film squanders its action potential.

The crime drama tries to get into the head of its titular assassin, much like the clever TV series “Killing Eve.” Like the show’s cold-blooded psychopath Villanelle, Ava also likes to taunt her victims and questions her role as contract killer for a shady employer. She shares a father-daughter-like bond with her mentor, the devoted Duke (John Malkovich), who is reminiscent of Villanelle’s handler, Konstantin. But the film doesn’t go as deep as it could into Ava’s psyche, abandoning its initial quest for a character study and choosing to go full soap opera.

“Ava” introduces several subplots that kick up the melodrama but are never fully fleshed out. In a head-scratching move, the film tells us Ava’s backstory during the opening credits. The former drug addict is also dealing with mommy issues, daddy issues and a love triangle to boot. Did I mention she’s also on the run for her life? The film’s tone is wildly inconsistent, turning from fatal fisticuffs to soapy scene on a dime.

What “Ava” does have is a promising action heroine in Chastain. The nuanced actress shows she can take on an action-heavy franchise. Chastain appears fierce onscreen, able to handle the grueling physical requirements of the role. She makes Ava’s internal conflict believable as the assassin struggles to perform her duty while healing old family wounds. What the actress needs is a better film surrounding her.

In the supporting cast, Malkovich and Farrell are mostly one-note in their roles. An unusually subdued Malkovich at least shows concern for Ava, but Farrell is just flat as the organization’s boss. However, unlike most of the action in the film, their one-on-one fight has an emotional undercurrent that makes viewers care about the outcome.

Apart from Chastain, Davis impressed me the most. The veteran actress gives a soulful performance as Ava’s regretful mother. The movie’s best scene features Davis and Chastain simply talking at a kitchen table. If “Ava” had more scenes like this, this would be a much different review.

But alas, here we are talking about a generic actioner that doesn’t measure up to the assassin thrillers it’s trying to pull from. Despite a great performance from Chastain, “Ava” fails to hit its mark. The action is terrible. Moreover, other entries in the genre tackle the idea of a hired killer with a morality crisis much better. The film costs $7 to rent on demand, but you’re better off spending your money elsewhere. 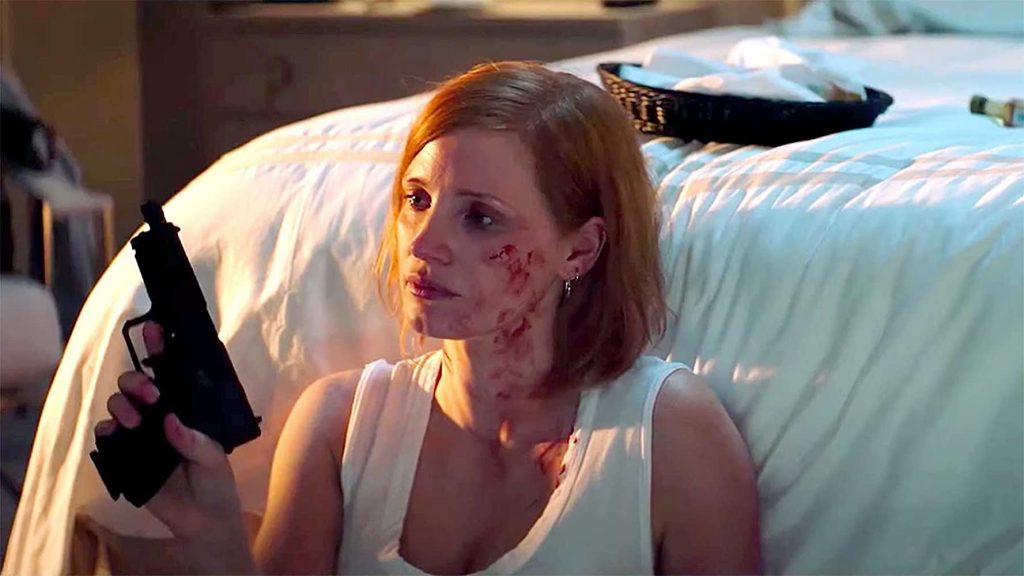 How could a film with such top-tier talent be so poorly received by critics?

You’d have to see “Ava” to believe it.

The movie starts with an assassin, Ava (Chastain), in the middle of a mission and it establishes she is a little off. She asks her target what he did wrong to make somebody want to kill him. It sets up that our main character is struggling morally with her profession. It’s a tactic that has been used in many assassin movies before it, but that doesn’t mean it would be bad.

However, the film that threw us right into the action takes us out of it just as fast. It quickly turns into a soap opera, where the audience is slowly learning pieces of Ava’s past. The family drama is so generic that the audience already knows what all of it is. There’s also no depth to the plot. Ava was an alcoholic and a junkie because … the movie felt it needed her to be. She had a tough life growing up because … the movie needed a well-acted scene between Chastain and Davis (Ava’s mom). Nothing in the film has much purpose.

I know what the movie was trying to go for. It tried to create a story where the protagonist has a moral center. However, at the end, she discovers she’s a monster just like everyone else. The problem is the audience knows so little about her, as per the setup. Even though the film gives some of the pieces of Ava’s life to us, it doesn’t show us anything. It’s all exposition. Movie-making 101, and you can say it with me, SHOW DON’T TELL.

And seriously, I cannot emphasize enough that this movie is a soap opera masked as an action film. It is meaningless family drama with random fight scenes thrown into it. I spent most of the time wondering why anything that happened mattered. The truth is … it doesn’t.

The worst part of “Ava” is that the movie failed the actors. The actors do everything they can to elevate a weak script. If there were memberships to the Chastain fan club, I’d pay the monthly fee and have a card. I will see anything that she’s in after watching 2012’s “Zero Dark Thirty.” She’s great in this and she can clearly handle an action franchise. From what I can see in the film, Chastain thrives in the physicality of the role. That makes it all the more disappointing as the action was shot so poorly. The sequences have a lot of cuts and some of the shots had no cohesiveness.

Let’s talk Malkovich. He plays Duke, Ava’s mentor. Malkovich succeeds with over-the-top performances. See “Con Air” and “Rounders.” That’s why we love him. In this film, it seems like they gave him a Xanax before every day of shooting. Farrell (Simon) was also incredibly bland as was Common (Michael). These are talented actors.

I really enjoy Geena Davis. She was able to somehow break through the poor script to give the film some enjoyment. Chastain and Davis were the only two to accomplish that feat. I was actually most engaged when the two had scenes together. They gave the audience the best scene in the film, but again the emotional moment really comes out of nowhere. The setup is just poor. Even Chastain looks shocked that the scene is happening at that point of the movie. Also, they gave Davis a random trait as well. She has OCD. Why? I don’t know, so I can tell all of you?

I went into “Ava” with low expectations and the film met those low expectations. As puzzling as it is that the filmmakers screwed this up, that’s exactly what happened. It’s hard to believe unless you see it for yourself, but I strongly urge you to not waste your time or money.