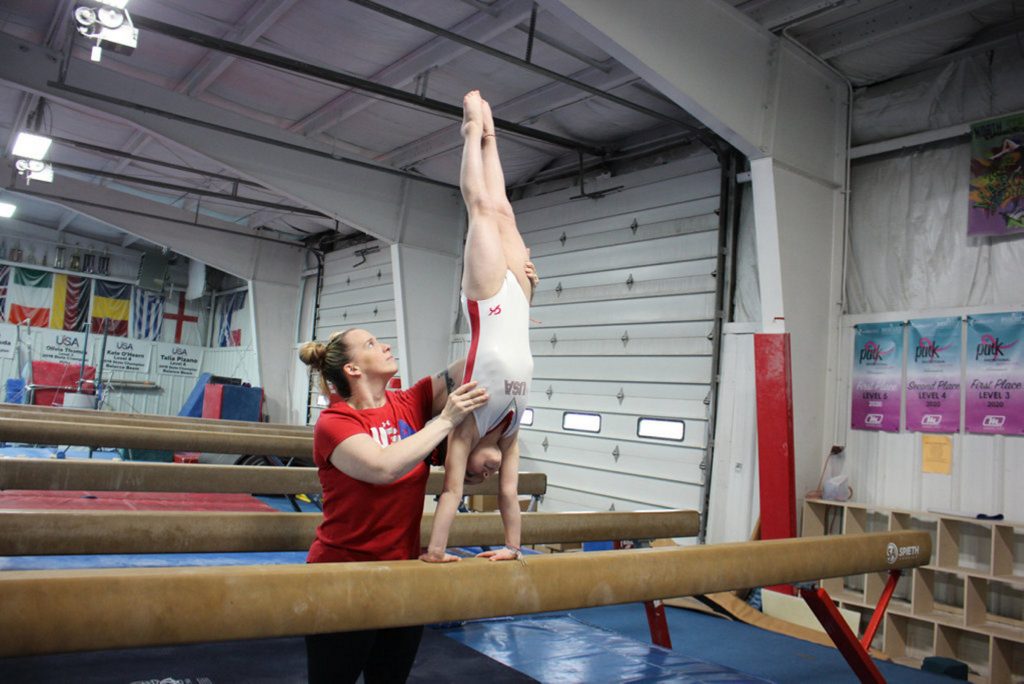 In her first competition, 7-year-old Peyton Carey of Jessup tumbled and flipped her way to the all-around title in the junior A division at the Annual Janet Rothenberg Memorial Gymnastics competition held at Kahlahari resort. Peyton is the daughter of Don and Laurine Carey. She is coached by Mia D’Antonio of United Sports Academy in Dunmore.

“When Peyton came to us, she was a little shy and reserved,” D’Antonio said. “It’s been great to see her blossom. The competition was a great confidence boost.”

The Janet Rothenberg Memorial is a gymnastics competition that hosts more than 1,300 gymnasts from 47 teams across seven states. The two-day event honors Janet Rothenberg, who passed away suddenly from a brain aneurysm. Rothenberg, a former gymnast from Clarks Summit, was the daughter of Howard and Deede Rothenberg. The Rothenbergs, together with United Sports Academy and hundreds of staff and volunteers gather each year to pay tribute to Janet’s memory. They award a scholarship at the annual event. The gymnastics competition is held every January during Martin Luther King Jr. weekend at Kalahari Resort and Convention Center in Pocono Manor.

Peyton won floor (9.375) and vault (9.45) at the Rothenberg Memorial Gymnastics Competition. Her overall score of 36.25 secured her first place in the junior A division all-around competition, helping launch her team into first place. 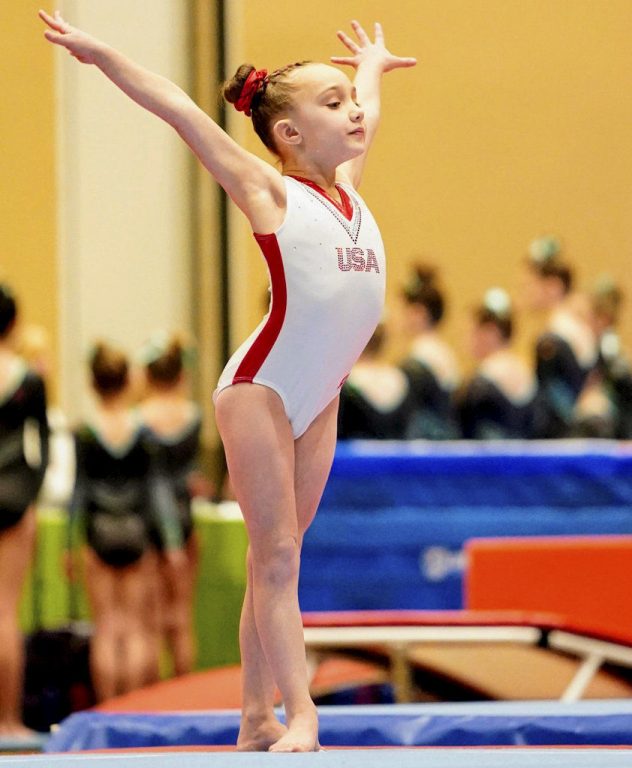 The second-grade student at Valley View Elementary School practices three days a week. Part of the Hot Shots program at United Sports Academy, Peyton began training at age 5. She took dance classes in the past and participates in softball, basketball and flag football.

“I tell Peyton to just have fun,” Laurine Carey said. “When she began gymnastics, she just went with her friends and enjoyed herself. But now that she’s had a taste of competition, she’s become driven. Now that she knows what she can do and what she is capable of, she wants to be better. She’s having a great time.”

Peyton’s first exposure to gymnastics began at age 2, with a mommy-and-me class. Now a level three gymnast, the 7-year-old will continue to work with D’Antonio to train, hoping a lot of hard work and determination will help her qualify for another competition in the future. Laurine Carey said having D’Antonio as a coach has been a huge part of Peyton’s confidence boost.

“She has come out of her shell, and her confidence has grown,” she said. “Mia saw that in her and pulls it out of her. She is a great coach. Mia takes a personal approach with the kids. She’s very disciplined and detailed. It’s so good for Peyton. I’ve seen a lot of growth.”

At home, Peyton turned her family’s living room into a makeshift gym. Flipping and tumbling on her floor mat, she practices in hopes of a future chance on the podium. When Peyton’s friends visit, she pretends to be a coach and teaches them gymnastics.

Shining with the potential that her family and coach first saw in her, Peyton’s future is as bright as her smile.