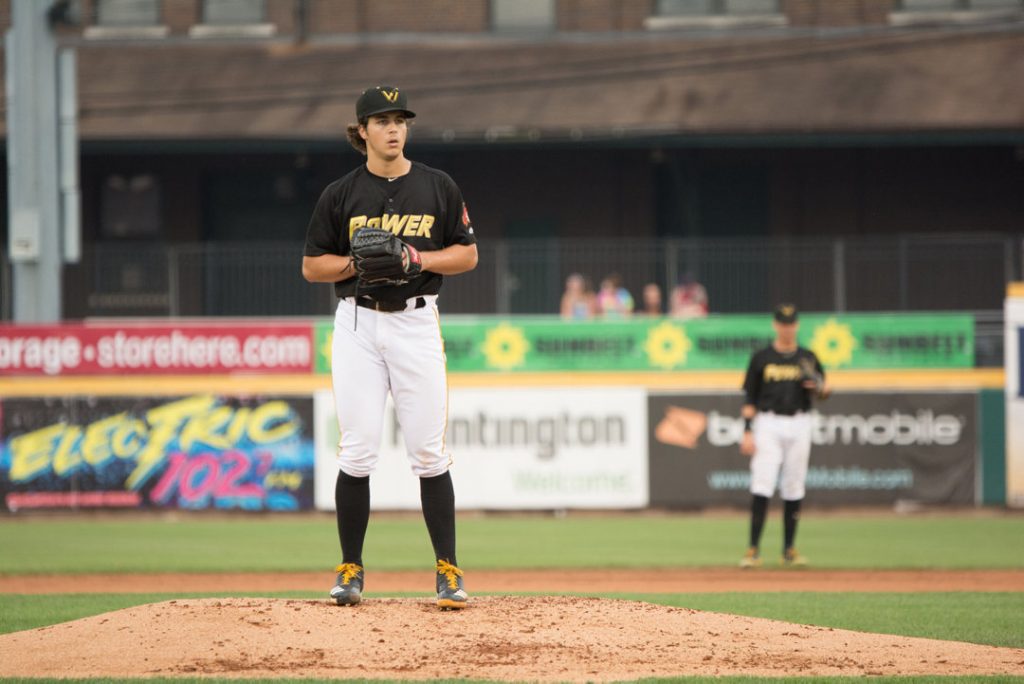 As 6 p.m. drew closer, Max Kranick started to get a little nervous.

He knew that was the deadline Friday for Major League Baseball teams to finalize their 40-man rosters and protect prospects who would be exposed to the December’s Rule 5 draft.

A little before time was up, he got the news he hoped to hear. The Pittsburgh Pirates added the 23-year-old Valley View grad to their 40-man roster, a paperwork move that leaves him only a call away from the majors.

“From the time you get drafted and you’re learning all the ropes, you hear about your Rule 5 year, getting added to the 40-man roster,” Kranick said. “That’s one of the steps you look forward to. So, yeah, it’s definitely a great feeling; a feeling of relief.”

The right-hander earned a spot at the team’s alternate site for the pandemic-shortened season and impressed with a fastball that’s climbing into the high 90s and a secondary repertoire that continues to be refined.

“Being at the alternate site was definitely a huge boost of confidence,” he said. “And I performed pretty well there, too, better than I thought I would’ve definitely just because we were facing some older hitters and I never really faced that competition.”

MLB.com ranks Kranick as Pittsburgh’s No. 24 prospect and Baseball America slotted him at 26 for the organization in its 2020 midseason update. In 2019, Kranick went 6-7 with a 3.79 ERA across 20 starts with High-A Bradenton, working a career-high 109⅓ innings. He likely would’ve started 2020 at Double-A Altoona had the minor league season not been canceled. Now that he’s on the 40-man roster, another first is right around the corner: an invite to big league spring training.

The Pirates selected Kranick out of high school in the 11th round of the 2016 draft and persuaded him to turn pro rather than head to the University of Virginia. Had Pittsburgh not added him to the 40-man Friday, he would’ve been exposed to the Rule 5 Draft in December, where any team could’ve snagged him. Players that go in the major league phase of the Rule 5 draft must either spend the next season on their new team’s big league roster, or be returned to their original team.

The Pirates also added 21-year-old infielder Rodolfo Castro to their 40-man. To make room, Trevor Williams and José Osuna were designated for assignment.

Kranick wasn’t the only prospect with area ties to be added to a 40-man on Friday. Jared Solomon, a Lackawanna College product and Millville native, secured a spot on the Cincinnati Reds roster.

“When I went to Lack, I didn’t even have ideas of going professional,” Solomon said. “I just wanted to play Division-I baseball and get my degree and find a job. To get drafted was absolutely incredible. To be able to play healthy through my first couple years in pro ball, get a full season in, play in Dayton — where you play in front of 8-to-10,000 — is awesome and I thought that was incredible. To get here, it’s been a long journey. Emotionally — physically it’s taxing, emotionally it’s taxing. I’m just extremely blessed and grateful for it. It’s exciting … to come from Millville, Pennsylvania, to go to Lackawanna to get drafted and have that happen. The whole journey is starting to come to fulfillment. Hopefully get to the bigs here, soon.”

Baseball America ranks Solomon as the No. 25 prospect in the Reds system. MLB.com has him at 28 and gives him a high-spin, plus fastball in the mid-to-upper 90s and a slider that projects as above average.

Solomon wasn’t at Cincinnati’s alternate site this season, but the Reds brought him to their fall camp, where he started to work as a reliever.

“For it to actually happen, I’m absolutely ecstatic,” Solomon said. “I’m extremely honored by the team and I’m fired up.”