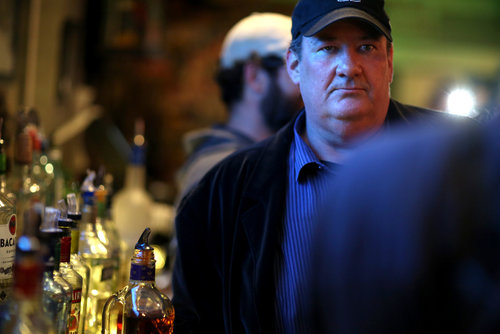 A cast member from “The Office” is coming back to the area as part of a Scranton/Wilkes-Barre RailRiders promotion.

Brian Baumgartner, who played Kevin on the hit television show, will be at PNC Field on June 12 for “The Office” Night, the team announced Wednesday as it rolled out the first portion of its theme games.

Baumgartner was in Scranton late last month, visiting area bars and restaurants. On “The Office” Night, he’ll be part of a meet and greet. The RailRiders will announce more details about that at a later date.

Other theme nights honor baseball’s newest Hall of Famer and the players themselves.

On July 24, days before he is enshrined in Cooperstown, the RailRiders will sport throwback uniforms from when Derek Jeter rehabbed with SWB in 2013. They’ll wear their old red vest tops, only this time it will feature a commemorative patch. Jeter spent two rehab stints with the team that season.

Major League Baseball’s Players Weekend brings colorful uniforms and even more colorful nicknames to the backs of uniforms every year. On Aug. 21, the RailRiders will hold Players Night, when they’ll allow the players to design the jerseys they wear. Both the Jeter throwbacks and the custom players jerseys will be auctioned after the games.

For kids, Peppa Pig and George Pig will be at the stadium June 14, and Ryan’s World characters Red Titan Ryan and Combo Panda will be here Aug. 23.

June 12 and the RailRiders will return to their Veigantes identity for Copa de la Divsersión dates June 9, July 21 and Aug. 7-9.

Faith and Family Day is April 25; STEM School Days are May 7 and May 21; Youth Baseball and Softball Night is June 13; and Camp Day is July 23.

The team will roll out more theme nights at the end of the month. Opening Day is April 9.