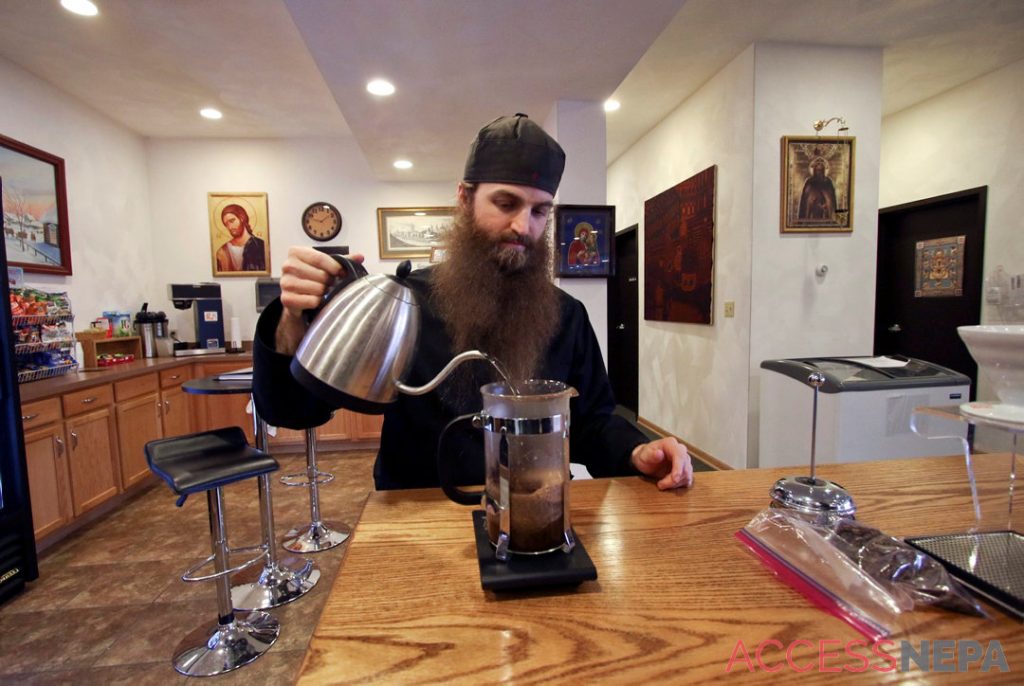 Here is list of businesses who are celebrating National Coffee Day with special offers –
DUNKIN’
Dunkin’ has renamed National Coffee Day on Sept. 29 to National Dunkin’ Day. To celebrate, Dunkin’ will offer a free medium hot or iced coffee with any purchase on Tuesday, Sept. 29.
The chain also has created something else for its fans – National Dunkin’ Day merchandise for sale at shopdunkin.com.
KRISPY KREME
Krispy Kreme will give its Rewards members a free doughnut and a free coffee on National Coffee Day. Customers can become a Rewards members through the Krispy Kreme app or at KrispyKreme.com/rewards.
Customers who are not Rewards members can receive a free cup of coffee, no purchase necessary.
SHEETZ
Sheetz will give a free cold brew to all customers who order using the Sheetz app. This offer, which includes a curbside pickup option, is valid for any size and any flavor cold brew at all Sheetz locations for one day only on Sept. 29, 2020. Customers can choose from a variety of flavor options including seasonal favorites such as caramel, caramel apple, pumpkin pie and salted caramel as well as banana, black raspberry, hazelnut, mint, toasted marshmallow and vanilla.
Starbucks
What is it: Receive a free drink offer loaded to an account for the next visit after ordering a grande or larger handcrafted beverage.
The coffee giant this week also is kicking off “Star Days,” a week of offers, games and contests for Rewards members to earn free drinks and menu food items. A Starland contest is among the activities from now until Oct. 28 to win free coffee, breakfast and “stars,” which get calculated for points to earn additional items. Sign up for the Starland contest here.
Panera Bread
What is it: Receive a month of free unlimited premium hot coffee, iced coffee and hot tea by signing up for the MyPanera+ Coffee Subscription. After the free month, participants pay $8.99 monthly to continue receiving the beverages.
PILOT FLYING J
Pilot Flying J, the largest operator of travel centers in North America, will give customers a free cup of the “best coffee on the interstate.”
Customers will receive an offer to redeem for one free hot or iced Pilot coffee by downloading or opening the Pilot Flying J app on Sept. 29.
Sources via Associated Press – The Patriot-News (Harrisburg), The Express-Times (Easton)

To celebrate this caffeinated holiday, here are some images from our archives of people enjoy a cup of joe. 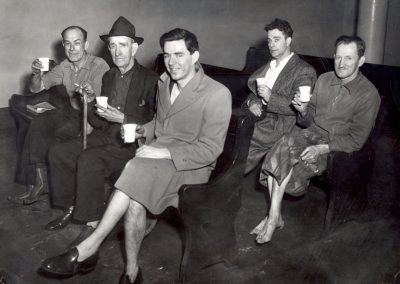 Five of the many guests who were rescued or fled to safety, one man in pajamas and another with coat around his body, sip hot coffee in Scranton Police Headquarters where they were escorted during fire. From left, first row: Henry Collins, Patrick Walsh and Edward Crane, clerk at hotel; second row, Martin Jordan, left, and William Dolphin. Times-Tribune Archives 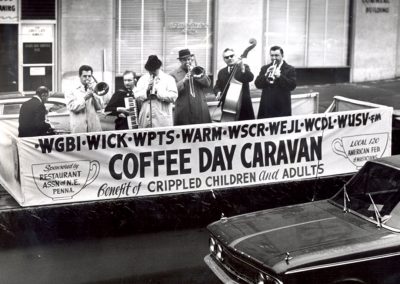 Dixieland band from Local 120 American Federation of Musicians sets the tempo as Coffee Day Caravana sets out on tour of Lackawanna County on March 26 1964 to raise funds for the Crippled Children and Adult’s Society (now know as Easter Seals). Times-Tribune Archives 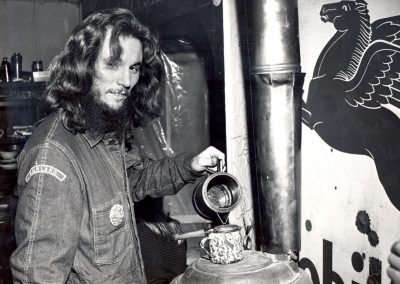 Red Dog, a member of the Hog Farm theater group, pours himself a cup of coffee. Times-Tribune Archives 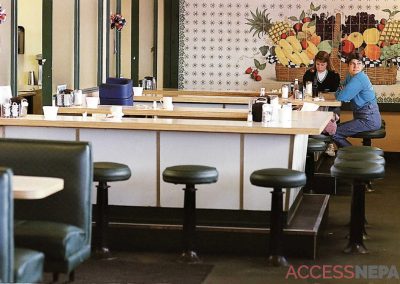 Customer Kathy Szczesniak of Outer Banks, North Carolina, at front, sits in a near empty coffee shop on Sunday afternoon at the Wilkes-Barre/Scranton International Airport. Business has been slow. TIMES-SHAMROCK ARCHIVES 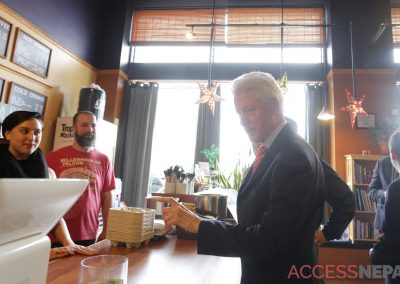 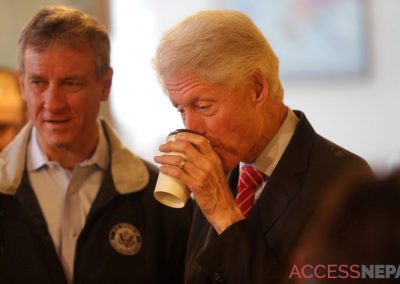 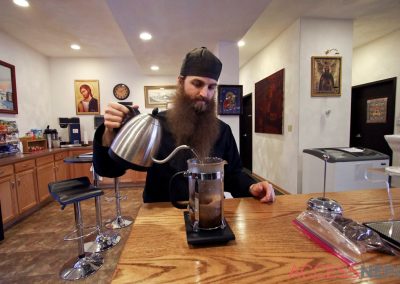 Daniel Armstrong, a monk at St. Tikhon’s Monastery, prepares a French press as he makes coffee inside the bookstore at 175 St. Tikhons Road in Waymart. The monastery recently opened Burning Bush Coffee Roasting, where they prepare and package coffee beans from around the world. TIMES-SHAMROCK ARCHIVES 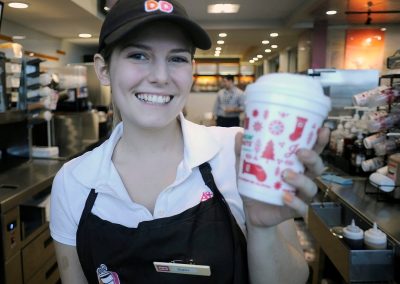 Samantha Hoban with a cup of coffee at the new Dunkin Donuts at the Wilkes-Barre Scanton International Airport. Times-Shamrock Archives 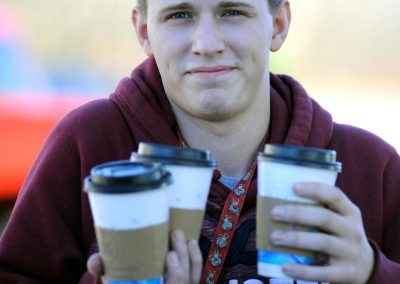 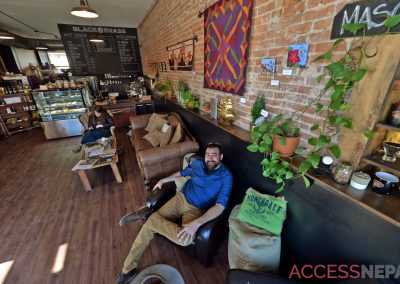 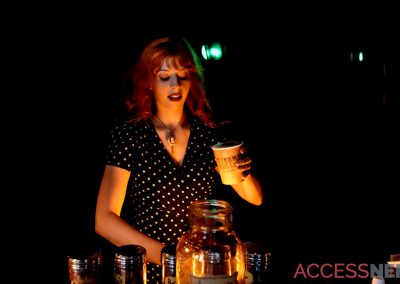 Barista Jacyln Savage prepares a specialty drink at Steamy Hallows, where guests can get a taste of magic along with their well-made coffee. SEAN MCKEAG / STAFF PHOTOGRAPHER 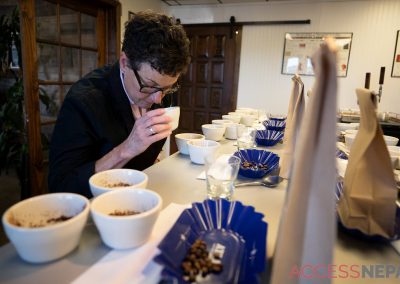 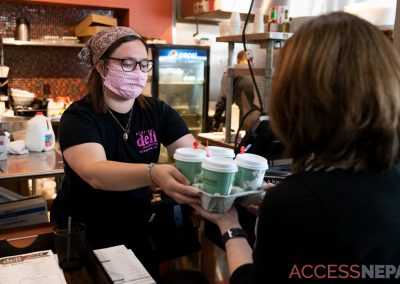 Lauren Leppo serves a coffee order to a customer at the Downtown Deli in Scranton on Friday, June 5, 2020. Lackawanna County restaurants began serving customers in outdoor dining settings on Friday as the county moved to the yellow phase of reopening. Christopher Dolan / Staff Photographer 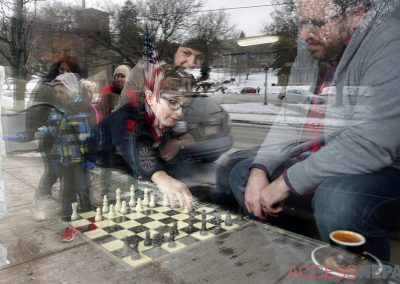 Coen Holland,6, of Scranton plays chess with his father Michael Holland and his mother Maria Holland as they warm up at Duffy’s Coffee House in Clarks Summit, Pa., on Monday, Feb. 15, 2016. The Holland’s and other families came view the works of ice art as part of the 12th annual Clarks Summit Festival of Ice. (AP Photo/The Times-Tribune, Jake Danna Stevens) 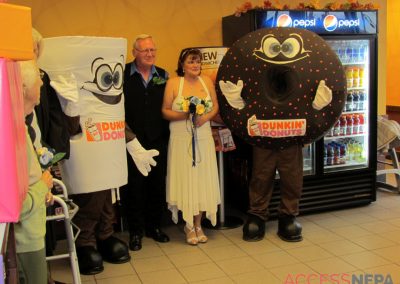 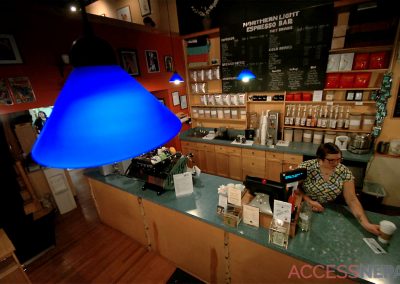 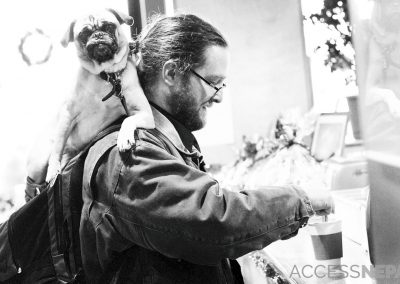 Robert Hanlon of Scranton prepares his coffee at Northern Light Espresso Bar as his dog Pearl rides on his backpack. Mr. Hanlon said Pearl lets him know when she is tired and he lets her hop on for a ride. Jake Danna Stevens / Staff Photographer 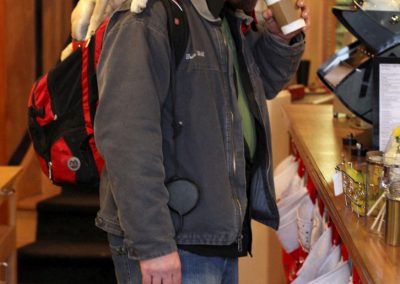 Robert Hanlon of Scranton takes the first sip of fresh coffee at Northern Light Espresso Bar in Scranton as his dog Pearl rides on his backpack on Tuesday, Dec. 20, 2011. Hanlon said Pearl lets him know when she is tired and he lets her hop on for a ride. JAKE DANNA STEVENS / THE TIMES-TRIBUNE