Over the years, “Star Trek” creator Gene Roddenberry visited our neck of the solar system to speak at a college and local “Trek” convention.
His “first contact” came in March 1975 when he lectured at Wilkes College in Wilkes-Barre. Prior to his talk, Roddenberry spoke with The Scranton Times’ TV/radio editor, Sid Benjamin, at the Hotel Sterling, also in Wilkes-Barre. Roddenberry discussed the current state of American television, calling it a “blot on the national scene.”
“It’s not going to get any better as it is dominated by the advertisers,” he added. “Anything I write still will be judged by whether or not it can sell toothpaste. You learn very fast that you have to write for the mass audience.” 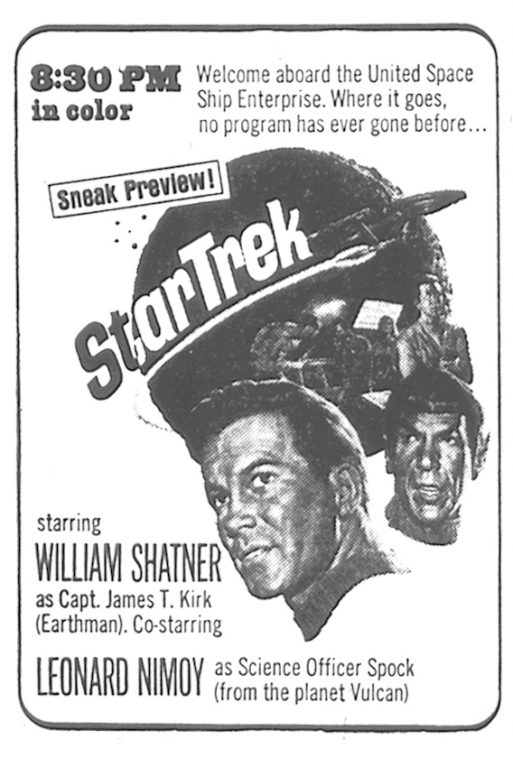 Advertisement for the premiere of ‘Star Trek’ from the Sept. 8, 1966 edition of Scranton Times. TIMES-TRIBUNE ARCHIVES

The conversation then turned to “Star Trek.” Roddenberry said the show had 20 titles until they settled on “Star Trek,” although network executives felt “it wouldn’t stick in people’s minds.” The show started its voyage with the episode “The Man Trap,” which aired on NBC on Sept. 8, 1966, at 8:30 p.m.
The show ran for three seasons, during which Roddenberry said “we found ourselves competing with real dramas of the moon shots.”
“It also helped us in some ways,” he said. “We had the idea of showing how the planets looked from the orbiting spaceship. And the real thing demonstrated that we had done pretty well.”
According to Benjamin’s 1975 article, the original “Star Trek” series was airing in syndication at the time, playing in 142 television markets in the United States and in 54 countries. 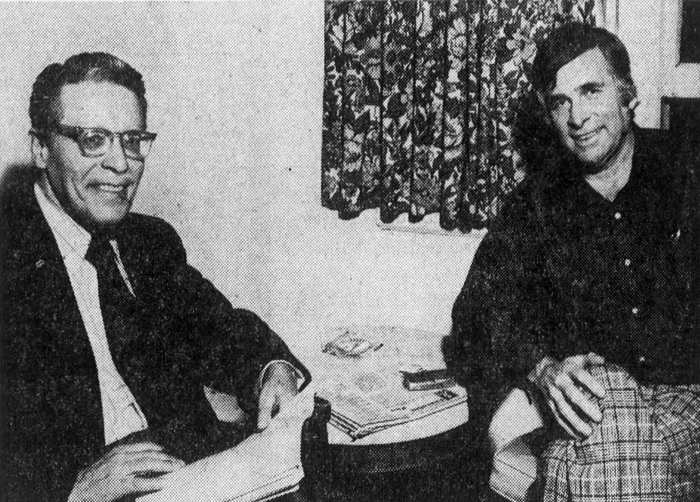 Roddenberry made another voyage back to Northeast Pennsylvania on April 12, 1986, to speak at a “Star Trek” convention at the Masonic Temple in Scranton. The convention also featured a showing of “The Cage,” the un-aired “Star Trek” original series pilot, Roddenberry’s private blooper reel, a costume parade and talk from Allan Asherman, author of “The Star Trek Compendium.”
Prior to this visit, Roddenberry did an interview with the Times’ Focus section editor, Lance Evans.
“The show was my first public attempt at doing science fiction, and as soon as I got into it, I found that there were some special problems,” Roddenberry said then. “For one thing, I think good science fiction demands a kind of ‘stream of consciousness’ approach; the reader has to have the ability to know what’s going on in the minds of the characters. You can do that easily enough on paper, but it’s more difficult when you’re dealing with television. The immediate answer would be to do some king of voiceover narration, but that, I thought, would have been totally contrived. I knew there had to be a better way.
“What I did was to create one whole character which embodied all of the characteristics I wanted on the show. Then I split that character into three, James Kirk, Mr. Spock and Dr. McCoy. I felt that was the only way to make it work.”
“Star Trek” at this point has reached beyond television. The story of the original series continued in multiple movies and inspired the name of NASA’s first space shuttle. All 79 episodes of the original series and the show’s original Enterprise model are preserved at the Smithsonian Institute.
Roddenberry’s third away mission to our area was scrubbed. He was scheduled to speak on April 18, 1988, at F.M. Kirby Center as part of the center’s lecture series.
On Oct. 24, 1991, Roddenberry died at Santa Monica Medical Center shortly after suffering a heart attack at his doctor’s office, according to an article about his death. In the piece, “Star Trek” star William Shatner remembered Roddenberry by saying, “His stature was superseded by his towering imagination. … The ‘Star Trek’ phenomenon will be his legacy and will live on forever.” Leonard Nimoy remembered Roddenberry as well, sharing that “Roddenberry had an extraordinary vision about mankind and the potential of mankind’s future.”