A deal was finalized between Elmo and Leda Baldassari of Scranton and Holmes Realty of Allentown for a small piece of land adjacent to Preno’s Restaurant on Lackawanna Avenue.
Once home to a wing of Preno’s that was damaged by fire in 1957, the small property in downtown Scranton would be the future home of Stop & Go Restaurant.

The Baldassari family originally purchased the property as a possible location for a motel, but that idea later was dropped.
As this deal was being hammered out, Stop & Go was already operating on Keyser Avenue at the Keyser Oak Shopping Center Annex. Additional locations also opened in Wilkes-Barre and Kingston. 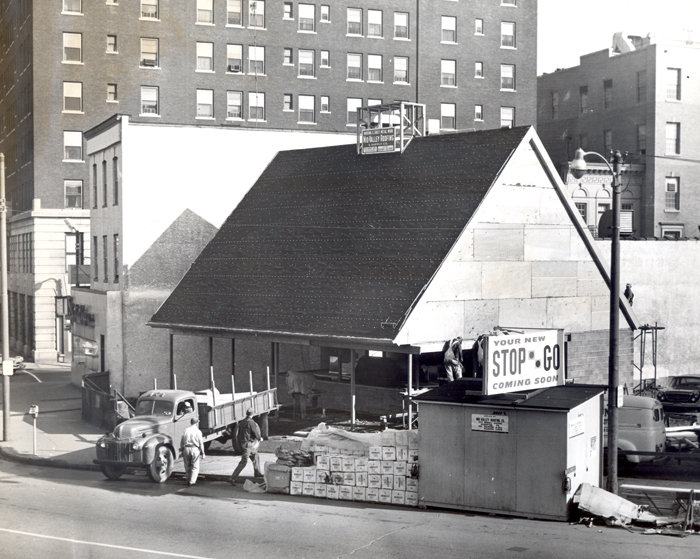 Image of the under construction Stop & Go Restaurant on the 600 block of Lackawanna Ave in June 1963. The burger shop was adjacent to Preno’s Restaurant. TIMES-TRIBUNE ARCHIVES

Over the years, the locations were popular with folks looking to grab a burger. That popularity also brought some unwanted attention from the criminal element.
A group of boys became angry over the fact that the Keyser Avenue Stop & Go was closed at 12:55 on a Sunday morning in May 1966 and decided to kick in and break a plate-glass window at the shop.
In September 1968, Scranton Police investigated two incidents of smashed windows at the Keyser location. First, a window was shot at, and then someone used a beer bottle to smash the window.
In December 1969, a Wilkes-Barre teen reported to Scranton Police that a group of boys smashed his windshield when he was leaving the Lackawanna Avenue location.
Bandits in October 1971 made off with over $180 in cash from the Lackawanna Avenue Stop & Go. Scranton Police reported that the bandits familiar with the restaurant aided in the theft.
In January 1976, the Stop & Go at Keyser Oak switched from serving burgers to seafood, and the shop rebranded under the name the Fish Net. It offered dishes such as a 1-pound Maine lobster meal with fries and cole slaw for $4.95 and the Fish Net’s Feast, which included five pieces of fried fish, four clam fritters, five orders of fries and five hot rolls for $4.99.

A fire damaged the Fish Net on May 5, 1977. According to Scranton Fire Bureau District Chief Richard Seymour, the fire started in the building’s A-frame roof. An ember fell into the deep fryer, igniting the grease.
In June 1977, Old Forge Bank bought the former Stop & Go on Lackawanna Avenue from M.S. and C.S. Holmes of Allentown for $100,000. The bank said it made the purchase “with an eye to possible future expansion.” 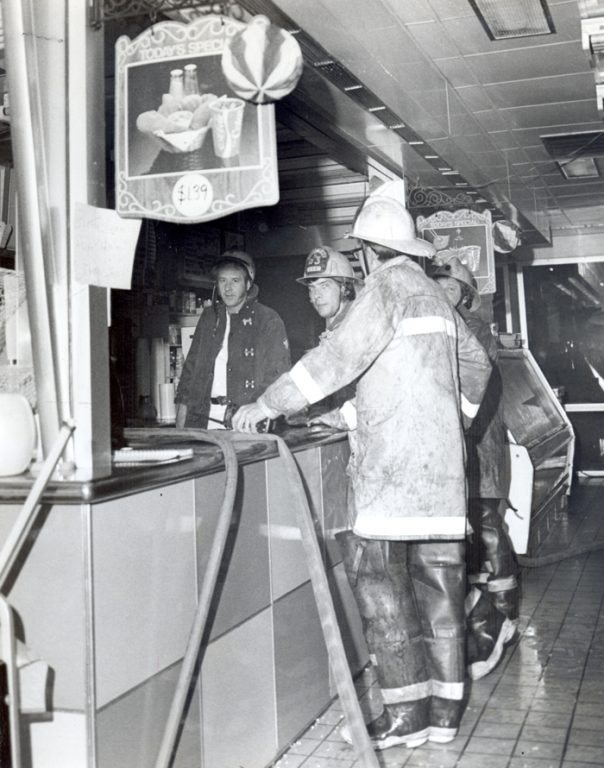 Scranton firemen remain on the scene of single-alarm fire on May 6, 1977 at the Fish Net, 1870 N. Keyser Ave. The fire, which was reported at 11:30 p.m., began in the ceiling aera caused considerable damage. TIMES-TRIBUNE ARCHIVES 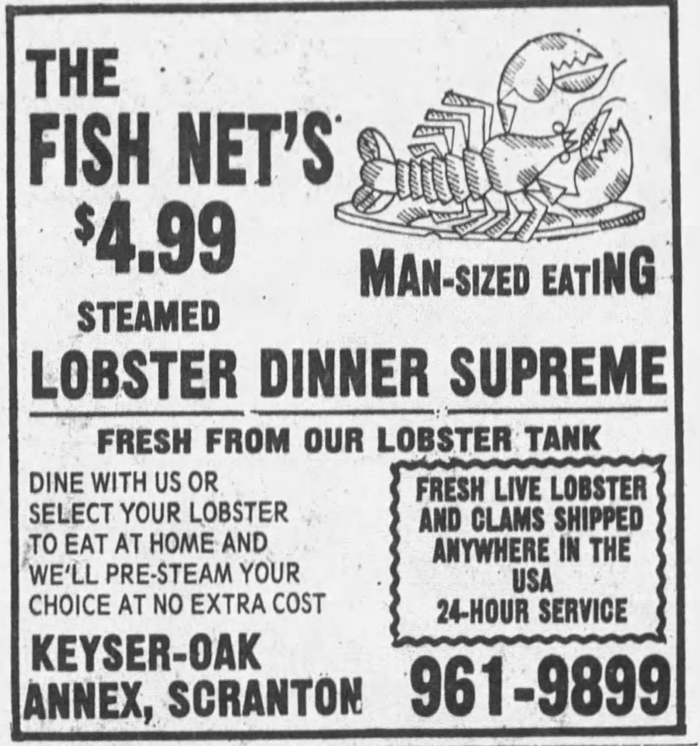 Advertisement for the seafood reataurnt “The Fish Net’s’ on North Keyser Avene in the Mar. 28, 1976 edition of the Scranton Times. Before serving seafood, the eatry was a Stop & Go burger shop. TIMES-TRIBUNE ARCHIVES

In 1980, Pearle Vision relocate from the 500 block of Lackawanna Avenue to the former Stop & Go, staying there until 1999, when it moved to the Mall at Steamtown.
Pearle Vision center along with the Hotel Casey, Preno’s Restaurant and several other buildings later were demolished as part of the downtown hotel and convention center project. The Hilton Scranton and Convention Center opened at the site in August 2003. 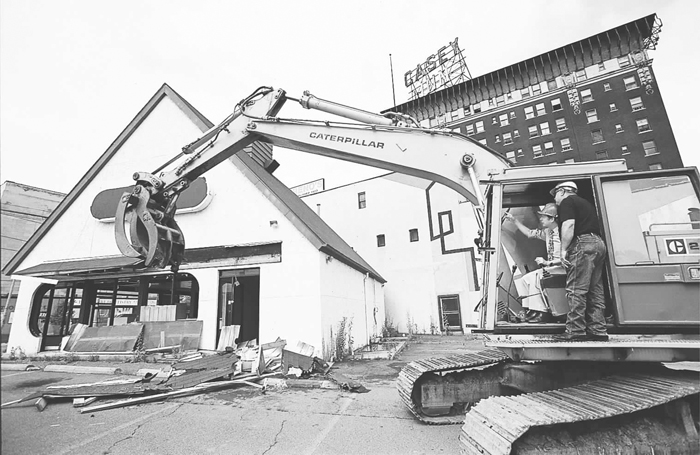 A clawed machine starts taking down the former Pearle Vision building on Aug. 11, 2000 on the site of the new $26 million downtown hotel/conference center. Advising Mayor Jim Connors, who sits at the controls, is Tom Shaffer. Prior to being a vision center, the building was home to a Stop & Go restaurant. TIMES-TRIBUNE ARCHIVES