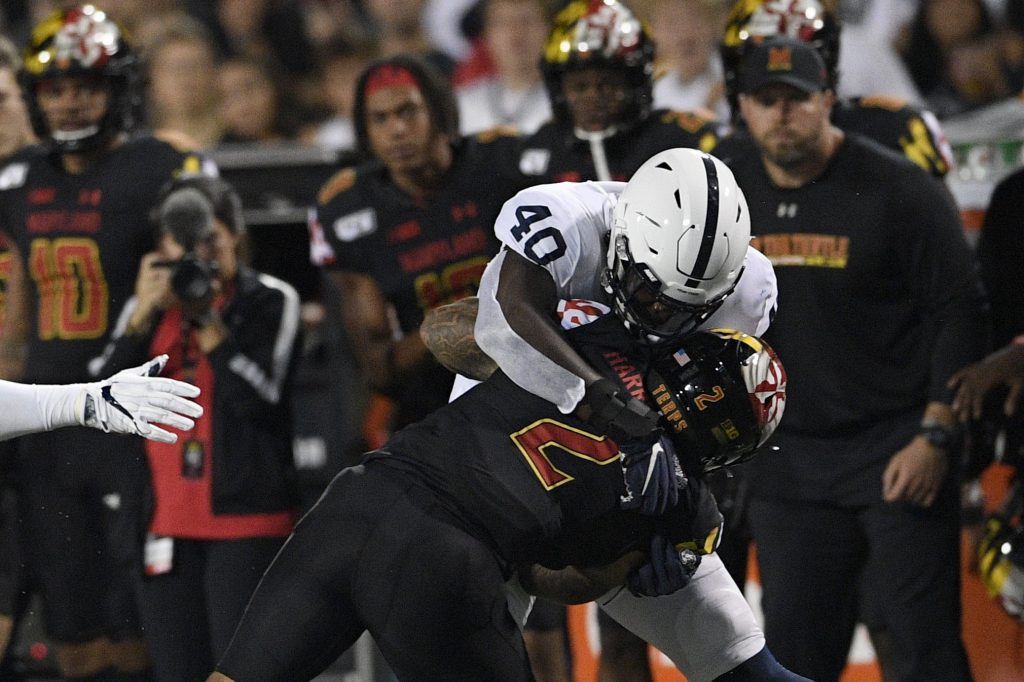 The Penn State linebackers: A position of strength, even after losses

Over the next several days leading into Penn State’s season opener at Indiana on Saturday, we’ll study the biggest storyline at each position. Today, we look at the linebackers.

James Franklin had a spare scholarship to give and walk-on long snapper Chris Stoll standing in his office. It’s a moment major college football coaches tend to savor, an opportunity to offer a life-changing reward to a valuable contributor. It’s as happy a time as these guys have without winning a football game.

As he’s delivering the good news to Stoll, Franklin happened to notice another somewhat more famous player waiting to speak to him. Two months earlier, Micah Parsons decided to forego his junior season with the Nittany Lions to focus on training for the 2021 NFL Draft. It was a big decision then and still is now for Penn State; he is considered a likely top-10 pick next spring, and without him, Penn State loses arguably the best defensive player in the nation. That’s why Franklin and his staff spent the last few months, unsuccessfully as it turned out, to convince him to opt back in.

And it’s why, as Franklin gave Stoll the scholarship Parsons vacated, part of him wondered if he should hold off a bit.

“I’m like, ‘Does he have second thoughts?’” Franklin said of Parsons, with a smile.

That’s how good Micah Parsons is, and Penn State would take him back with a second’s notice. That said, Franklin hasn’t exactly been shy about asserting another fact: The Nittany Lions linebackers should still be strong without its freakish leader.

And, as it is, without the other two veterans — Jan Johnson and Cam Brown — who started alongside him last season.

That, Franklin says, is how good Penn State’s linebackers are. A “position of strength,” he calls it. One capable of maybe not fully replacing a player with Parsons’ natural ability, but one that can make a run at being among the best groups in the country.

Parsons’ spot in the starting lineup, in fact, will go to a fellow five-star recruit, 6-3, 244-pound dynamo Brandon Smith, who already has a reputation for blazing speed and an ability to deliver the big hit.

“At the beginning of last year, I wasn’t as knowledgeable about the playbook as I am now,” Smith said. “Just being out on the field and continuing to get a bunch of reps and taking my time talking to the coaches and working on my fundamentals and film study, I feel more confident in my game and being able to help the team any way that I can.”

Ellis Brooks, a four-star recruit, will step into the middle linebacker spot former walk-on Jan Johnson held the last two seasons, and promising Jesse Luketa — who played plenty on coverage downs the last few seasons — will take over for Brown.

That leaves Penn State with two other five-star recruits — redshirt freshman Lance Dixon and true freshman Curtis Jacobs — and a slew of coveted youngsters like Charlie Katshir, Zuriah Fisher and Tyler Esldon, coming off the bench.

The game experience isn’t what it would have been had Parsons stayed, nor perhaps is the propensity for quite as many dynamic plays from the position. But this is also a group looking to make a name for itself without Parsons, one that thinks it is perfectly capable of continuing the Linebacker U tradition.

“We see the rich history of linebackers that have come here and then left their mark; guys from like Paul Posluszny to Sean Lee to NaVorro (Bowman) to…the list goes on and on,” Luketa said. “The standard is the standard, so that when I’m watching my film, and I’m able to pull up those old clips of Mike Hull and all those guys, seeing how they played, the style of football, the swagger, just how aggressive they play…that’s what we want to compete for. So when your number is called and your opportunity is finally here, that’s the level that we need to be playing at.” 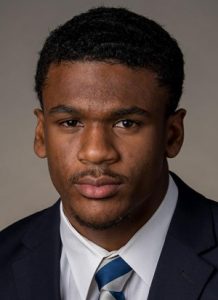 There will actually be plenty at the linebacker position this fall, but easily the most interesting one will be Curtis Jacobs.

The only question right now is, will he be ready to compete for playing time? We’ll find that out soon enough, of course, because there really is no other impediment to Jacobs getting playing time outside of his preparedness to actually be on the field. Given Penn State’s depth, Jacobs might ordinarily have been a candidate to play four games and maintain his redshirt season. But, due to the pandemic, all athletes this fall have been given a waiver on eligibility by the NCAA. In other words, nothing that happens this fall affects a player’s eligibility clock.

If there’s one knock on Penn State’s linebacking corps, its depth at the Mike. Jacobs and Lance Dixon could be candidates to fill in there if the need arises. The best players are going to play this fall, regardless of experience level. It may take some time to determine who those players are, but those freshmen certainly will put themselves in the running.

The highest tackle total any current Penn State linebacker has ever registered in a game is the 6 which Ellis Brooks amassed last September at Maryland. Micah Parsons had six or more tackles 17 times in two seasons with the Nittany Lions. 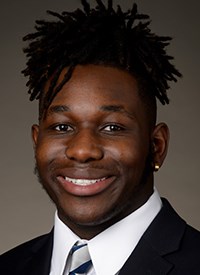 This is really the “if he doesn’t play well, it’s not going to work” category, and Jesse Luketa certainly fits that bill.

There’s no questioning his athletic ability, and he sure has had a few moments in the blue and white: His five-tackle performance against Maryland after Parsons was ejected last September stands out. But after that game, he didn’t come close to matching that performance. In fact, he had more than one tackle in just two of Penn State’s next nine games.

He needs to be the same factor he was against Maryland on a much more consistent bases in 2020. That should come with more playing time, of course. But if it doesn’t, Penn State will be looking to add production from that spot fairly early in the process. For now, though, Penn State needs to think his leadership and experience will lead to big-time production.