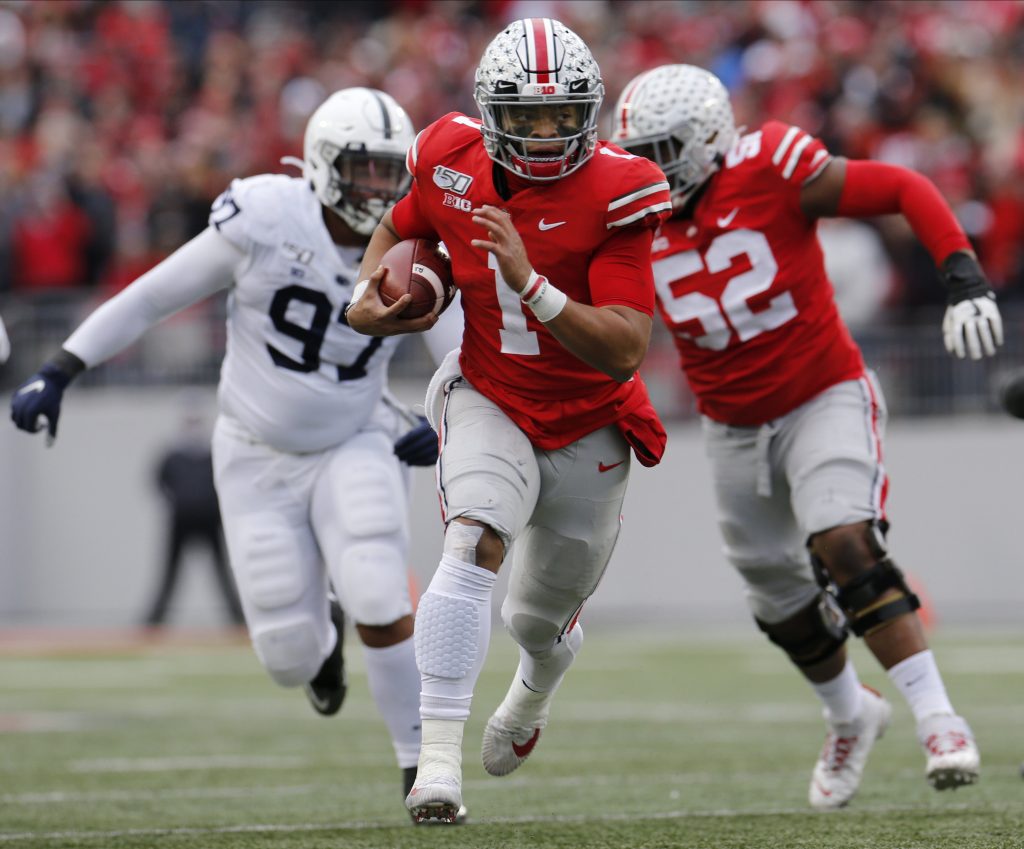 The Ohio State file: What the Buckeyes bring

Penn State will try to turn its 2020 season around tonight against No. 3 Ohio State, one of the most talented teams in the nation. Here’s a look at head coach Ryan Day’s club, and what the Nittany Lions will be dealing with on the field in prime time. 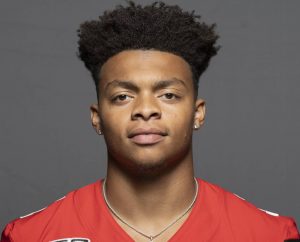 Just kidding. If Miller plays, it means Justin Fields had another game like he did last week, or another one like so many he had during an absolutely dominant 2019 season. There’s a reason Penn State still rues the day Fields broke a verbal commitment to the program to accept an opportunity from home-state Georgia. Fields is the epitome of a dual-threat quarterback. Last week, he was Ohio State’s leading rusher, going for 54 yards on 15 carries against Nebraska. And, honestly, the Cornhuskers likely wish he ran a whole lot more.

Fields threw 21 passes last week and completed all but one, for 276 yards and two scores. He had an almost-impossible performance throwing the ball. And, he’s not just completing checkdowns. His accuracy on deep throws is stunning, and flushing him from the pocket doesn’t help much, because he has elite arm strength and can spin the ball accurately, on the move, into tight areas. He makes great receivers look invincible.

The guy’s touchdown-to-interception ratio at Ohio State is 43-to-3. Penn State likely has to find a way to win while Fields is picking them apart. It’s no easy task. 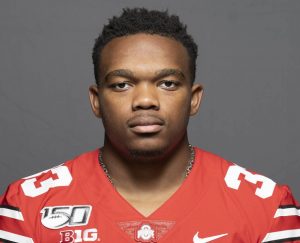 Good news for Penn State here is that they at least don’t have to deal with JK Dobbins anymore (he ran for 157 yards on 36 carries against the Nittany Lions last year in Columbus and had long been a thorn in Penn State’s side).

But, what Ohio State has this year is plenty good enough to get by in the running game. Master Teague is physical and can break the big run, even though he’s coming off a so-so performance against the Cornhuskers; he scored two touchdowns, but he ran for just 41 yards on 12 carries. Trey Sermon is a grad transfer from Oklahoma who scored 25 touchdowns with the Sooners and brings the Buckeyes a back with experience playing in the College Football Playoff.

Chambers might be a wild-card here. He gained 32 yards on 8 carries against the Cornhuskers and is an absolute bruiser.

“Everybody has a different running style,” Penn State linebacker Brandon Smith said. “Teague can get up and go. He can run very well, and he’s still a bigger body, so he can lower his shoulder when he needs to. For the most part, every running back on this level can do a little bit of both at a very exceptional rate. For us, we’ve just got to take them like we’re going against Alvin Kamara every single time, so you don’t really sleep on anybody at all.” 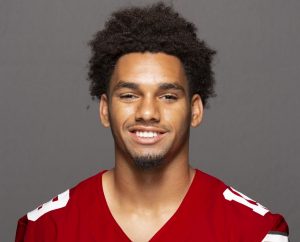 The bad news for Ohio State is that Chris Olave took a fairly vicious hit to the head against Nebraska, and his status for tonight’s game was uncertain for most of the week. However, it’s looking like he’ll be able to give it a go.

The good news for Ohio State is that even if Olave — one of the nation’s best receivers and a potential first-round pick next year — is out, they have an embarrassing amount of talent behind him. Garrett Wilson was one of the best receiver prospects ever — yes, ever — coming out of high school. He had 7 catches for 129 yards last week and is a bona fide big-play threat. Jameson Williams is a speedster who had just one catch in the opener but is a player defenses have to watch. Demario McCall is a seasoned senior who really hasn’t been able crack the rotation.

The players to watch here are the two true freshmen.

Everyone around here knows Julian Fleming, the former Southern Columbia standout who gave District 2 teams fits for years. But the Buckeyes also love Jaxon Smith-Njigba, a sure-handed, strong route runner who plays like a senior. He’s an elite talent and his brother, Canaan Smith, was the Yankees’ fourth-round pick in the 2017 amateur draft and could someday be a RailRider. He was an .871 OPS guy with 11 homers, 74 RBIs and 16 steals at low-A Charleston in 2019 and could make a push to Double-A depending on how the Yankees handle the loss of last minor league season.

It’s somewhat startling how young the Buckeyes are up front, depth-wise. Granted, they’re probably four- or five-star high school recruits waiting to step in, and some of them are going to go to the NFL down the road. But, hey, experience is experience. 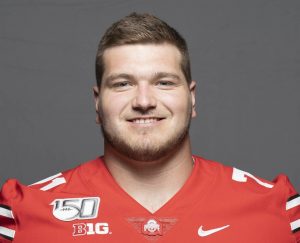 That said, the Buckeyes have experience at all three spots.

Josh Myers is a talented center who anchored the line in 2019 and was a standout. He may also not be the best interior lineman in this group, because RG Wyatt Davis is so good. He has been a contributor since the start of the 2018 season, and he has started 17 straight. He’s a force in the run game.

The top NFL prospect in the group is likely Thayer Munford, the left tackle who has started 27 straight games and has some of the best feet in the country. Penn State ends have had more success against him than other teams, but he has certainly won his share of the battles.

Left guard Harry Miller and right tackle Nicholas Petit-Frere are new starters, but they were among the most-gifted prospects in the nation at their positions coming out of high school. That’s what the Buckeyes do, really. They replace really good starters with really good prosepcts. 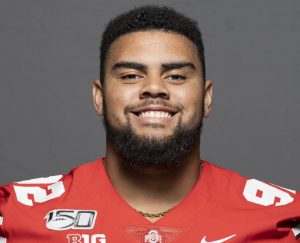 A lot of guys who have been waiting their turn are finally getting chances in the trenches for the Buckeyes defense this season.

Tommy Togiai is a tremendous run-stuffer who has been one of this team’s top options off the bench for years, while Antwuan Jackson is a former JUCO standout who, like Togiai, was a valuable rotation piece last season before jumping into the starting lineup. The most impressive player in this group against Nebraska was the senior Haskell Garrett, who had two tackles and a sack and should have required a double-team in relief of Jackson.

Penn State will be familiar with the ends. Jonathan Cooper and Tyreke Smith have played a lot of snaps over the years, and they’re productive. Seems like the Buckeyes have been waiting for Smith to take over as the next dominant end the program has produced, but he didn’t start last week and only played in rotation with Cooper. The best of this group might have been, like Smith, a one-time prime Penn State recruiting target: Zack Harrison, who registered a sack. 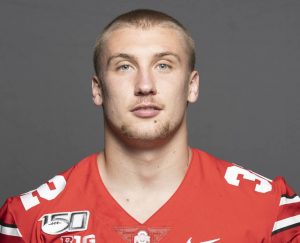 So, Ohio State might not be as dynamic up front on defense as it was in years past when it had Chase Young and the Bosa brothers. But a linebacking corps this deep and this experienced makes up for a lot of that.

As usual, Baron Browning and Tuf Borland get most of the playing time at the outside linebacker spots around middle linebacker Pete Werner. Combined, they had 17 of the 57 tackles the Ohio State defense made against Nebraska last week. They’re smart. They’re strong. They’re tough. And they’re super productive.

Justin Hilliard had a big interception against Penn State last season and, although he missed last week’s game with an injury (he did suit up, however), will be a factor if he can play this week. If it seems like Dallas Gant and Teradja Mitchell have been contributors for a while, it’s because they’ve been dominant special teams players for the Buckeyes. Both are former high school All-Americans, and they’re now the top backups to Borland and Werner, respectively. 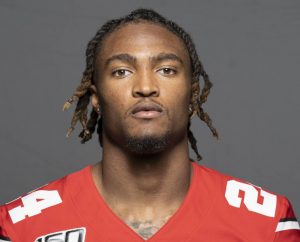 Wade opting back into the program made Ohio State the favorite in the Big Ten East division by a wide margin, and while he’s going to be a sure-fire first-round draft pick in 2021, he’s surrounded by some players who will someday join him. Sevyn Banks had a fumble return for a score against Nebraska, and he’s a fairly dynamic cover guy in his own right. The Buckeyes also have a pair of safeties, senior Marcus Williamson and freshman Ronnie Hickman, who are so good in coverage they can — and do — play the slot cornerback role.

Marcus Hooker is the younger brother of former Buckeyes great and first-round draft pick Malik Hooker, and they’re similarly aggressive from that deep safety spot. He’s not afraid to get himself involved in the running game either when the the time comes.

Nebraska quarterbacks threw for just 160 yards last week, but it’s difficult to judge this group off that, because the passing game is obviously not the Cornhuskers’ forte. But, Penn State is at least going to try to test them more in the passing game. They’ll have to do better than the 188 yards they piled up through the air last season.

Penn State coach James Franklin said earlier this week that Ohio State doesn’t take many chances on special teams, and that’s true in the sense that it doesn’t have to take any. But, rest assured, Wilson can hurt Penn State in the punt return game. Given that Penn State kicker Jordan Stout is one of the best in the nation at getting touchbacks out of his kickoffs, the kick returner never seems to be a huge factor against Penn State, as solid as McCall is.

As if Ohio State didn’t have enough explosive talent on offense and defense, it also has Drue Chrisman, who is one of the best punters in the nation and really helps the Buckeyes control the field position game. He had two punts last week — a 52-yarder and a 46 — and he pinned Nebraska deep once. He’s really not a fair weapon for a team this good to have.

Haubeil is solid. He doesn’t have a booming leg, so Penn State is going to get some chances to return kickoffs. But he’s going to make all the makeable field goals, and he has actually made one from 55. So, if given the opportunity, he is a threat from distance.