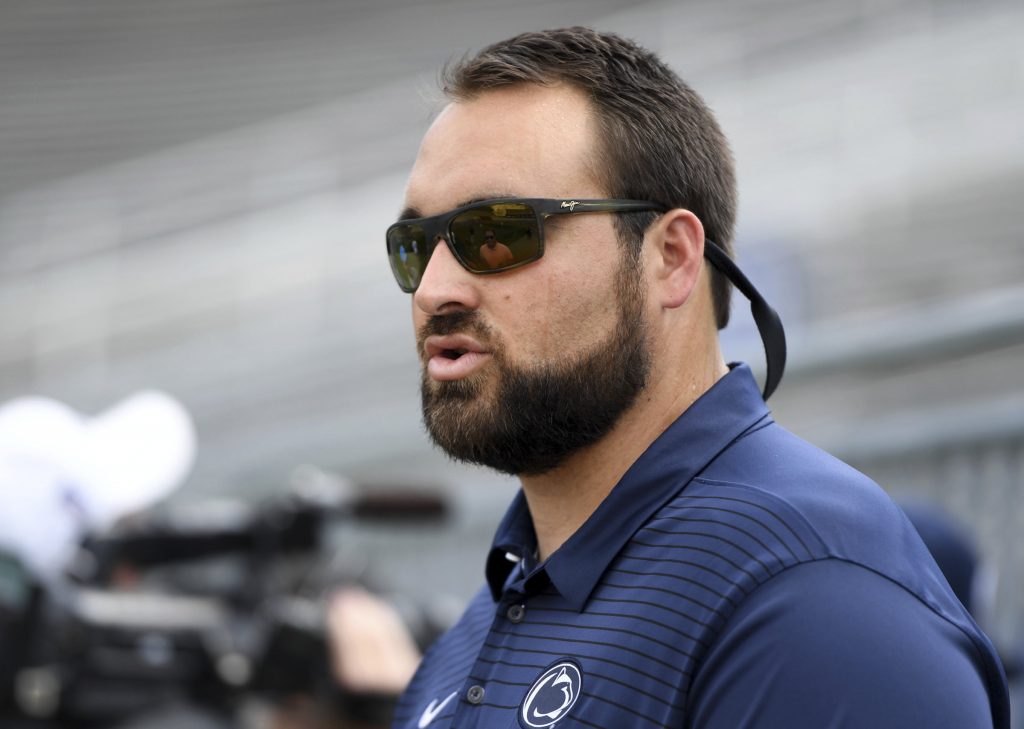 For the second straight offseason, Penn State has lost a key member of its coaching staff to the NFL.

This is quite reminiscent of the Sean Spencer departure almost exactly a year ago. Spencer left Happy Valley to join the New York Giants staff in the same position he held with the Nittany Lions, but with him went an ace recruiter, a big personality players gravitated toward, and a guy who demonstrated the ability to reload at a position where he had developed stars, then replaced them with equally or more-effective players. 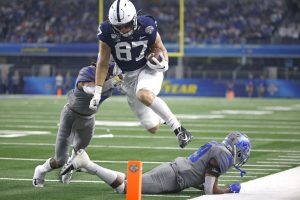 Penn State tight end Pat Freiermuth made quite a leap under Bowen’s tutelage, elevating to All-American status during his three seasons with the Nittany Lions. (AP Photo/Ron Jenkins)

The tight end room at Penn State was built up and then rebuilt again under Bowen’s leadership. When he took over in 2018, he did so the year after a transcendent tight end, Mike Gesicki, had been drafted by the Miami Dolphins, leaving little in the cupboard behind him at Penn State. But, Bowen was instrumental in the development of Pat Freiermuth from a mere prospect out of Massachusetts to one of the nation’s top tight ends practically within the first month of the 2018 season. Freiermuth went on to reach all-American status with Penn State, and he’s expected to be one of the top tight ends picked in the 2021 NFL Draft.

But Bowen didn’t just ride with Freiermuth. Like Spencer, he became one of the coaching staff’s aces in the hole on the recruiting trail. He turned the Nittany Lions into one of the top destinations in the nation for top tight end talent, bringing in a consensus top-five prospect in the 2020 class, Canadian Theo Johnson, while also fostering the progress of the likely 2021 starter, Brenton Strange, a late-blooming talent out of West Virginia who took over the starting job when Freiermuth was lost for the season last fall and caught 17 passes for 164 yards and two touchdowns. 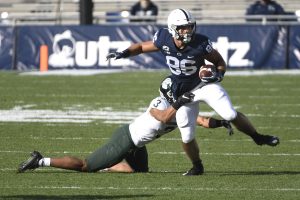 Penn State also has two top tight end prospects currently committed to the 2022 recruiting class: Wisconsin’s Jerry Cross and Georgia’s Holden Staes. Both are four-star prospects, but it’s worth wondering if Bowen’s departure changes their thinking on Penn State at all.

As far as potential replacements go, one seems to be really popular in the Penn State community: Adam Breneman, the 25-year-old former Nittany Lion who last month took the tight ends coach job at Arizona State. He was a graduate assistant there last season, and he must have really impressed coach Herm Edwards and his staff to get that kind of promotion after just one season.

The more likely bet, though, is that James Franklin will pursue a coach who 1.) he knows better and 2.) has a bit more experience. The first name that pops up in that role: John McNulty, the Scranton native and former Nittany Lions walk-on who has coached in the NFL and has been an offensive coordinator in the Big Ten on two different occasions with Rutgers. He also served as an analyst for Franklin on Penn State’s staff in 2019. So, there’s the connection Franklin always talks about wanting when he’s looking for new assistants. 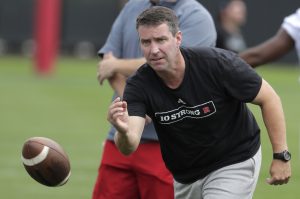 Abington Heights graduate John McNulty, who led the Notre Dame tight ends in 2020, might be a fit at his alma mater. (AP FILE)

There’s a bit of a stumbling block, for sure: McNulty just finished his first season as the tight ends coach at Notre Dame, and he loves the job and the tradition there. He did a good job there last season — the Irish tight ends were a big part of that offense, and they saw a lot of two-tight end sets because they could really move the pile in the running game — and he has been a major factor in the recruiting game for the Irish.

On paper, McNulty checks all the boxes. Whether they can get him to leave South Bend, that’s a different story. But fact is, Penn State has to get somebody now, and Tyler Bowen leaves big sneakers to fill.