Penn State officially announced Wednesday what had been widely reported earlier in the week, that it has hired former Purdue co-defensive coordinator and safeties coach Anthony Poindexter. 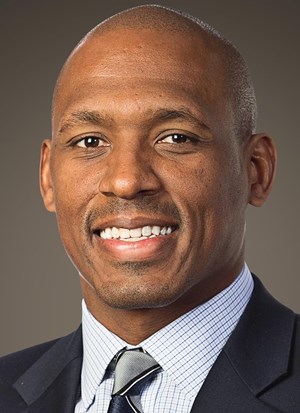 What is official now is what we figured would be the case a few days ago, that Poindexter will assume those same two positions on head coach James Franklin’s staff. It makes for a seamless transition from Tim Banks, who held the co-defensive coordinator and safety posts with the Nittany Lions the last five seasons before heading to Tennessee to become the Vols’ defensive coordinator earlier this month.

“I am honored and humbled by the opportunity to be a part of the Penn State football program,” Poindexter in a statement released by Penn State athletics. “As long as I’ve played the game of football, I’ve been aware of the long-standing tradition and history of excellence here at Penn State. I look forward to being under the leadership and guidance of Coach Franklin. I’m inspired by his relentless desire to win and I look forward to contributing in any way I can. Coach Pry has assembled one of the best defensive units in the country and nothing motivates me more than young men with a will to work hard and learn. My family and I are truly grateful to be a part of this incredible University. Thank you for having us. WE ARE!”

I think, by any standard, Penn State did a pretty good job here.

It’s later than you’d want to have to make a change on the coaching staff, for sure. But Poindexter is a really intriguing fit on a staff that has seen a lot of transition this offseason, but also seemed to maintain the guise of some continuity.

They lost tight end Tyler Bowen, a fast-rising coaching mind who was also big on the recruiting trail, to the Jacksonville Jaguars. But his replacement, Ty Howle, is another fast-rising coaching mind who has a much more of a history with Penn State than even Bowen did. And Poindexter is a guy with a very similar background and coaching/recruiting strengths to Banks. Plus, through his Hall of Fame career as a player at the University of Virginia, he potentially could bring some extra credibility on the recruiting trail in a fertile area — the D.C./Maryland/Virginia zone — where Penn State would love to get an even stronger foothold.

It’s an interesting scenario when you consider the staff turnover in recent years, for sure. Penn State’s stated goal has been to reduce staff turnover. But it has responded well-enough to most of it. Would you rather have really good, quality assistants who are in demand for promotions? Or, lesser assistants who might not be quite at that in-demand level, but are certainly good enough to help grow your program over the long haul? There are cases to be made for both sides, but wherever you fall, it’s clear Penn State is starting to do a nice job rolling with it when their more in-demand guys take off for promotions elsewhere.