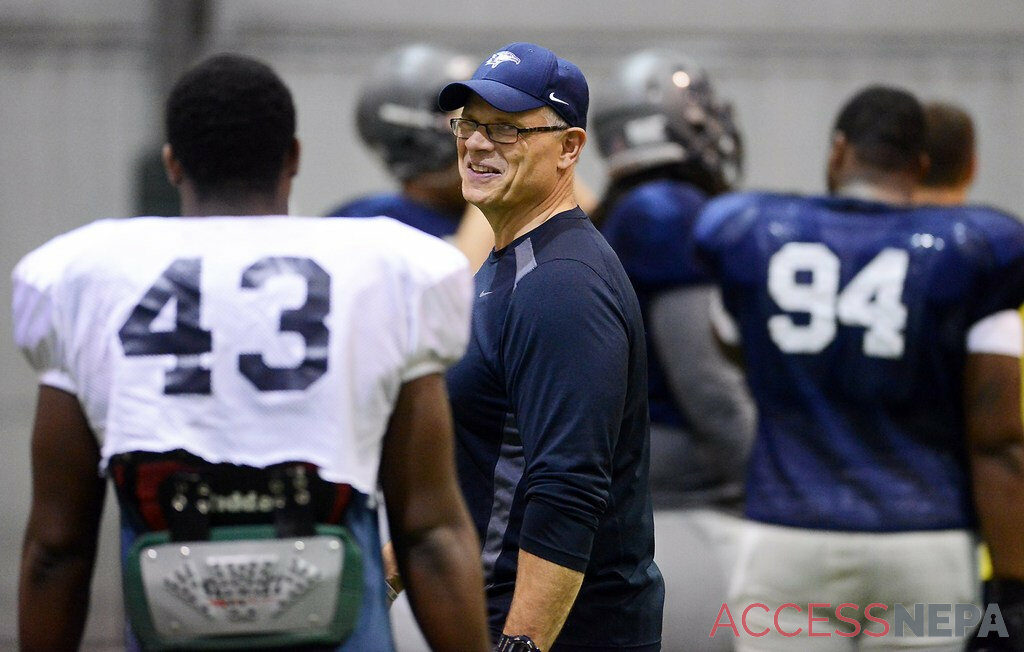 It started, as so many recruiting stories for Penn State have in recent weeks, with a decommitment.

It ended, as so many recruiting stories for Penn State have in recent years, with a rally.

A big recruiting weekend at Penn State wound up reshaping the Nittany Lions’ 2020 class — for now, of course — after the latest defection, bringing four new players to Happy Valley. Included among them is another Lackawanna College star.

Obviously, longstanding members of the 2020 class leaving has been the big story of the summer for Penn State, and it continued over the weekend when Florida four-star linebacker Derek Wingo decommitted from the Nittany Lions and verbally committed to the University of Florida.

The Athletic wrote a piece detailing the switch, which gives an interesting look at Penn State staff’s side of dealing with recruits. Basically, they don’t want prospects who commit to them taking visits. So, Wingo visited the Gators over the weekend on a completely hush-hush basis.

Whatever the reason, Wingo has a right to come and go as he pleases as long as he has offers to accept. And, he was a good prospect, a four-star kid from a competitive state who was one of just two linebackers committed to Penn State’s recruiting class.

Four players have now decommitted from the Penn State program in the last several weeks, and that has been a major talking point with fans.

Players, though, aren’t putting much stock in it. A group of players who have been committed to the class got together and, through highly regarded defensive tackle Cole Brevard’s Twitter page, indicated they have no intention of leaving the class.

But the big statement of the weekend may have come from star tight end Pat Freiermuth.

For all of Nittany Nation- No need to panic, the program is better than its ever been. If commits truly don’t want to be committed to the best fan base and best coaching staff in the country, it’s their issue, not ours. Cant wait for August 31st. #weare

That said, Penn State began rebuilding the class, and if it holds together — again, no guarantees on that, about half a year away from the December signing day — this past weekend will probably go down as a real turning point.

Izzard has been on Penn State’s radar since the coaching staff began recruiting for 2020. He’s a 6-foot-3, 280-pound defensive end who plays the run well and also has a myriad of pass rush moves that make him a good bet to play quite a bit as a true freshman. He’s kind of the opposite style of end that youngsters like Yetur Gross-Matos and Jayson Oweh are.

Dottin is a taller receiver who still looks really fast in pads, and he can really go up after the ball and haul it in.

He joins Lackawanna’s Norval Black among receivers committed to the program in the 2020 class.

He’s a hard-charging, true defensive tackle who is also a pretty good wrestler. So, very solid athlete who has a three-star rating. Plus, don’t discount that wrestling background. It’s a skill that has come in handy for linemen over the years.

Brown, we’ll get into more later in the week, but he continues what has been an obvious trend in the last few years, with the growing relationship between Penn State and Lackawanna.

The Falcons list Brown as a 6-foot-1 safety, and he played alongside Jaquan Brisker, who committed to Penn State in the 2019 class, last season. Brisker dominated that team statistically, but Brown is the leading returning tackler for this season’s Falcons, and he had five interceptions in 2018.