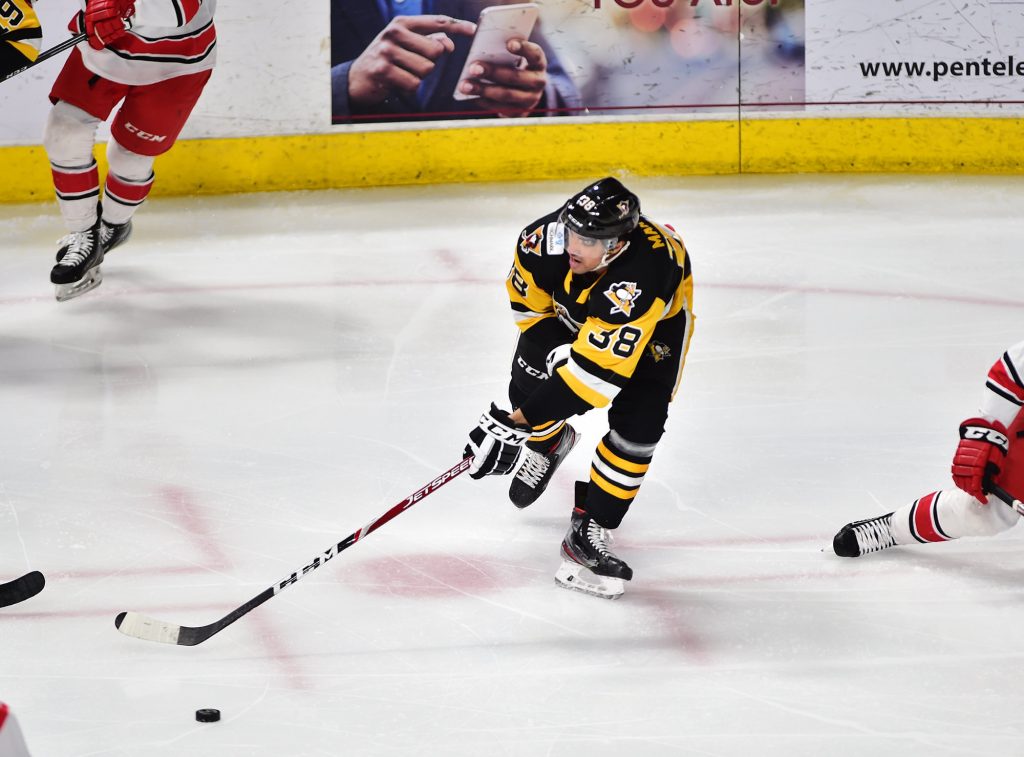 Start the zamboni and open up the penalty box: The Wilkes-Barre/Scranton Penguins are back.

The American Hockey League announced Monday the Penguins are one of 28 teams that have opted to play in the league’s pandemic-shortened 2020-21 season. The league’s target for opening day remains Feb. 5.

“It’s always great to see hockey playing, so we’re very excited about that,” said Penguins Chief Executive Officer Jeff Barrett in a video call. “We’re very thankful that (Pittsburgh Penguins GM Jim) Rutherford and (Pittsburgh CEO) David Morehouse and the Pittsburgh Penguins decided that they’re going to invest in Wilkes-Barre, because it is important for us and for our fans and our brand and the community as a whole to ensure that we’re playing hockey in this area.”

Barrett said Wilkes-Barre/Scranton is hoping to play around 32 games, although the league has not released any details on scheduling or a playoff format. Teams had until Monday to decide to opt out of playing, and three did — the Milwaukee Admirals, Charlotte Checkers and Springfield Thunderbirds.

Wilkes-Barre/Scranton is hopeful it will be able to play home games at Mohegan Sun Arena and is still in discussions with the Wilkes-Barre Twp. facility, Barrett said. Because of state guidelines amid the pandemic, fans will not be allowed at the start of the season.

Barrett said the team will begin the process of reaching out to season ticket holders regarding the changes. All existing season ticket members will receive a free subscription to the league’s streaming service, AHLTV, allowing them to watch every game during the season.

The Pittsburgh front office and Barrett had discussions over the weekend regarding whether a season would be feasible in terms of personnel and money. AHL teams depend greatly on ticket sales, and having an empty arena will ensure the season is a challenge financially.

“It was a little bit of a complicated issue just because, with the NHL and their taxi squad, we had to make sure we had enough players,” Barrett said. “But they did their research, they looked at the guys and they just decided that development is such an important piece of the Pittsburgh Penguins, to make sure that they have their young kids and other guys ready to make that next step. They looked at everything from finances to development and made the decision that they wanted (us) to play.

“I’ll be frank; this is going to be a difficult year for both the AHL team and the NHL team.”

Barrett said safety will be of the utmost importance for everyone involved this season. The AHL will release its own set of safety protocols on everything from testing procedures to game-night operations, and Pittsburgh has also shared its procedures with the team for guidance.

The league’s alignment will look a little different. The Penguins will play in a seven-team division with Hershey, Lehigh Valley, Binghamton, Syracuse, Rochester and Utica. However, Binghamton will play in Newark, New Jersey as one of four teams that received a provisional relocation for this season.

The four Canadian teams will have their own division pending government approval.

Barrett said teams will likely play more games in the afternoon and on weekdays to better accommodate travel and player safety.

There is no timeline for the start of training camp, but the team could have players arrive as early as mid-January to make sure the necessary testing and quarantines are completed.