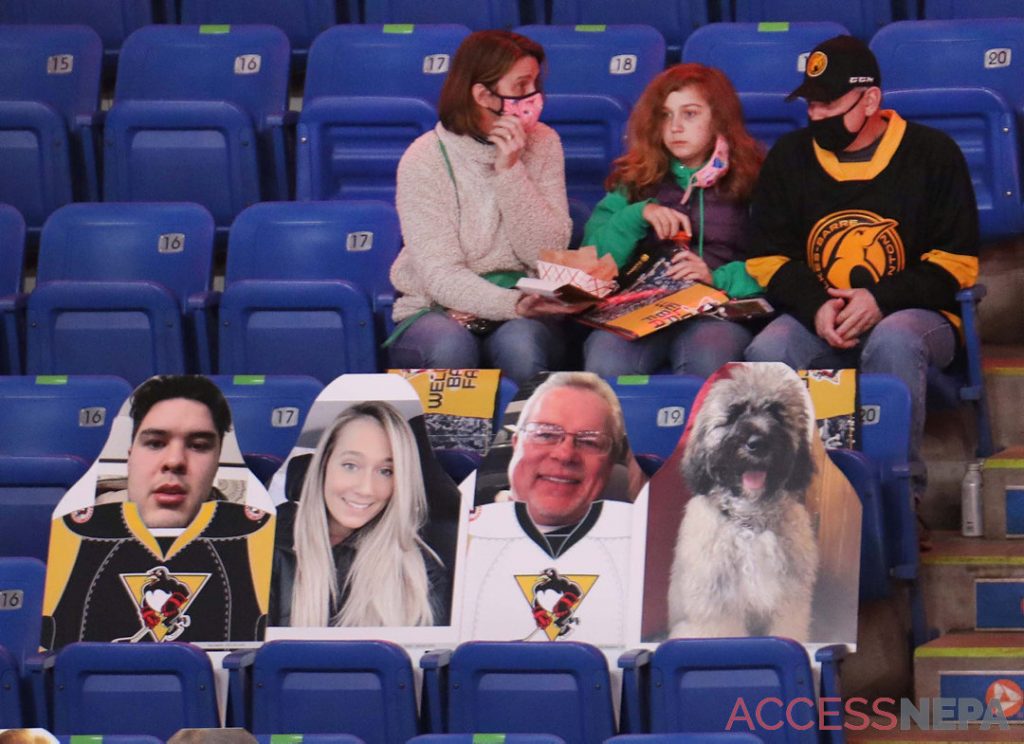 Fans have waited a long time to watch the Penguins play again at Mohegan Sun Arena.

The long hiatus ended Friday for Gallagher, his mother, Ellen, and about 1,500 other fans who watched Wilkes-Barre/Scranton take on the Syracuse Crunch. Many wasted little time making their way inside, exiting their cars right as the arena doors opened at 5:30 p.m.

Friday marked the first professional sporting event at the facility with fans allowed since March 8, 2020. Days later, the coronavirus pandemic shut down the AHL and other leagues around the country.

Although the pandemic is still ongoing, the general expectation for spectators on Friday was a night of fun and a chance to do something they’ve missed dearly.

“We’ve been watching (games) online with our free AHLTV account,” said James Gallagher, 26, a five-year season ticket holder. “Sitting on our couch, though, you want to yell and scream but you also don’t want to be disruptive for your neighbors.

“I was right on the phone when (tickets) were available. I think it’s a great start. Some arenas aren’t even allowing fans yet.”

The arena looked a little different for the occasion, with numerous safety protocols in place to protect fans and employees. Concessions stands that did open were fully cashless and featured plexiglass barriers at each register.

Arrows on the concourse floor indicated where fans should walk to space out foot traffic. A line of about 14 people had formed outside the team store about 40 minutes before puck drop as only one or two groups at a time were allowed in. 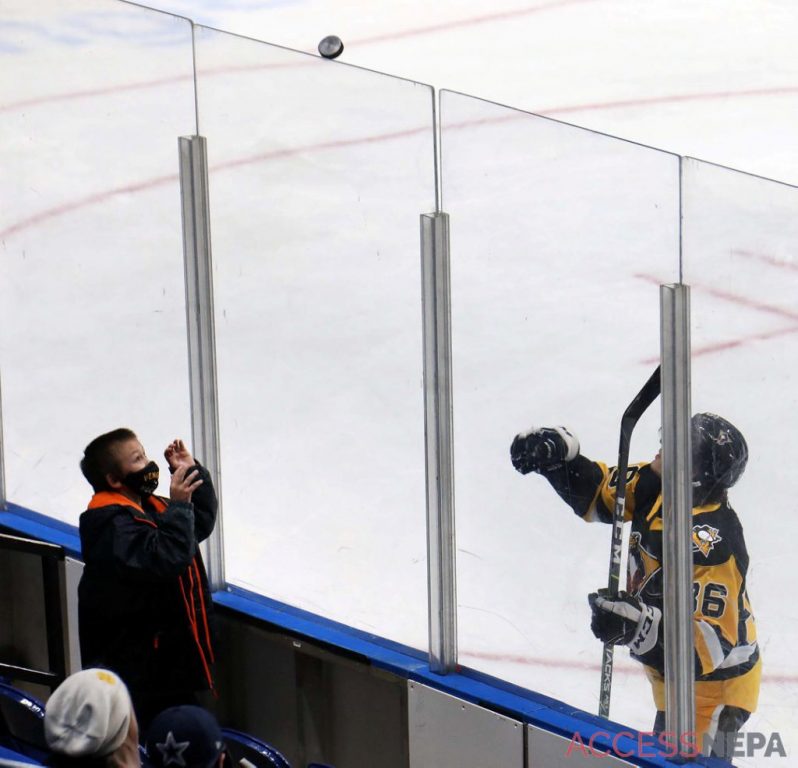 DAVE SCHERBENCO / STAFF PHOTOGRAPHER
Eight-year-old Kaiden Rought keeps an eye on a puck flipped to him by Penguins forward Felix Robert during warmups for Friday’s game against Syracuse at Mohegan Sun Arena.

Friends Kassidy Peters and Molly Yesho were en route from the Steel City to the Pittsburgh Penguins’ game against New Jersey today and decided to attend once tickets went on sale.

They were excited for the return of mascot Tux, who watched the game from his own fan cave set up in the corner near Section 120.

“If Philly (the Flyers) can have Gritty, then we can have Tux,” Peters said.

They were also eager to see Penguins prospects like Pierre-Oliver Joseph and Emil Larmi play in person.

Both were hopeful that fans would wear their masks and follow the rules.

“I think it’ll be good,” Yesho said. “We definitely would like to see everything enforced.”