Editor’s note: In the coming weeks leading up to the 93rd Academy Awards ceremony on Sunday, April 25, Time Warp will feature stories related to films nominated this year or other local connections to the annual film event.

1968: “The Trial of the Chicago 7” takes the viewer back to the turbulent times of the late 1960s when a group of political activists planned to protest at the 1968 Democratic National Convention in Chicago. Later, the group was arrested and charged, forever becoming known as the Chicago 7.
Originally, there were eight co-defendants – Abbie Hoffman, Jerry Rubin, Tom Hayden, Rennie Davis, David Dellinger, Lee Weiner, John Froines and Bobby Seale – but as the trial moved forward, Seale was removed from the case. 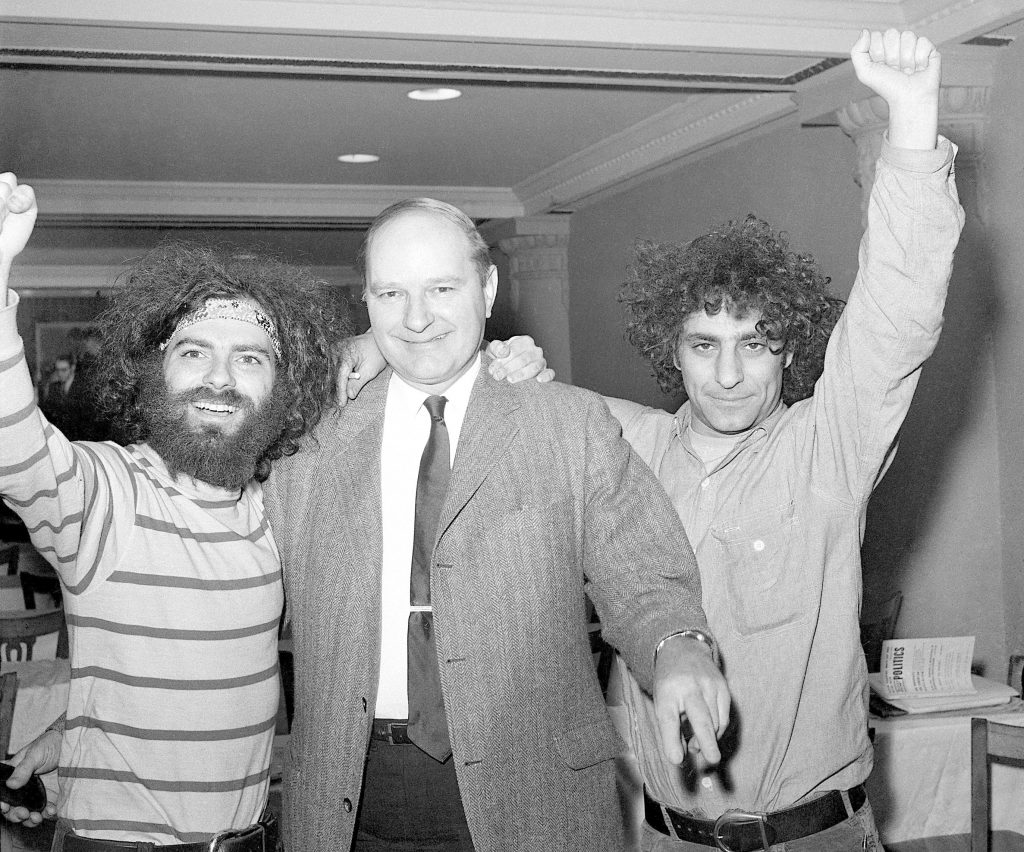 Jerry Rubin, David T. Dellinger and Abby Hoffman at a press conference in New York on March 21, 1969. They face indictment charges on inciting to riot, in Chicago. (AP Photo/Robert Kradin)

Over the years, three men associated with this case visited Scranton to lecture at local colleges and universities. The first to visit was David Dellinger on Sept. 28, 1970. The longtime pacifist also was the co-chairman of the New Mobilization Committee to End the War in Vietnam. His talk was held at University of Scranton’s Long Center and was sponsored by the university’s lecture series committee. The lecture was free and open to the public.

Second to visit was political and social activist Abbie Hoffman, who spoke before 700 students at University of Scranton’s student center on Oct. 14, 1986. During his hour-long talk, Hoffman spoke on a variety of topics, such as the United States’ invasion of Nicaragua in 1912, the Vietnam War, the CIA, South Africa, the “Star Wars” program and televangelists Jimmy Swaggart and Jerry Falwell.
He said the 1912 invasion of Nicaragua “was the heyday of Yankee imperialism” and called the Vietnam War “an illegal, stupid, unwinnable war caused by a bully country picking on a small country.” He reminded those in attendance that Dr. Edwin Teller, the father of the “Star Wars” program, inspired the role of Dr. Strangelove in the film of the same name.
During a press conference following the lecture, an unidentified man asked Hoffman, who was also known as a jokester, if he ever changes his mind. Hoffman responded, “I changed my underwear.”
The third visit was from Bobby Seale on Feb. 3, 2000. Seale was the surviving founder, former chairman and national organizer of the Blank Panther Party. His lecture was part of Penn State Worthington Scranton’s campus lecture series. Seale spoke about how his desire to learn more about African and African American history as a young man led him to form the Black Panther Party with Huey P. Newton, and that the history not taught in schools inspired him. 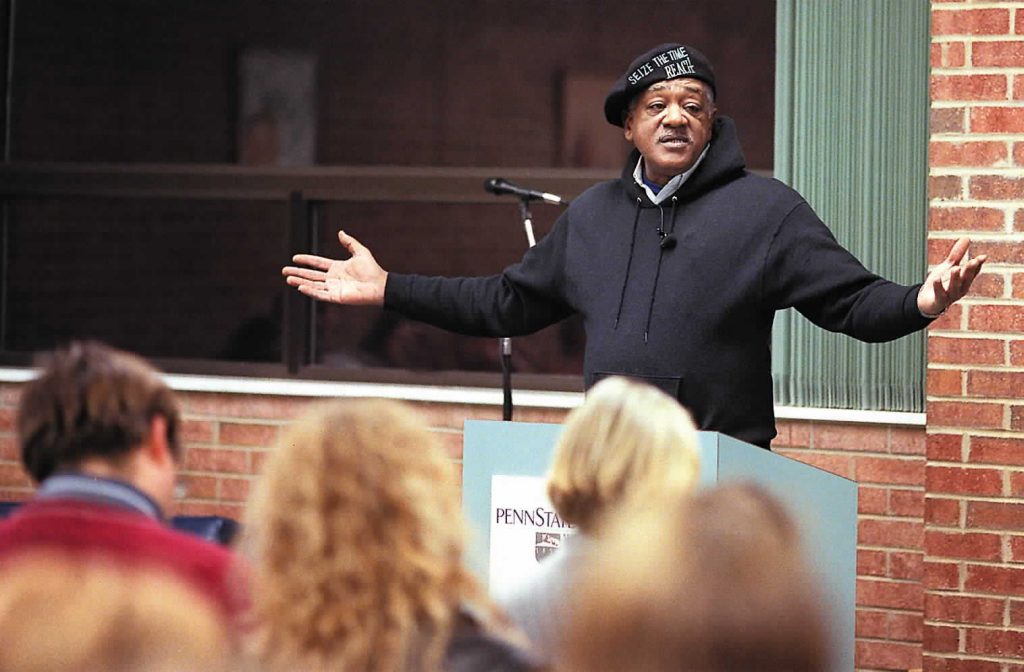 Seale also addressed why members of the party carried guns during peaceful protests of the Oakland Police Department.
“Peaceful protesters were being jumped on and shot up in the early and late ’60s,” he said. “Racists got away with killing us. Huey’s argument was, if peaceful protesters were exercising their rights, then we don’t support the politicians who send the police down to take those rights away. That’s where we were coming from. That’s what the guns were about.”
In the film, John Carroll Lynch plays Dellinger, Sacha Baron Cohen portrays Hoffman, and Yahya Abdul-Mateen II plays Seale. The film is nominated for six Academy Awards: best picture, Sacha Baron Cohen for best supporting actor, Aaron Sorkin for best original screenplay, Phedon Papamichael for best cinematography, Daniel Pemberton and Celeste for best original song for “Hear My Voice” and Alan Baumgarten for best film editing. 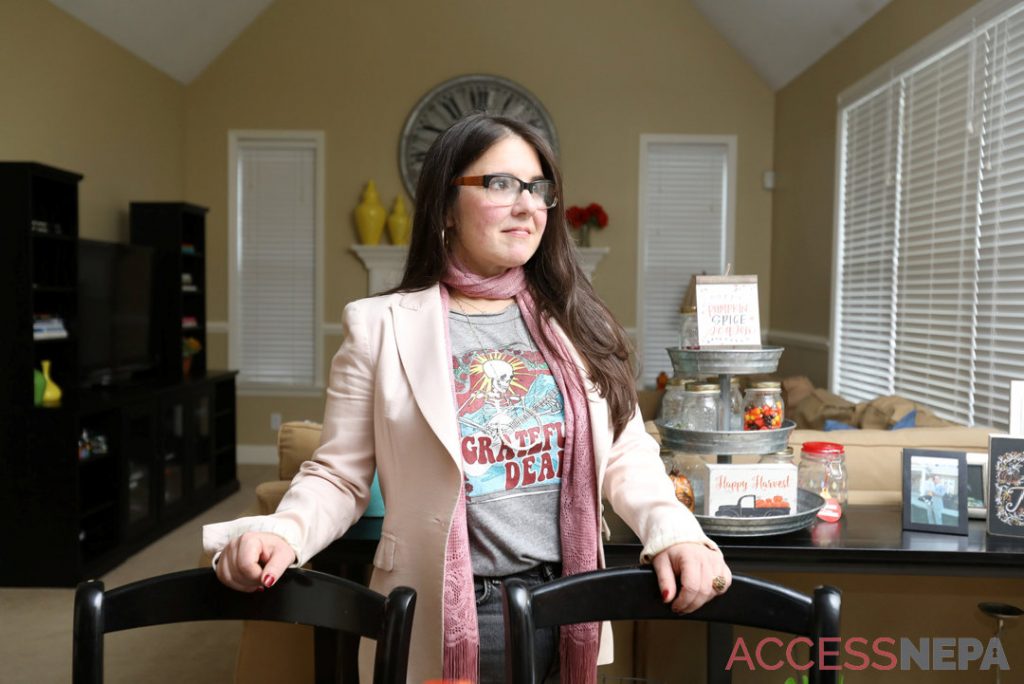 Old Forge native Mia Cusumano meanwhile, played an integral role in “The Trial of the Chicago 7.” Part of the casting team for the film, Cusumano is nominated with her coworkers in the Artios Awards, presented by the Casting Society of America, in the category of big budget – drama film. The Artios ceremony will be held virtually on Thursday, April 15.