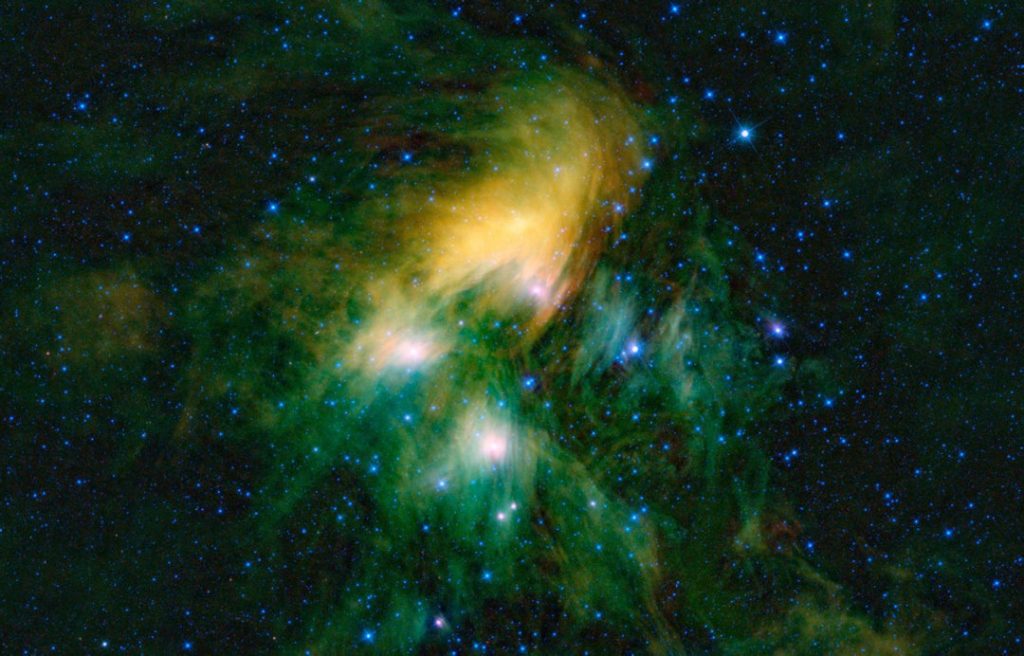 Star watching is wonderful in the wintertime! I think it’s one of the best times of the year to soak in the splendor of the Pottsville night sky. It’s worth bundling up for and then some. It’s especially fantastic to see the starry sky in the countryside, away from the city lights.

Unfortunately, good planet viewing is limited this month. Mars is the only bright planet available the evening sky the entire month. Look for it in the southwestern sky with its distinctive orange-red hue. It’s not the great telescope target it was this past autumn because it’s so much farther away. About all you’ll really see with even a large scope is an orange dot.

Despite the absence of decent planet viewing, there are still many other celestial treasures waiting for you. Even if you must put up with light pollution, you’ll still see many bright winter constellations, especially in the southern half of the sky. The constellation Orion the Hunter and the gang of bright constellations surrounding him is the main celestial event. There’s the great Orion himself, surrounded by his cast of characters like Taurus the Bull, Auriga the chariot driver, Gemini the Twins, Lepus the Killer Rabbit, Canis Minor, the Little Dog and Canis Major, the Big Dog. Sirius is the brightest star of Canis Major and is also the brightest star we see in the entire night sky. Even at 8.5 light-years from Earth, or almost 50 trillion miles away, it’s considered a nearby star!

A wonderful winter celestial gem lies in the sword of the constellation Orion the Hunter. It’s the great Orion Nebula, a vast cloud of hydrogen gas around 1,600 light-years away and possibly larger than 30 light-years in diameter! It appears as a faint, ghostly patch of light to the naked eye, but even a small telescope will reveal much more detail. Depending on the seeing conditions and size of your telescope, the nebula may have a slight greenish tinge to it. Within the nebula, you’ll see the Trapezium, four stars arranged in a tight lopsided trapezoid. Those stars, and many, many others that you can’t see, were all born out of the Orion Nebula. Most of these stars are less than 10 million years old, making them infant stars. The new stars’ ultraviolet radiation lights up the hydrogen gas like a neon light, causing the nebula to glow. Astronomers call this kind of nebula an emission nebula.

Another must-see is the Pleiades star cluster in the constellation Taurus the Bull. It will jump right out at you from more than 400 light-years away. You should easily see six to seven stars with unaided eyes that form a pattern that looks like a miniature Big Dipper. With binoculars or a small telescope, you’ll also see many fainter stars. In late February and early March, Mars will pass just below the Pleiades, making for quite a sight, especially with binoculars! All the stars in the Pleiades were born together gravitationally around 100 million years ago.

The Pleiades are also known as the Seven Little Sisters, the daughters of the god Atlas, according to Greek and Roman mythology.

Believe it or not, there are signs of spring in the eastern evening skies this month. It’s one of the first spring constellations, Leo the Lion. Look for a leftward leaning backward question mark that outlines the giant celestial lion’s chest and head. At the bottom of the question mark is Regulus, the brightest star in Leo that marks the lion’s heart.

There’s so much to enjoy in the February skies, great celestial theater!