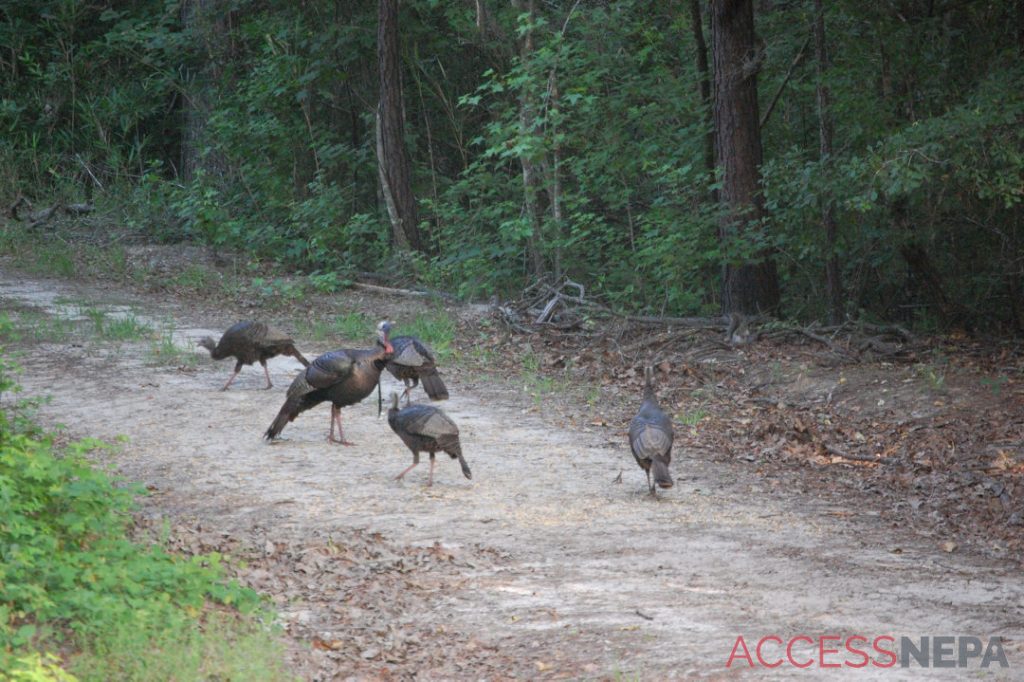 Timing is everything with turkey calling

Not that any experienced spring gobbler hunter needed to be reminded on the opening day of the Pennsylvania season Saturday, but many who failed to fill a tag are beating themselves up for calling too much, or failing to call enough.

Knowing when to call and how often to call has been the most-often asked question on the subject to Linglestown native Matt Morrett in the more than 20 years he has been doing seminars. A world champion caller and former industry spokesman and television personality, he recently celebrated his one-year anniversary as marketing specialist for the Pennsylvania Game Commission.

“When I’m asked at a seminar how often do you have to call a turkey, my answer is to explain that is a loaded question,” Morrett said. “It’s like asking how often do you call and talk to your wife or your girlfriend in a day’s time.

“Each turkey is an individual, and every day he’s on a different emotional level, but here are some general rules that will help you. In my opinion, a turkey is either really interested in breeding or has to be made excited and fired-up.

“If a turkey’s gobbling back to you every time you call to him, then quit calling, he knows where you are, he’s excited about finding you, and more than likely he’s on his way to you. If you call and the turkey only gobbles back ever now and then, he’s not excited, so he has to be made excited by calling more and calling more aggressively.”

Morrett said it is important to remember that when the turkey’s gobbling and coming, call less and call softly because the more calling to this kind of turkey the more likely the bird will stop 60-70 yards away and not come in because it has been told that an excited hen is ready to breed. When it reaches a place in the woods or a field where he thinks this excited hen can see him, he’ll stop and expect her to come running to him.

“More often than not if a turkey’s gobbling and answering aggressively, call less; if a turkey’s not gobbling aggressively, call more and the chances of success are good,” Morrett said. Another question that doesn’t have a simple answer is how close to get to a turkey before calling because the terrain often dictates how close you can get to a gobbler before you start calling to him.

“If in open terrain, you’ll have to stay further away from the turkey than if you’re in thick cover. Generally, you need to get as close to the turkey as you can without the turkey’s seeing you, but never try to get any closer than 100 yards to the bird to ensure that the turkey can’t spot you.

“My favorite call is a mouth diaphragm call because I can control the volume and I like having the call in my mouth so my hands are free, and I believe I can make this call as realistic as it needs to be. Probably the best overall call for beginners and experienced hunters is a pot call with either a slate or glass surface because on windy or rainy days, you can get a little bit more volume out of friction calls than you can from diaphragm calls.” 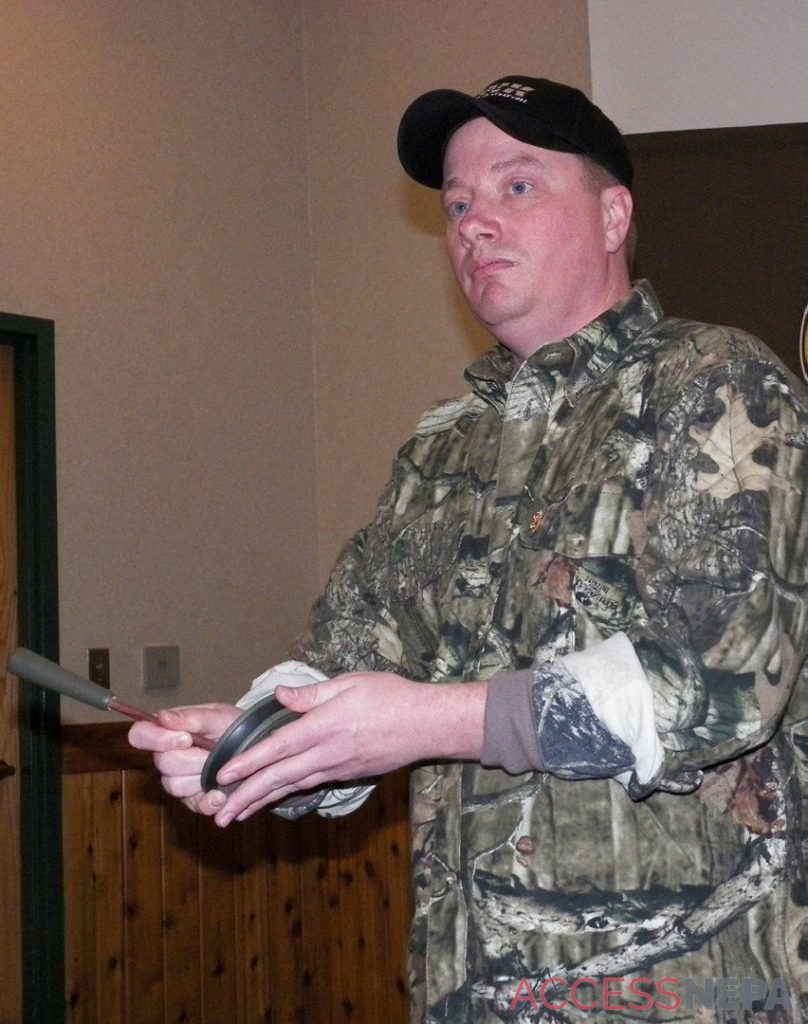 DOYLE DIETZ / CONTRIBUTING PHOTOGRAPHER
World champion turkey caller and former television personality Matt Morrett of Linglestown, who for the past year has served as marketing specialist for the Pennsylvania Game Commission, demonstrates the use of a slate pot call during a seminar on hunting spring gobblers.

Morrett began accompanying his father to the woods at the age of 6 and he developed his love of hunting by sitting in the cold November woods waiting for bucks and returning in May hoping to hear a gobble ringing across the ridges. He soon perfected turkey calling to a degree that few others have matched by earning more than 50 calling championships, including five World Friction Turkey Calling titles, six U.S. Open Turkey Calling victories and the coveted Grand National Champion title.

In 1994, Morrett put his calling to the test by taking an Eastern gobbler in Missouri, a Rio Grande in Texas, an Osceola in Florida and a Merriam’s in South Dakota to complete the Grand Slam of all four subspecies of the wild turkey. He went on to be a member of the pro-staff of Hunter’s Specialties, then went on to become a regular host on Avian-X TV and a member of the pro-staff of Zink Game Calls and Avian-X decoys.

Last April, Morrett accepted his position with the PGC’s Bureau of Information and Education headed by Steve Smith. His work focuses both on recruiting new hunters and keeping existing hunters involved and satisfied in their pursuits.

“It’s no secret that hunter recruitment is essential to wildlife management, and the best way to recruit new hunters might just be by maintaining strong ranks of experienced hunters to mentor those who are starting out,” Smith said. “Because marketing helps to achieve such results, an investment in marketing — as the Game Commission has made with this hire — is an investment in the future of hunting and trapping in Pennsylvania, as well.”

PGC executive director Bryan Burhans said there was more to Morrett’s hiring than turkey-hunting prowess. Throughout his career, his marketing work had helped to take the companies for which he’s worked to new levels, which Burhans said makes him a great hire for the agency.

“A lot of Matt’s success stems from who he is as a person,” Burhans said. “He’s someone hunters identify as one of their own, and someone they know they can trust.

“That goes a long way in fostering the types of lasting partnerships that make wildlife conservation fire on all cylinders. We couldn’t be happier to have put Matt’s talents to work for the Pennsylvania Game Commission to benefit the state’s hunters, trappers and wildlife.”

Morrett said that spending 20 years working in the hunting industry, which included traveling the country giving seminars, was extremely rewarding. When given the opportunity to work for what he considers the finest conservation agency in the country, he felt it was an offer he couldn’t refuse.